Finally breaking her silence, Ombudsman Conchita Carpio-Morales maintained on Wednesday that her office will not enforce Malacañang’s suspension order against Overall Deputy Ombudsman Melchor Arthur Carandang, claiming it is unconstitutional.

Saying that the recent spate of events was a “great cause of concern,” Morales said that she would not “allow herself to betray her sworn duty to uphold the Constitution.”

Morales’ reaction came after President Rodrigo Duterte ordered the suspension of Carandang despite issues raised on its constitutionality. The Supreme Court, in 2014, declared such move as unconstitutional.

Malacañang announced on Monday that it preventively suspended Carandang for 90 days after he made public the documents related to Duterte’s bank accounts.

The Bombay high court has directed the Mumbai Crime Branch to provide copies of witness statements to artist Chintan Upadhyay, who was arrested in the case related to the 2016 murder of his estranged wife and her lawyer. The court, while hearing the Upadhyay’s application, observed that an accused was entitled to the copies of statements of witnesses that were being relied upon by the prosecution.

Upadhyay’s wife Hema, an installation artist, and her lawyer Haresh Bhambani were killed on December 11, 2016 and their bodies were disposed of in cardboard boxes, which were found in a drain in suburban Kandivali. Police have arrested Chintan as well as other three accused in the case. Upadhyay approached HC after Dindoshi session’s court had rejected his bail last year. A single bench of Justice Sadhana Jadha on last week was hearing bail application of Chintan Upadhyay. He had claimed that he was not given copies of statements, which, according to him, are vital in proving his innocence in the case.

“The accused person would be entitled under law to have copies of statements of all witnesses which are being relied upon by the prosecution. The prosecution cannot withhold the same,” Justice Jadhav said.

The HC has kept the bail plea for hearing on February 24 and directed the prosecuting agency to provide copies of statements to the accused. The high court also permitted the intervening application filed by Bhambhani’s family members opposing Upadhyay’s bail application.

The Philippines: CHR’s Cadiz: Show-cause order over comments may cause ‘chilling effect’

‘If I, as a lawyer and commissioner of an independent constitutional body, should be cited for expressing an opinion…what kind of precedent would that set for people who question the government every day?’ 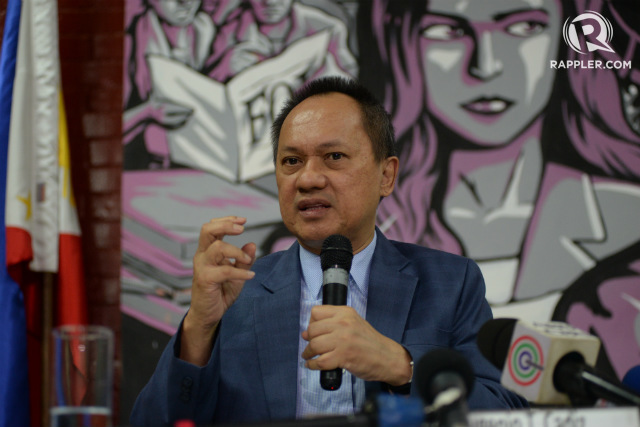 Commission on Human Rights (CHR) Commissioner Roberto Eugenio Cadiz raised the potential chilling effect of the show-cause order issued by the House committee on justice over his recent comments on the impeachment hearing against Chief Justice Maria Lourdes Sereno.

“It appears to be, at best, an attempt by public officials to exact punishment over what they perceive to be a personal slight,” he said in a letter addressed to Oriental Mindoro Representative Reynaldo Umali. “At worst, it may be interpreted as yet another attempt to silence criticism in a pattern of closing democratic space.”

On November 27, the House committee asked Cadiz why he should not be cited in contempt after he said on November 20 that the “law of the jungle” seemed to be prevailing as the impeachment hearing continued.

Expressing disbelief that his comments would warrant being cited in contempt, Cadiz said the House of Representatives should be aware of how the order might contribute to the “observable pattern of closing of democratic space.”

He, however, stood by his opinion that the proceedings “are based on the tyranny of numbers and political interests of the supermajority, rationalized by a flimsy invocation of the law.”

China: China’s ‘Residential Surveillance at a Designated Location’ – a licence to disappear, hold and torture dissenters China, which British Prime Minister Theresa May visited last week and with which the Vatican has reportedly signed a controversial deal, is a land of euphemisms. Underneath the glistening bright towers of economic growth, the vicious strangulating repression of the Communist regime lurks, and under Xi Jinping its reach has widened and its brutality intensified. Xi’s regime has perfected an ability to twist truth as it twists the necks of dissidents, and turn the rule of law into rule by laws that legalise barbaric torture. American scholar Perry Link once aptly described the ‘anaconda in the chandelier’ in China’.

One of the latest euphemisms is the peculiar term “residential surveillance at a designated location” (RSDL). It sounds mild compared to imprisonment; it sounds like you might simply be monitored at home, or held under some form of house arrest. In truth, it’s the very opposite – a licence to disappear people in the middle of the night, to an unknown location, to torture with impunity. Hotel rooms, the backs of restaurants, offices and empty apartments are transformed into secret torture chambers.

A new book, The People’s Republic of the Disappeared, documents what happens under RSDL – it is the first of its kind to do so. A compilation of testimonies edited by American human rights activist Michael Caster, it paints a chillingly consistent picture of a land of lies, intimidation and physical and psychological torture.

Teng Biao, a well-known exiled Chinese lawyer, defines RSDL in the Foreword as “a system for prolonged, pre-trial detention outside a formal, legal location” but one which includes “a more severe, more terrible coercive measure than normal criminal detention”. RSDL, he adds, “is not limited by detention centre regulations, nor any real supervision at all. The chances of torture are greatly increased; in fact, torture has become rampant under RSDL.” The forms of torture include “long periods of sleep deprivation, beatings, electrocution, forcibly handcuffed and shackled, ….subjected to stress positions, denial of food and water, … extensive and continuous interrogation sessions, threats of violence, or threats to family. Everyone placed in RSDL is kept in solitary confinement.”

The suddenness of abductions of dissidents and activists taken into RSDL is shocking. Lawyer Wang Yu recalls the night the police came for her, the lights in her house were cut “without warning”. Before being able to telephone for help, she writes, “someone had already broken through the door, and was instantly upon me. The light from his headlamp flashed into my face.” She was handcuffed behind her back, pushed onto a bed and a black hood was forced over her head.