Egypt/Day of the Endangered Lawyer: Nederland 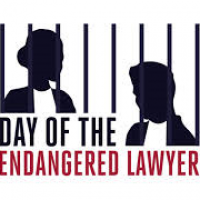 Authorities in China’s southern province of Guangdong have canceled the legal license of human rights lawyer Sui Muqing, he told Reuters on Tuesday, a week after another prominent rights lawyer was detained following similar punishment.

Since coming to power in 2012, Chinese President Xi Jinping has presided over a sweeping crackdown on dissent, which has seen hundreds of rights lawyers and activists detained and dozens jailed.

“I’ve taken on a lot of relatively high-profile human rights cases,” Sui told Reuters. “This is the settling of accounts after the autumn harvest,” he added, using a phrase that means to face the authorities after a movement has ended.

An active and outspoken rights lawyer based in the city of Guangzhou, Sui had regularly defended fellow lawyers and activists charged by the authorities.

The Guangdong justice bureau unexpectedly called him late on Monday, asking for a meeting the next day, at which officials handed him papers saying he had been disbarred for violating conduct rules for lawyers, Sui said.

Egypt/Day of the Endangered Lawyer: Madrid

Australia: ‘A targeted attack’: Street locked down after a lawyer is SHOT DEAD execution style in front of terrified shoppers at a cafe on a busy western Sydney shopping strip with the gunman on the loose

A man who was shot and killed in a ‘targeted attack’ inside a cafe in Sydney’s west has been revealed to be a well-known criminal lawyer.

Vietnamese-born lawyer Ho Ledinh was killed while dining at the Happy Cup Cafe in Bankstown’s Old Town Plaza at 4pm on Tuesday, after a gunman shot him several times in the pelvic region.

Mr Ledinh – of Ledinh Lawyers – previously owned the cafe where he was shot and was described by close friend Van Nguyen as ‘a wonderful father’.

Detectives believe the shooting to be a ‘targeted attack’ as they continue to hunt the offender.

Mr Ledinh was a prominent lawyer with offices in Bankstown and he previously represented Phillip Nguyen, who was jailed for the shooting death of policeman Bill Crews in 2010.

Egypt/Day of the Endangered Lawyer: Istanbul

* Istanbul, İzmir and Ankara (ÇHD, together with ÖHD) will hold public protests  and/or issue press releases.

* The other branches of ÇHD, which do not have the chence to organize a public protest, will support the activities by alternative actions, like sharing support videos etc.

* Also in Istanbul, the Commitee of Arrested Lawyers (which was organized de-facto after the arrestments of the lawyers from ÇHD and ÖHD) will organize a panel discussion.

Appeal to the Egyptian Government – Respect the rights of Egyptian lawyers

Egypt is going through the most serious human rights crisis in its history. Every day security forces arbitrarily displace 3 or 4 people (AI Secretary General, 18 Dec. 2016).

In 2018 the focus of all activities concerning the Day of The Endangered Lawyers will entirely focus on Egypt. Today in Egypt, human rights activists, lawyers, and journalists, all have to live with their phone calls being tapped, and with intimidation and threats from the authorities. After the overthrow of President Mohammed Morsi the human rights situation has deteriorated dramatically. The government has restricted severely freedom of expression, freedom of assembly, and freedom of association. The authorities have taken harsh actions against dissidents, ten thousands have been arbitrarily arrested, and many of them tortured during custody. Security forces that killed demonstrators have not been held accountable. After harsh unfair trials, hundreds of people have received prison or even death sentences. Victims of this persecution include not only alleged members and supporters of the Muslim brotherhood but also any other opponents to the present government, in particular alleged members of left organizations and human rights activists. 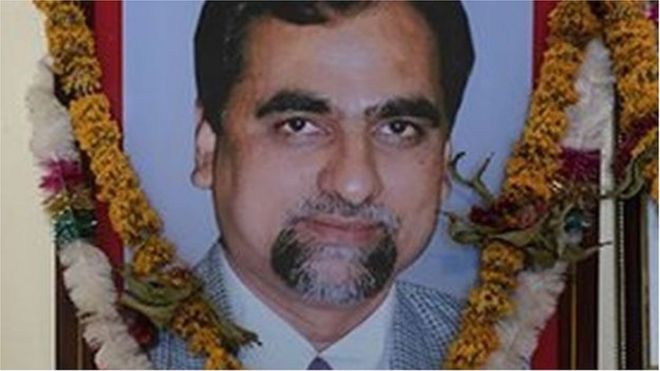 India’s Supreme Court has said that the 2014 death of a lower court judge, BH Loya, is a “serious matter” which needs to be examined objectively.

Judge Loya died of a heart attack before he was due to give a verdict in a case of ruling BJP party chief Amit Shah, accused of ordering a murder.

The new judge assigned to the case ruled against putting Mr Shah on trial.

The top court is hearing petitions calling for a probe into allegations that the judge was murdered.

On Monday the court ordered the two other petitions pending in the case be transferred to itself from the Bombay High Court, and will now hear them in February.

According to official records, Judge Loya died of a sudden heart attack.

“As of now, it’s a natural death. Let’s not cast aspersions. Let’s not prejudge,” said Justice DY Chandrachud, who is one of the three judges presiding over the hearing.

In November, Indian magazine The Caravan published a story in which Judge Loya’s family raised serious questions over the circumstances around his death.

Authorities in the Chinese capital have confirmed they are holding a top human rights lawyer under criminal detention on public order charges, searching his home and denying him visits from a defense attorney, RFA has learned.

“According to Article 80 of the Criminal Procedure Code of the People’s Republic of China, this department has placed Yu Wensheng … under criminal detention as of 1:00 a.m. on Jan. 20, 2018, on suspicion of obstructing public servants in the course of their duties,” Yu’s notice of criminal detention said.

The notice, a copy of which was sent to RFA, was issued by the Shijingshan branch of the Beijing police department, and dated Jan. 20.

Yu’s wife Xu Yan said her husband hasn’t yet been allowed a visit from a lawyer.

“I [went to] the Gucheng police station in Shijingshan, and they gave me a notification of criminal detention,” Xu said. “[Yu] has already been transferred to the Shijingshan Detention Center in Beijing.”

“They are saying that there was physical resistance when they went to detain Yu Wensheng, but I think that’s just a pretext [for holding him],” she said.

Xu said attorneys Ma Wei and Song Yusheng, whom she hired to defend her husband, hadn’t been allowed to visit him on Monday when they showed up at the detention center.

Xuzhou Municipal Public Security Bureau informed Yu Wensheng’s family members that Yu was held under residential surveillance at a designated location for the alleged crime of “inciting subversion of state power”. Yu had been taken away by the public security offers on Jan 18 this year. The PSB later had imposed “criminal detention” on Yu for his alleged crime of “obstructing official business” on Jan 20. Yu has not been allowed to meet his lawyers.