On 30 December, lawyer Mahienour El-Massry was sentenced to two years in prison. According to our information, the appeal hearing in her case will take place on 13 January 2018. L4L called for her immediate release –> http://bit.ly/2D0nAZc

Expressing condolences over the brutal murder of a minor in Kasur, Chief Justice of Pakistan (CJP) Mian Saqib Nisar on Thursday called upon the lawyers to end their strike over the incident.

The CJP made these remarks while hearing the case of Al Razi Medical College Peshawar earlier today.

“Entire nation’s head hangs in shame over the incident in Kasur,” he remarked.

Making a comment on the strike being observed by Punjab Bar Council, the chief justice said the strike call by lawyers over the incident is unjustified since the entire nation is in grief and anger.

“Kasur incident is an embarrassment for people across the country as Zainab was their daughter too,” he noted.

The Punjab Bar Council has demanded an immediate arrest of the culprit(s) and announced a complete boycott of courts today.

Justice Nisar emphasized that protest is a fundamental right to every citizen but a boycott of court would delay the proceedings in many cases and litigants will suffer from it.

CCBE: CCBE Side Event “Threatened lawyers: the end of the Rule of Law in Europe?”, January 24th in Strasbourg

The CCBE supports this work and considers that such an instrument is needed in order to respond to the attacks against the role of lawyers which have grown over the recent years (see full CCBE position EN FR).

The report drafted by the rapporteur of the Committee on Legal Affairs and Human Rights was adopted unanimously on 12 December 2017 and underlines the need for such a Convention (see adopted report EN FR).

The next step will be for the PACE to vote on the draft recommendation adopted by the Committee, which requests the Council of Europe Committee of Ministers to draft and adopt such a convention.

The CCBE will hold a Side Event on 24 January (1-2 pm) in Strasbourg, in conjunction with the Parliamentary Assembly of the Council of Europe (PACE) session

The main objective of this Side Event entitled “Threatened lawyers: the end of the Rule of Law in Europe?”  is to convince PACE members of the need for a European Convention on the profession of lawyer.

The CCBE Side Event will highlight the increasing attacks on lawyers in Council of Europe States with concrete testimonies from lawyers, who have themselves been victims of human rights violations. The CCBE will also explain why a European Convention on the profession of lawyer is needed in order to counter those attacks, and allow lawyers to play their essential role as actors in the system of justice and to contribute to protecting the Rule of Law.

Please see attached the programme and a brief summary entitled “Why a European Convention on the profession of lawyer is needed”.

Please note that the number of external participants (i.e. non parliamentarians) is limited to 30.

Please also note that the Side Event will be in English (with interpretation in Russian). 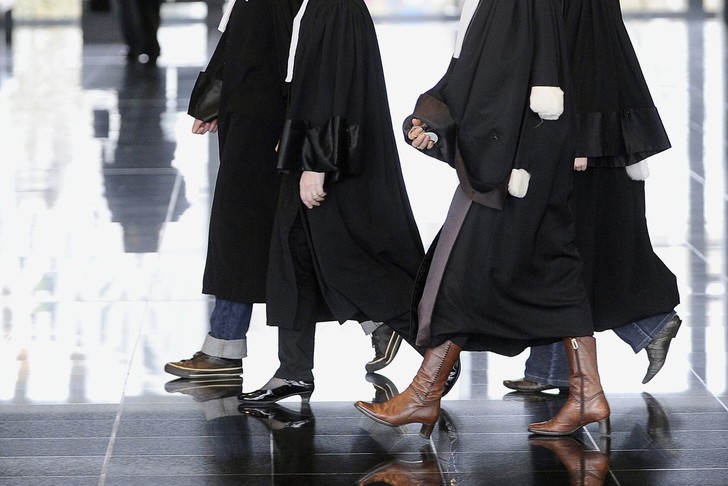 China: Wife Of Chinese Activist Petitions To Live In Jail With Husband

Lai Wei wants to stay by the side her Chinese human rights advocate husband, Liu Yao, who was recently condemned to a 20-year prison sentence.

It is not unusual for a husband or wife of a jailed political prisoner to campaign for their spouse’s release. But the wife of Liu Yao, a Chinese human rights defense lawyer recently condemned to a 20-year sentence in the southern province of Guangdong, has taken another recourse: Lai Wei has applied to be allowed to live inside prison with her jailed husband, Radio Free Asia’s Chinese website reports.

Liu Yao had gained prominence by defending local farmers whose land had been grabbed illegally by unscrupulous officials. He was first detained in 2007, and subsequently sentenced to four years in jail. In 2015, he was once again accused of crimes, including extortion, fraud and child-trafficking because his wife, suffering from infertility, had adopted a child.

Beijing has used many forms of harassment to try to silence the defenders of rights.

The particularly harsh sentencing, which was upheld in appeal in November, was widely regarded as a reprisal by the corrupt officials his cases had targeted.

Lai Wei petitioned the court late last month to be allowed to join her husband in prison. ”Though my husband is convicted to imprisonment, the law, however, doesn’t specify that married prisoners be deprived of continued emotional communication and cohabitation with their spouses,” she wrote in her request.