A three-member bench, headed by Justice Asif Saeed Khan Khosa, will resume hearing of a suo motu case on the killing of lawyers in a bomb blast in the Quetta Civil Hospital tomorrow (Monday).

In the last hearing in November last year, a three-judge bench, headed by Justice Asif Saeed Khan Khosa, had sought report from the federal and provincial governments regarding implementation of Justice Qazi Faez Isa’s report on the Quetta blast.

Trending: China in talks with Pakistan to build overseas military base: report

In August 8, 2016, some 73 people, majority lawyers, lost their lives and over 104 got serious injuries in the bomb blast.

Former Chief Justice Anwar Zaheer Jamali had taken the suo motu under Article 184(3) of the Constitution and had set up one judge inquiry commission. Justice Faez after probing the matter for 56 days prepared 110 pages report, which slammed the then federal interior minister (Chaudhry Nisar) and the chief minister and home minister of Balochistan of providing misleading information of the Quetta blast.

After thoroughly examining the concerned persons and obtaining responses from the relevant ministries, departments and institutions, the commission criticised the government and state apparatus in its “monumental failure to combat terrorism and perform basic protocols”.

The Delhi High Court yesterday disposed of the petition filed by Advocate Deepa Arya complaining of illegal arrest by certain police officials and seeking a CBI investigation into the matter.

On December 18, the police officials had broken into the house where Arya was staying and had arrested her despite an assurance given by the Additional Public Prosecutor to the court that no coercive action would be taken in a matter against Arya.

The next day, the executive committee of the Delhi High Court Bar Association had called for a strike in protest of the illegal action taken against the 60 year old woman lawyer.

Appearing for the Delhi Police, Standing Counsel Rahul Mehrasubmitted a report undersigned by the Deputy Commissioner of Police South Romil Baaniya stating that there was a serious lapse on part of Sub Inspector Naresh Kumar.

Ukraine: Anna Nemtsova: She fought for dignity under the law and died of stab wounds, naked in the snow 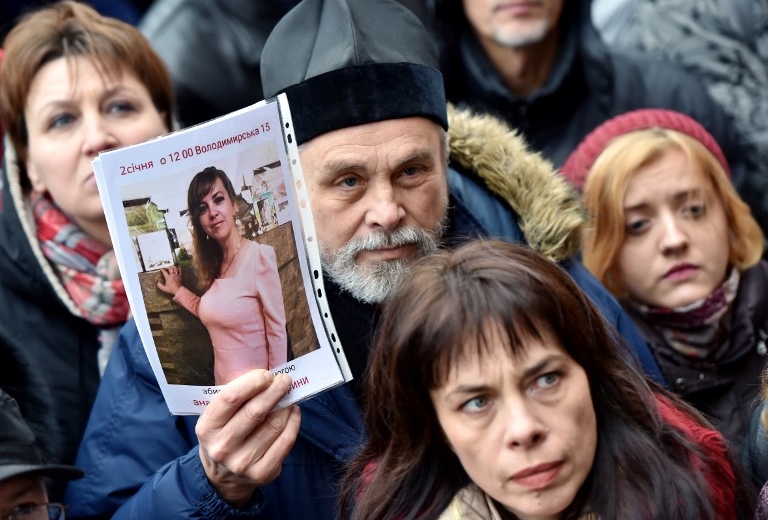 The last time Irina Nozdrovskaya was seen alive was on the night of Dec. 29. Thoughtful and serious, she was smoking a cigarette outside her office on Bankova Street, near the administration building of Ukraine’s president. Nozdrovskaya, 38, worked for the opposition and was known as a fearless human rights lawyer and a tireless fighter against corruption.

A Vietnamese court on Thursday rejected the appeal of prominent blogger known as “Mother Mushroom” who is serving a 10-year sentence for anti-state propaganda, days after one of her lawyers was disbarred in a case that has drawn global ire.

Nguyen Ngoc Nhu Quynh was sentenced to a decade in jail in June, a heavy term decried by rights groups that accuse the communist government of waging a harsh crackdown against critics this year.

Her appeal was denied by a court in the southern city of Nha Trang, her lawyer Ha Huy Son said, at a heavily-guarded trial closed to foreign media.

“The sentence is very unfair and biased. They argued that Quynh confessed her wrongdoings, but I think it‘s groundless and not in accordance with the law,” Son told AFP after the half-day trial.

A few days before her appeal, Vo An Don, one of her lawyers, was disbarred in a move he said was politically motivated.

“The main reason was that I had participated in defending the rights of several poor people and prisoners of conscience. The authorities might have hated me for that,” Don told AFP.

The bar association in nearby Phu Yen province accused Don of providing false information to foreign media, abusing his right to free speech by spreading propaganda and distorting the truth, according to the state-run Thanh Nien newspaper.