Nobel Peace Laureate Shirin Ebadi and five other prominent Iranian human rights lawyers have called for the prosecution of state officials who have encouraged violence against protesters in the anti-government demonstrations in Iran.

“We demand the immediate termination and independent prosecution of some officials whose statements have had a critical impact in inciting emotions and violence during the people’s lawful and peaceful demonstrations,” said the lawyers in a joint statement sent to the Center for Human Rights in Iran (CHRI) on January 3, 2017.

The human rights defenders also called for the release of demonstrators arrested for exercising their right to peaceful assembly, which is guaranteed by Iran’s Constitution.

Nasrin Sotoudeh, who spent three years in Evin Prison for legally defending dissidents and activists, told CHRI that the right to freedom of assembly is also recognized by the Universal Declaration of Human Rights, as well as the International Covenant on Civil and Political Rights, both of which have been ratified by Iran.

Sotoudeh added that those who revised Iran’s Constitution after the 1979 revolution fought to grant the people the right to freedom of assembly without a permit to allow dissent.

JUDGESHIPS IN IRAN: STEP DOWN, YOU ARE A WOMAN – A LEGAL ANALYSIS OF INTERNATIONAL HUMAN RIGHTS

Iran: Where Iranians Fighting for Freedom Will Be Tortured

Widespread protests against the regime have been ongoing in Iran since Thursday. What began as protests about the sky-rocketing cost of living soon broadened to target government corruption, Islamist rule and Supreme Leader Ali Khamenei.

The government has detained at least 450 people, while 21 people were killed in clashes across the country.

Many of those detained will be sent to special wards for political prisoners. The most notorious of these is Section 350 of Evin Prison located in Tehran. It has been the primary prison housing political dissidents in Iran since  it opened in 1972

Among those who have shared its walls is Abdolfatah Soltani. A prominent lawyer, Soltani founded the Human Rights Documentation Center in 2001, an organization formed by five well-known lawyers to offer pro-bono legal assistance to prisoners of rights. The center was shut down in 2008 on the day of a planned ceremony to celebrate the 60th anniversary of the universal declaration of human rights. Soltani was arrested in 2011 and sentenced to 18 years in prison. It was later reduced to 13 years by an appeals court.

In 2014 Soltani was placed in solitary confinement after a violent raid on Section 350 by prison guards. One-hundred riot police conducted a surprise search of the ward accompanied by intelligence ministry officials and members of the Iranian Revolutionary Guards Corps, the regime’s second army, charged with guarding the Islamic character of the revolution and owners of half the country’s oil and gas reserves (among many other businesses).

When the inmates objected to the search, guards beat them and destroyed their personal items. Over 30 prisoners were injured and 32 were subsequently transferred to solitary confinement, including Soltani.

Soltani’s experience in Evin is typical of prisoners there where beatings, torture, mock-executions, unsanitary and cramped conditions and more are all regular features of life in Evin prison.

Ukraine: Stab wounds found on Nozdrovska’s body, there are no suspects yet – police 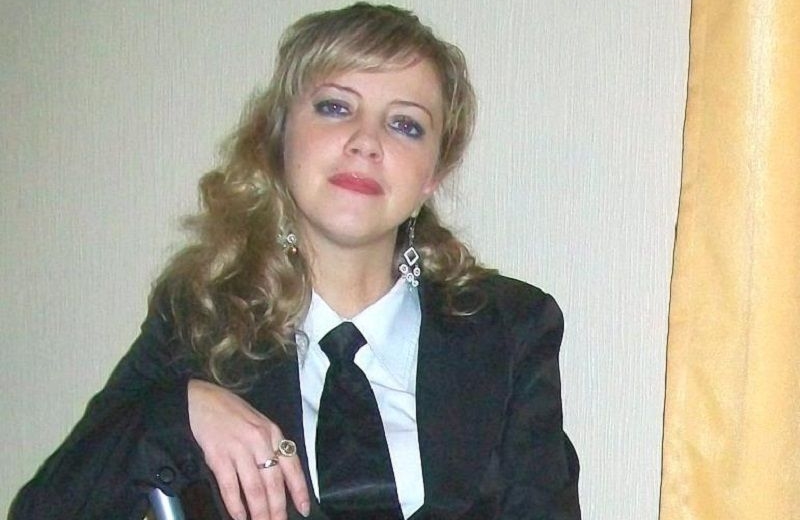 According to preliminary results of the forensic examination, stab wounds were found on the body of murdered lawyer Iryna Nozdrovska, but the final cause of death has not been established yet, the National Police of Kyiv region reported.

“We do not have the results of a final official examination yet. These data are preliminary. There is no definitive cause of death. There are stab wounds, but we cannot yet say what exactly she died from,” head of the Kyiv region’s national police communication department Mykola Zhukovych told Interfax-Ukraine agency on Wednesday.

According to him, the theory about the rape has been dropped. Law enforcers work through the remaining lines of investigation, there are no suspects yet.

Answering the question when the final results of the examination are to be expected, Zhukovych said: “We do not conduct it. We think that on Friday there will be some results of our investigation.”

As reported, human rights activist and lawyer Nozdrovska disappeared at the end of 2017 and was found dead in a river in Vyshgorod district, Kyiv region, on January 1. Her body was sent to a forensic medical examination. The police have opened a criminal proceeding on counts of deliberate murder. The Dokki court of misdemeanors adjourned to March 7 an appeal filed by lawyer Khaled Ali against a three month jail sentence issued against him.

On September 25, the court sentenced Ali to three months in jail over charges of waving with an indecent hand gesture during a protest over the handover of Tiran and Sanafir islands to Saudi Arabia.

Ali’s act came after a judicial ruling by the Supreme Administrative Court in January in the islands case.

Ali will have to pay 1,000 pounds on bail as part of the sentence.

An appeal hearing for potential presidential candidate Khaled Ali concerning a verdict issued against him for “public indecency” was adjourned to March 7, after video evidence against him appeared to have been manipulated, defense lawyers told Mada Masr https://t.co/6vDqg40Ktw pic.twitter.com/l5sSjFjAgu

France/Israel/Palestine: Palestinian-French prisoner punished by Israel for interview with journalist

Palestinian-French human rights defender Salah Hamouri has been punished by the Israeli authorities after conducting an interview with a French journalist.

According to prisoners’ rights group Addameer, for whom Hamouri works as a field researcher, the Israeli Prison Service (IPS) moved the 33-year-old dual national from al Naqab prison to Megiddo prison “under the pretext that he has been engaged in incitement”.

“Salah had participated in an interview with a French journalist where he discussed visits from his lawyer, the process of administrative detention, and the techniques used by the IPS against administrative detainees. He was informed of his being transported on 28 December 2017”.

Hamouri was arrested on 23 August from his home in a dawn raid, and is currently serving a six-month administrative detention order (no charge or trial).

“Hamouri has previously been held in Israeli prisons twice, with the first time amounting to around two years”, Addameer notes. “Subsequently, in 2005, Salah was sentenced to seven years. He was released after six and a half years as a result of the ‘Shalit’ agreement in 2011”.

Following his release, Hammouri “began studying law at al Quds University in Abu Dis. He had completed his degree, and passed the Palestinian Lawyers Union exam three days prior to his arrest”.

Change is possible, especially when people come together and take action. From writing letters of support and campaigning outside corporate headquarters, to welcoming refugees into our homes and changing laws for the better, hope overcame fear time and time again in 2017 – and it was all thanks to you.

The legal case against human rights defender Máxima Acuña Atalaya was quashed in a landmark win for environmental activists in Peru! After almost five years of proceedings in relation to unfounded criminal charges of land invasion, the Supreme Court of Justice ruled that the accusations were baseless. Ahead of the decision, more than 150,000 messages of support and solidarity from Amnesty supporters were collected. Our staff delivered the boxes of letters to Maxima in-person at her home in the mountains in Peru.