“The situation of lawyers in Turkey following the failed coup d’état of July 2016 and that of lawyers representing Kurdish clients, or otherwise associated with the Kurdish cause, have both given rise to grave concerns,” said Sabien Lahaye-Battheu, a reporter appointed by Parliamentary Assembly of Council of Europe (PACE) for “The case for drafting a European Convention on the profession of lawyer.”

Laheye-Battheu, who is a member of Alliance of Liberals and Democrats for Europe (ALDE) at European Parliament from Belgium, has also stated in her report’s provisional version that “the decree laws introduced under Turkey’s state of emergency reduced the rights of the defence” in the country.

The report’s parts related to the situation of defence and lawyers in Turkey as follow:

“According to the CCBE, by September 13, 2017, 1343 lawyers were subject to criminal prosecution and 524 had been arrested since the coup. These included 18 lawyers who had been representing the university lecturer and teacher dismissed under the emergency decree-laws.

“On May 9, 2017, Mustafa Özben, a lawyer and academic at a university shut down by the Turkish government on account of alleged links to the Gülen movement, was abducted in Ankara, following which his wife filed a complaint with the Turkish Constitutional Court alleging that he was kidnapped by the Turkish intelligence services.

“In July 2017, 3 lawyers were imprisoned for up to 12 years on charges relating to links to the Gülen movement.

“The CCBE has referred to a statement by the Adana Bar Association expressing its members ‘fear’ and ‘concern’ about possible reprisals against lawyers…, the decision made by some not to provide legal assistance to people detained in relation to the failed coup, and the negative treatment they faced from the police and prosecutors if they represented the detainees.

The police have summoned Anon Numpa, a human rights lawyer, and pro-democracy activist, to meet the police because of his Facebook post criticising a verdict. 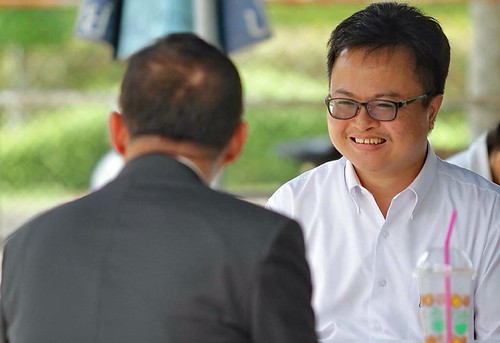 Anon Nampa (file photo)
According to Thai Lawyers for Human Rights, Lt Col Supharat Kam-in filed a complaint against Anon for his Facebook post, published on 2 Nov 2017. Supharat accused Anon of contempt of the court and importing false information onto the computer system, under Article 14 of the Computer Crime Act.
Anon’s problematic post is related to a news report about the Khon Kaen Court’s verdict on 2 Nov which found seven anti-junta activists guilty of contempt of the court for their activities in front of Khon Kaen Court on 10 Jan 2017. The peaceful symbolic activity was organised to give moral courage to Jaturapat Boonpattararaksa, alias Pai Daodin, a pro-democracy activist who has been sentenced to 2 years and six months in jail for lese majeste.
Among the seven is Sirawit Serithiwat, a well-known anti-junta activist who faces several charges from his political expression. The court sentenced Sirawith to six months in jail (suspended for two years), a fine and 1-year community service. The court also prohibits the seven “from associating or gathering to do any activity or repeating the same activity”.

Turkey/AI: OVER 40 MEMBERS OF CONGRESS URGE PRESIDENT TRUMP TO CALL ON TURKEY TO DROP CHARGES AGAINST TANER KILIÇ AND THE ISTANBUL 10 SHARE

Over 40 members of Congress recently sent a letter urging President Trump to call on Turkish officials to stop the prosecution of human rights defenders, drop charges against Taner Kılıç and the Istanbul 10, and immediately and unconditionally release those still in detention. This letter was co-sponsored by Representatives Randy Hultgren and Jim McGovern.

It states: “If these prosecutions are allowed to move forward without a clear response from the United States government, a precedent will be set that will not only threaten the legitimate work of Amnesty International and other human rights organizations, but will also embolden authoritarian regimes around the world. The Turkish government must understand that business as usual cannot continue under these conditions. The costs for human rights in Turkey – and for human rights around the world – will be immensely and unacceptably high.”

“We welcome Congressional support for Taner and the Istanbul 10, especially in light of the court’s decision to keep Taner behind bars. When human rights defenders are attacked for speaking up for fundamental rights, all our freedoms are put at risk,” said Naureen Shah, senior director of campaigns at Amnesty International USA. “Peaceful activists must be allowed to do their important work without fear of arrest or persecution in order to ensure a stable society with rights for all.” 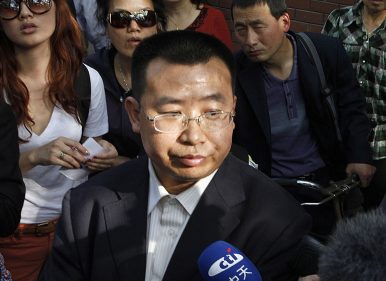 Dissident convictions and acts of censorship seem timed to avoid lumps of coal from international observers.

As families across the United States were preparing for their Thanksgiving feasts last month, a Chinese court in Changsha sentenced prominent rights attorney Jiang Tianyong to two years in prison. His alleged crime was trying to “overthrow the socialist system” by publishing articles online, speaking to foreign news outlets, and publicizing his clients’ cases via social media. At first glance, the timing of the decision may appear coincidental. But the Chinese government has a long history of sentencing free expression activists or ramping up censorship while observers in leading democracies are distracted with major holidays. This year may be no different.

Just two years ago, Guo Feixiong, another well-known activist, was sentenced to six years in prison on Black Friday, the day after Thanksgiving and one of the biggest holiday shopping days in the United States. Guo was punished for protesting in support of newspaper journalists who had gone on strike in 2013 over increasingly heavy-handed censorship. He was held in custody for more than two years, and had been the subject of numerous international appeals, reinforcing the suspicion that his sentencing was planned with the U.S. holiday in mind.

Such cases have occurred around Christmas and New Year’s Eve as well. Nobel Peace Prize laureate Liu Xiaobo received his 11-year prison sentence for online writings and a prodemocracy manifesto on Christmas Day in 2009. Prominent attorney Pu Zhiqiang — who had defended dissident artist Ai Weiwei, among other clients facing reprisals for criticizing the Chinese government — was handed a three-year suspended sentence on December 22, 2015.

Turkey: Member Of Turkish Court Of Cassation In Jail For 16 Months Due To False ByLock Record

Ali Yıldız, a senior judge and a dismissed member of Turkey’s Court of Cassation, has been kept in jail for 16 months due to false ByLock record, reported Brussels-based online news portal TR724.

The judicial oppression of the Turkish government which first dismissed thousands of judges and prosecutors and had later imprisoned them in the aftermath of a controversial coup attempt on July 15, 2016 continues. It has emerged during in a trial of supreme court judges pending in Ankara on Tuesday  that a member of the Court of Cassation has been kept in prison for 16 months on ground of someone else’s records due to the similarity of names, despite the fact that he did not use Bylock.