Human rights lawyer Francis-Xavier Sosu has revealed his willingness to quit the practice of law in Ghana, stating he cannot stand the level of injustice and arbitrariness of the General Legal Council.

Mr. Sosu who has been handed a three-year ban from practicing for professional misconduct, has accused members of the Council of destroying young lawyers in the country in order “to seek relevance”.

“To be frank with you, I’m so prepared right now to quit legal practice in Ghana. Oh of course, I’m prepared to quit. Me, i can’t stand injustices,” he said on Onua FM’s Yen Sempa morning show Friday.

He told host of the show, Bright Kwesi Asempa that members of the Council, which has recently been criticised for its posture, “have formed themselves into a cartel” and intimidating layers, especially the young ones.

In his estimation, the General Legal Council, which is the main regulatory body for the conduct and administration of legal education and profession in Ghana, has now become lawless with no regard for due process whatsoever.

“You constitute yourself into a body which is so arbitrary, which is so lawless,” he said, adding “Once a while, we must call a spade a spade in this country”. He made reference to his disciplinary hearing to support his argument, suggesting he was humiliated, insulted and mocked at by some senior judges on the Council. 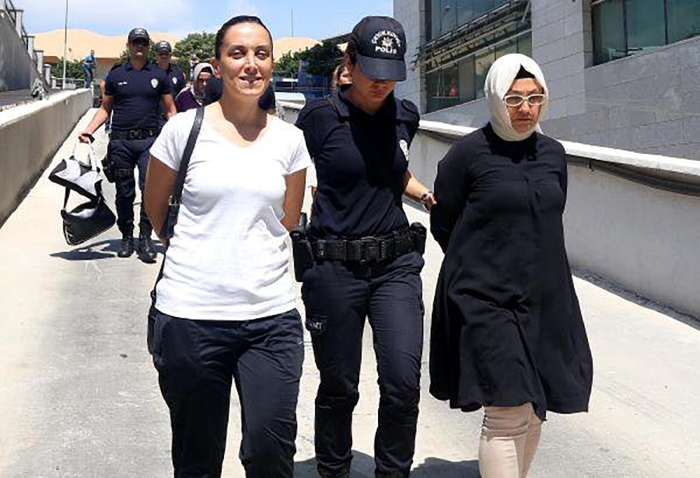 (Lawyers being detained in the province of Mersin. According to the data compiled by the Arrested Lawyers Initiative, 1448 lawyers have been prosecuted with 562 of them in pretrial detention. 69 lawyers were sentenced ranging from 4 to 14 years.)

The 3-month State of Emergency regime which was declared immediately after the coup attempt (21/07/2016) by the Council of Ministers “to preserve the democratic order” has been extended five times.

Despite calls by the European Union, the Council of Europe, the Venice Commission and human rights institutions to end, the State of Emergency Regime is still in force.

On the contrary to the purpose of declaring, the State of Emergency Regime has been used subversively against the democratic parliamentary system, the rule of law and human rights.

Under the Emergency State Regime;

With the 27 State of Emergency Decrees which exempt from judicial review,

Human Rights Watch and Amnesty International report that torture and ill-treatment are about to become the epidemic.

“Turkey, Under State of Emergency”

Protecting #humanrights for all is essential to maintaining international peace On this Human Rights Day ask for the release of these heroes who are advancing human rights in #SaudiaArabia , in#Egypt , in #Turkey in #UAE#StandUp4HumanRights#
Free the Lawyers now !

Activists in Egypt, like Mahienour and many others, are facing trial based on the Protest Law as well as the Assembly Law.
The latter has been put together in the year 1914 during the British Colonialism. It criminalises “an assembly that constitutes of more than 5 people, which shall risk the general peace…”

A law that was issued more than 100 years ago is the tool that is used to crack upon human rights activists.