Police have launched an investigation into an alleged assault Wednesday by members of Golden Dawn on two women, including a prosecution lawyer in the ongoing trial of MPs and supporters of the neo-Nazi party.

More than 20 members of GD were detained by police on Wednesday in connection with the incident.

The lawyer, identified as Evgenia Kouniaki, was reportedly getting off a trolley bus on Alexandras Avenue and headed to Athens Police Headquarters (GADA) when she was set upon by a group of GD members who had been passing out fliers, according to witnesses.

Five protected witnesses, all former members of GD, had been at GADA Wednesday in order to testify by video link at the special court in Korydallos Prison near Piraeus where the trial against Golden Dawn is being held.

However, judges decided that the witnesses should testify on Friday in the presence of a judicial official. Their voices will be distorted to protect their identities.

Norway’s prestigious Rafto Prize for human rights will be conferred here to two prominent human rights activists, Parvez Imroz and Parveena Ahangar,from disputed Jammu and Kashmir, Sunday, November 5. Both the Kashmiri activists will be speaking at the ceremony titled, ‘Voices of Kashmir – Defending Civilians in a Heavily Militarized Zone.’

Parvez Imroz is co-founder of the Jammu Kashmir Coalition of Civil Society (JKCCS), which promotes human rights and non-violence. The JKCCS has documented the Indian authorities´ use of torture in Jammu and Kashmir and published several reports, being used as reference document worldwide. Parvez is a veteran lawyer and has survived an assassination attempt.

The UK government has joined Canada, Germany, Italy and the Netherlands in expressing concern at the ongoing detention of Egyptian lawyer Ibrahim Metwally Hegazy, who was detained at Cairo airport in September – on his way to address the UN Enforced and Involuntary Disappearances working group.

A Foreign and Commonwealth Office statement today said: ‘We are concerned at the detention conditions that Ibrahim Metwally Hegazy is reportedly enduring, and continue to call for transparency on prison conditions in Egypt. We call on the Egyptian authorities to ensure the freedom of civil society and the protection from torture that are enshrined in the Egyptian Constitution.’

According to human rights group Frontline Defenders, Hegazy is a co-founder and the coordinator of the Association of the Families of the Disappeared in Egypt, a network of individuals whose loved ones have been subjected to enforced or involuntary disappearances. His own son, Amr Ibrahim Metwally went missing in 2013.

The group says Hegazy is being held pending investigation on charges of establishing an illegal organization, communicating with foreign entities to harm state security and disseminating false news.

Hegazy was the attorney in the case of Giulio Regeni, an Italian national who died in Egypt under mysterious circumstances. Cairo has denied accusations that the student died in custody. However, officials have admitted that security services were monitoring Regeni, a University of Cambridge PhD student who was researching trade unions. 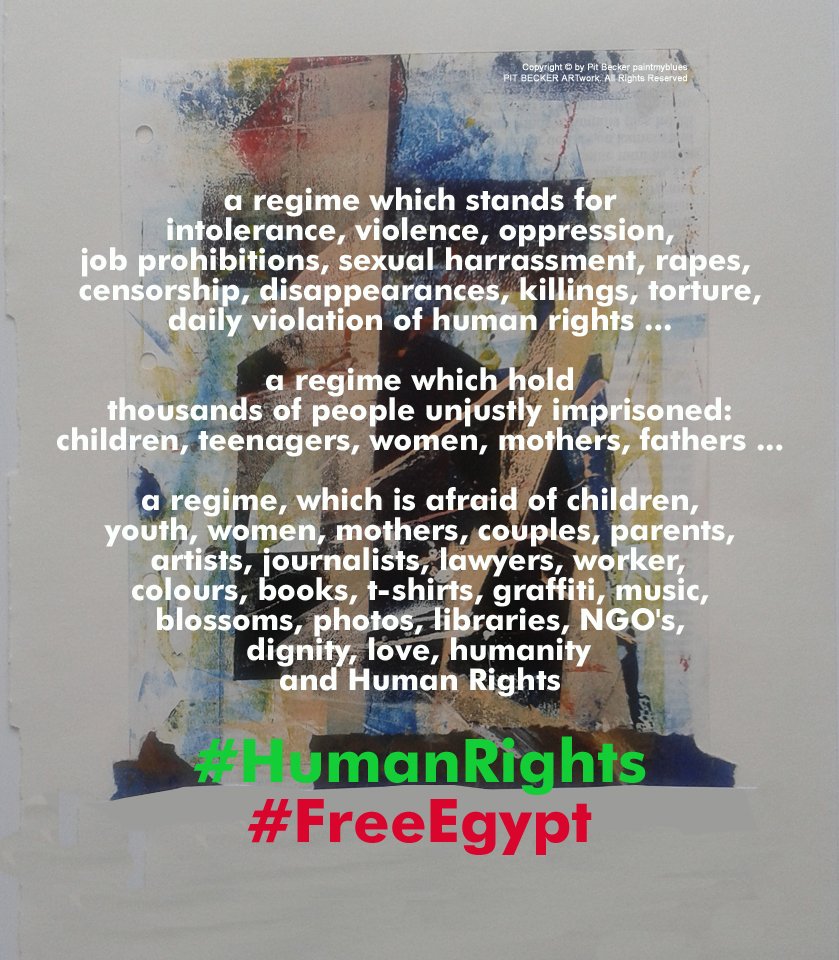 Tbilisi City Court has sent the former official of the Interior Ministry under the United National Movement (UNM) government, lawyer Giorgi Oniani to prison for four years and six months.

The court found him guilty on all four charges of abuse of authority, falsification of evidence, political persecution and illegal detention.

The Prosecutor’s Office reported that in 2011, when Oniani served as the deputy head of Gldani-Nadzaladevi police station in Tbilisi, he illegally detained Dao Print Manager David Shatirishvili for making t-shirts with the Georgian Dream logo, prior to the 2012 parliamentary elections when the Georgian Dream ended the nine-year rule of the UNM.

The prosecutor’s office stated that Oniani tasked his employees to plant drugs on Shatirishvili to charge him for drug-related crimes.

The Azerbaijani parliament has approved amendments to the country’s civil code that would effectively bar roughly 90 percent of the country’s legal professionals from practicing law. From EurasiaNet.

The amendments, adopted on 31 October, require presidential approval before they go into effect. They would give the state-controlled bar association complete control over the legal profession. Observers, as well as members of the legal community, characterize the move as the latest and most decisive step in an escalating crackdown on the country’s few remaining human rights lawyers.
Less than 24 hours after Azerbaijan’s parliament ratified the changes, several lawyers reported being summoned to their local police stations, where they were told they were no longer licensed to practice law and would be subject to arrest or fines if they continued.
The amendments herald the end of a two-tiered legal system that Azerbaijan adopted under pressure from its fellow members in the Council of Europe. Azerbaijani lawyers are either vəkillər, licensed bar members who pass a series of written tests and a highly politicized oral examination, or hüquqşünaslar, registered lawyers who have not passed the bar but, until now, have been entitled to represent clients in all non-criminal courts.
Under the amendments, an estimated 8,000 registered lawyers stand to be barred from representing clients in any Azerbaijani court, leaving a nation of nearly 10 million people with only 934 registered legal professionals. At roughly nine lawyers per 100,000 people, that would be a ratio that is 18 times lower than the European average, and by far the lowest figure of any Council of Europe member.

“They stripped me”: A human rights lawyer on her year of secret detention in China

Advocate Amit Katarnavar representing the deceased in a honour killing, Swapnil Sonawane, was attacked by unidentified persons at his office in Juinagar on Sunday.Sixteen year-old Sonawane was killed on July 19, 2016, in an alleged honour killing for being in a relationship with an upper caste girl.

Four men barged into Katarnavare’s office at Juhinagar’s Sector 23 on Sunday and allegedly attacked him with bamboo and hockey sticks. He was rushed to Dr. DY Patil hospital at Nerul where he is presently undergoing treatment. He has sustained injuries on his skull, legs and hands. According to Senior Police Inspector, Nerul police, “We registered an FIR on Sunday. We have recorded his statement on Monday. We have got some leads about the accused. The matter is being further investigated.”

Katarnavare was attacked earlier too and his car was damaged and had demanded protection from the Navi Mumbai police. Sonawane’s trial was to begin from this Monday at Thane sessions court. Sonawane was killed since the girl’s family allegedly didn’t approve of him as he belonged to a different caste.The girl belongs to the OBC Agri community. Seven people including the girl’s relatives and their friends were arrested by the Nerul police.

The Solicitors Regulation Authority is to contest Leigh Day’s exoneration on misconduct charges brought in connection with claims brought over allegations over British forces’ behaviour in Iraq.

The regulator confirmed its intention to take proceedings to the High Court during a Solicitors Disciplinary Tribunal hearing yesterday, the Gazette can reveal.

Leigh Day, which was cleared of misconduct along with three of its solicitors, has applied for the SRA to pay 60% of its final costs bill. Initial estimates suggest the firm has incurred £7.8m defending itself so far. The firm applied for an interim £1.5m payment on account during yesterday’s hearing, but the SRA contested this partly on the grounds it will appeal the overall decision.

Timothy Dutton QC of Fountain Court Chambers, representing the SRA, said the appeal will be based both on points of law and contesting the tribunal’s judgment.

He gave an indication that the SRA would rely on the fact that one tribunal member dissented on some of the charges and thought they should have been found proven. The SRA will also argue that separate, but in its opinion linked, charges relating to Public Interest Lawyers director Phil Shiner – who worked in conjunction with Leigh Day – were found proven at SDT.

Dutton added: ‘In these circumstances an appeal clearly has prospects of success, particularly in circumstances where a fellow tribunal has unanimously found matters proved against Mr Shiner.’

Dutton said the SRA’s costs – understood to be around £1.5m – were significantly lower than those incurred by Leigh Day, and the regulator had yet to see a breakdown of elements of the firm’s costs.

The Misdemeanors State Security Court in Aswan released on Wednesday all detained Nubian activists over an unauthorized protest they staged in September, and adjourned the case to December 12.

The defendants were arrested on the third day of Eid al-Adha during a demonstration on the Aswan Corniche to demand compensations for Nubians displaced during the construction of the High Dam and Lake Nasser half a century ago.

Aswan Prosecution Office ordered 24 Nubians be detained pending investigation on charges of organizing an unlicensed protest, disrupting public order and halting traffic to pressure the government to fulfill their demands.

They called for a presidential decree to be issued for the return of Nubians to their original lands on the banks of Lake Nasser and to activate Article 236 of the Constitution, which stipulates Nubians should be allowed to return to their ancestral lands.