One hundred days after prominent rights lawyer Gao Zhisheng went missing from house arrest, police in the northern province of Shaanxi have denied claims from ruling Chinese Communist Party village officials that they are holding him.

A police officer who answered the phone at the Jia county police department on Monday was unable to answer questions on Gao’s whereabouts when contacted by RFA on Monday.

“Ah yes, right, I don’t really know, because it’s not our case,” the officer said, when asked to confirm Gao’s whereabouts. “This isn’t a criminal police matter.”

Asked who is overseeing Gao’s detention, the officer replied: “The state security police.”

Asked if Gao is in the custody of state security police, the officer said: “Uh-huh,” before hanging up the phone.

Gao, 53, has been incommunicado after disappearing on Aug. 13 from his previous house arrest in a cave dwelling in Jia county’s Xiaoshibanqiao village.

Last week, a rights group monitoring Gao’s case said he is being held in secret police custody in a darkened room with no access to the outside, but without specifying which branch of China’s police are holding him.

“They stripped me”: A human rights lawyer on her year of secret detention in China

#CHINA-“We could torment you for a few more rounds. Even if you died, your old age would be a legitimate explanation.” TAKE ACTION for detained rights lawyer #LiYuhan! She suffered physical abuse in detention & is at risk of torture and other ill treatment https://t.co/srEbHTHGVC pic.twitter.com/NpoJfy0w20 “I know I will not be treated fairly by the judiciary.”

A prominent Iranian lawyer who was previously imprisoned for her peaceful defense of human rights has refused to comply with a summons by the Revolutionary Court in Evin Prison because “I know I will not be fairly treated,” she told the Center for Human Rights in Iran (CHRI).

“I know the court will not follow legal procedures and I will be tried under unfair circumstances,” Nasrin Sotouteh told CHRI on November 20, 2017. “Therefore I will not appear in court; I know I have not broken any law.”

The summons, issued on November 16, 2017, warned she would be arrested if she did not comply with the order within three to five days.

“I have no idea why I have been summoned,” Sotoudeh told CHRI. “I represented Parastou Forouhar after her family home was burglarized, and I have defended children who have been sexually abused. Perhaps these cases have touched raw nerves,”

Forouhar is due to appear at Branch 28 of the Revolutionary Court in Tehran on November 25, 2017, to face the charges of “propaganda against the state” and “insulting the sacred,” brought by Iran’s Intelligence Ministry. 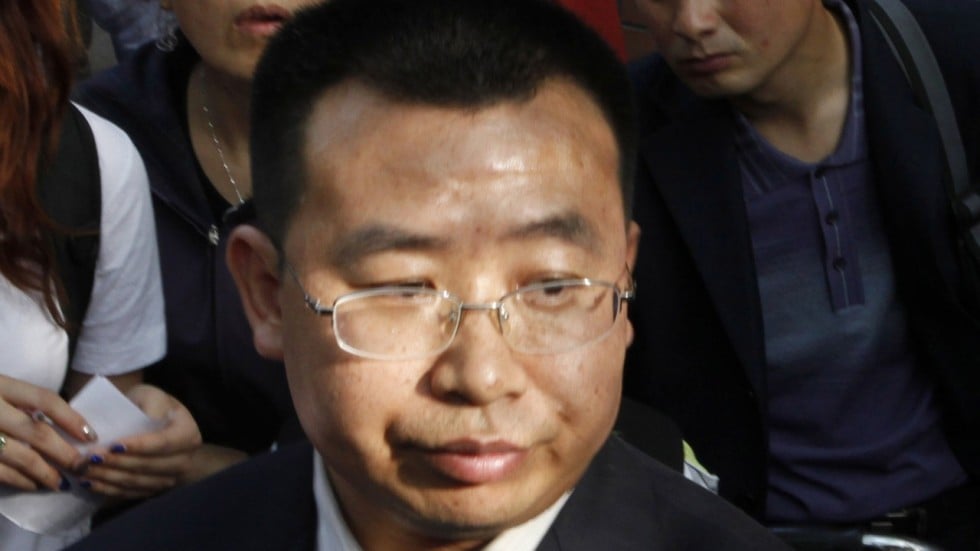 Lawyer and rights activist Jiang Tianyong is expected to be handed a verdict on his subversion charges on Tuesday, his wife says.

Jiang is known for defending high-profile dissidents and practitioners of Falun Gong, the banned spiritual movement, before he was disbarred in 2009.

He disappeared in November 2016 after travelling to Hunan to support fellow rights lawyer Xie Yang. Jiang was later charged with “inciting subversion of state power” and was put on trial in the central province in August.

“The government-appointed lawyer told his father of another court session scheduled for 9.30am on Tuesday,” Jiang’s wife Jin Bianling said by phone from Los Angeles. “He also told Jiang’s sister there would be a verdict … and that Jiang’s father could attend.” 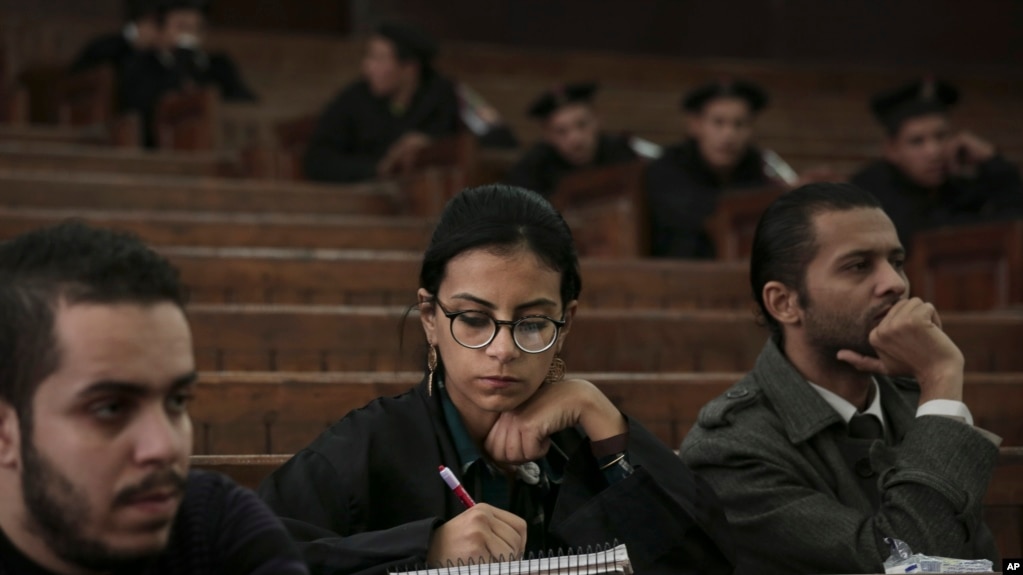 An Egyptian court has ordered a prominent activist to remain in custody pending trial on charges of participating in an illegal protest against the government’s transfer of two strategic Red Sea islands to Saudi Arabia, a rights lawyer said on Saturday.

Mahinour el-Masry, a rights lawyer herself and notable activist from the country’s 2011 uprising, and another defendant attended Saturday’s trial in the Mediterranean city of Alexandria, said Taher Aboelnasr.

The court ordered that they remain detained until it reconvenes on Dec. 30.

Aboelnasr said el-Masry and four other activists are on trial over charges of protesting illegally in June against the surrender of the islands of Tiran and Sanafir at the mouth of the Gulf of Aqaba to Saudi Arabia. The presidency has since ratified the transfer of the islands.

After the islands agreement was first announced in 2016, Egypt saw the largest anti-government protests since President Abdel-Fatah el-Sissi took office in 2014. Hundreds of demonstrators and activists were arrested, with most later released.

In 2015, Egypt’s top court sentenced el-Masry and two others to 15 months in prison on charges of attacking a police station in Alexandria in Dec. 2013.

She and her co-defendants were given two-year prison terms. They appealed and lost, but were given reduced sentences.

El-Masry, 31, is a member of the Revolutionary Socialists movement. She is widely known for her activism in many labor movements, and on behalf of Syrian and Palestinian refugees in Egypt. She has been outspoken on the rights of detainees and political prisoners.

El-Masry was awarded the Ludovic Trarieux Human Rights Prize in 2014 for her work as a “defender of human rights.” At the time she was serving a six-month sentence in a separate case in which she faced charges of illegally protesting in 2013 in solidarity with Khaled Said, whose brutal 2010 death while in state custody helped spark Egypt’s 2011 uprising.

All unauthorized demonstrations in Egypt are illegal under a law adopted in late 2013 and security forces have previously used lethal force against peaceful demonstrators.

URGENT: How to help if you’re abroad

What you can do:

Take action now – Send protests to the Egyptian authorities via the embassy in your country calling for the immediate release of Mahienour, Medhat and all other political prisoners. In the UK email eg.emb_london@mfa.gov.eg 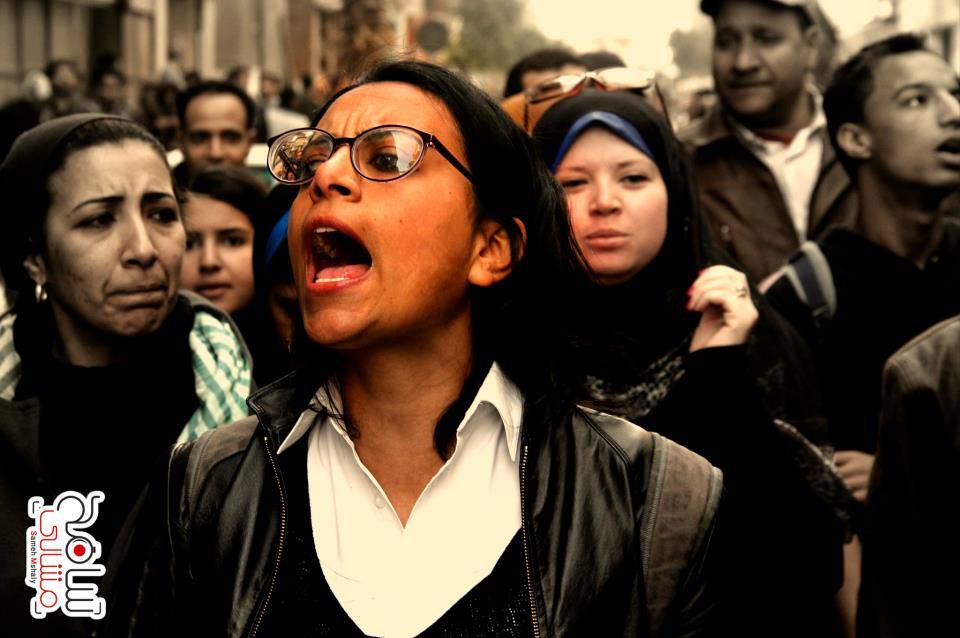