Turkey: The Right to Free Association Vanished in Turkey

28 of the 1412 associations that were shut down were lawyer associations  or law societies operating in 20 different provinces of Turkey. The majority of these lawyer associations’ members also are under prosecution with sham terrorism accusation. As of 9th October 2017, 550 lawyers have been arrested (since 15th July 2016) and 1398 lawyers are under prosecution. So far, 39 lawyers were sentenced to long imprisonment. Some of the arrested lawyers were subjected torture and ill-treatment.

The Right to Free Association Vanished in Turkey 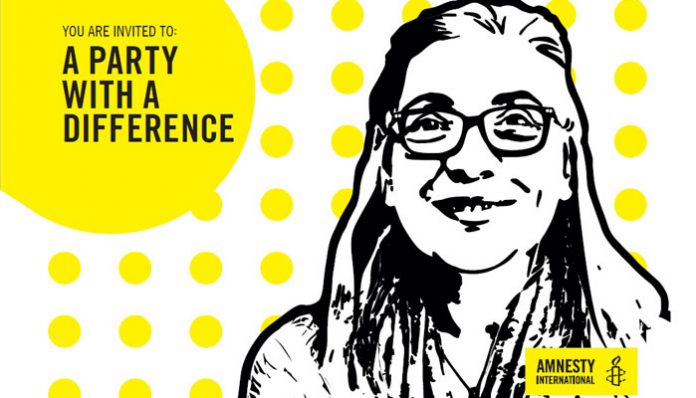 Last time the European Union and Tajikistan held high-level talks on human rights in summer 2016, Tajik authorities were in the midst of the worst crackdown in the country’s recent history. Six days before talks took place, the country’s supreme court had sentenced the leaders of Tajikistan’s leading opposition party, the Islamic Renaissance Party of Tajikistan to cruelly long prison sentences. The trials were politically motivated, and the defendants tortured. There was no evidence of the activists’ involvement in non-peaceful activities.

This Thursday, the human rights dialogue will once again take place in Tajikistan’s capital, Dushanbe. But this year, things are even worse.

More than 150 political activists, including at least three human rights lawyers – Shuhrat Kudratov, Buzurgmehr Yorov, and Nuriddin Makhkamov – remain unjustly jailed. Kudratov, who’s already served three years, was to have been released last year but authorities kept him behind bars.  And just last week information surfaced that Yorov – who along with Makhkamov is serving 25 years – has been brutally beaten by prison guards recently and thrown into solitary.

The Venezuelan opposition, a Guatemalan indigenous leader and an imprisoned Eritrean writer were shortlisted on Tuesday (10 October) for the European Parliament’s prestigious Sakharov human rights prize.

The shortlist was decide by a vote by the members of the European Parliament’s foreign affairs and development committees.

Named after the dissident Soviet scientist Andrei Sakharov, who died in 1989, the prize is awarded every year to honour individuals who combat intolerance, fanaticism and oppression, often falling foul of their governments as a result.

The winner, the Parliament said in a statement, will be chosen on 26 October by the presidents of the European Parliament’s political groups and Parliament President Antonio Tajani.

Aura Lolita Chavez Ixcaquic is a member of the Council of Ki’che’ Peoples, which fights to protect natural resources and human rights from the expansion of mining, logging, hydroelectric and agro-industry sectors, the parliament said, adding she has faced threats.

Also on the list is Venezuela’s democratic opposition, led by National Assembly leader Julio Borges and including all political prisoners who were also Sakharov finalists in 2015. The names of Leopoldo López, Antonio Ledezma, Daniel Ceballos, Yon Goicoechea, Lorent Saleh, Alfredo Ramos and Andrea González are mentioned.

“The situation in Venezuela has been seriously deteriorating as regards democracy, human rights and socio-economy, in a climate of growing political and social instability,” it said.

The Argentine federal judge investigating the allegation that ex-President Cristina Fernandez de Kirchner’s administration conspired with Iran to hide Tehran’s culpability for the deadly 1994 bombing of the AMIA Jewish center in Buenos Aires announced on Monday that Kirchner has been subpoenaed to appear before him on October 26.

In the latest sensational development in a case that has proceeded for over twenty years without a single conviction, Judge Claudio Bonadio banned Kirchner and fourteen other defendants from leaving the country until they have provided their testimonies.

Bonadio’s case is based on the original complaint that was to have been submitted by late special prosecutor Alberto Nisman in January 2015, which laid out the charge of complicity with Iran against Kirchner, her foreign minister Hector Timerman and several other officials. Nisman was found dead in his Buenos Aires apartment the night before he was due to present his complaint to Argentina’s Congress; the initial spurious claim that Nisman committed suicide was finally disproven last week, when an official report from from Argentina’s Gendarmeria Nacional concluded that the federal prosecutor had been beaten, drugged, and then shot execution-style.

The Cairo Institute for Human Rights Studies (CIHRS) proudly announces that the director of its Egypt office, Mohamed Zaree, is the recipient of the 2017 Martin Ennals Award, a prestigious international award for human rights defenders from the Martin Ennals Foundation.  The award is dedicated to prominent human rights defenders who face great personal risks and dangers. Zaree emphasized that he viewed this honor not as a recognition of his work alone, but as a “recognition of the tens of thousands of Egyptian citizens who have been tortured, imprisoned, disappeared or killed over the last 6 years. Killed for nothing more than standing up to corruption and tyranny through peaceful means.”

Zaree was one of three finalists, along with Karla Avelar (El Salvador) and Free the 5 Defenders (Cambodia), selected in April from among hundreds of human rights defenders around the world. Today, October 10, 2017, at the awards ceremony in Geneva, Switzerland, the panel of ten judges representing major human rights organizations around the world,[1]announced it had chosen Zaree as this year’s laureate. Zaree could not attend the ceremony due to a travel ban from the Egyptian authorities.

The award was granted in recognition of Zaree’s leading role in advocating for the freedom of association and expression and his coordination of joint action among independent Egyptian rights organizations. Zaree risks life imprisonment and has been banned from travel, while the assets of the his Egypt office as well as those of CIHRS director Bahey eldin Hassan  have been frozen. Kate Gilmore, the UN Deputy High Commissioner for Human Rights, gave the award to Zaree’s family, who accepted it on his behalf.