The space for human rights activism in Iran is rapidly shrinking, as the state’s judicial and security bodies intensify their crackdown. But anti-death penalty campaigners, women’s and minority rights activists, trade unionists, and many others bravely continue to speak up.

Their determination is met with severe consequences – they are locked up after grossly unfair trials, and branded as “enemies of the state” and “traitors” by the Iranian state media.

Narges Mohammadi is a distinguished and award-winning human rights activist. An inspiration to many, she speaks out against the death penalty and passionately defends women’s rights. She has already served six years in prison for her work at the Centre for Human Rights Defenders. She has now been sentenced to a further 16 years behind bars. Narges has suffered seizures in prison and requires specialized medical care which she cannot receive there. She has been cruelly separated from her family, including her two young children, Ali and Kiana, who she has not seen for two years.

THE outcome of the trial of Singida East Member of Parliament (MP) Tundu Lissu, who is charged with abusing the President of the United Republic of Tanzania, Dr John Pombe Magufuli (JPM), by calling him a dictator, will be known early next month.

Resident Magistrate Godfrey Mwambapa, who is hearing the case at the Kisutu Resident Magistrate’s Court in Dar es Salaam, was yesterday scheduled to deliver his ruling on whether the MP under Chama cha Demokrasia na Maendeleo (Chadema) has a case to answer or not in respect of the offence charged.

However, the session was pushed to November 16, this year on two grounds, including the absence of the lawmaker, who is currently undergoing medical treatments at Chandaria Accident and Emergence Nairobi Hospital in Kenya.

The other reason was related to the failure of the Chief Whip of the opposition camp in Parliament, to present his submissions after closure of prosecution’s case in the matter. Advocate Peter Kibatala, for the MP, undertook to file the submissions in question by October 9. 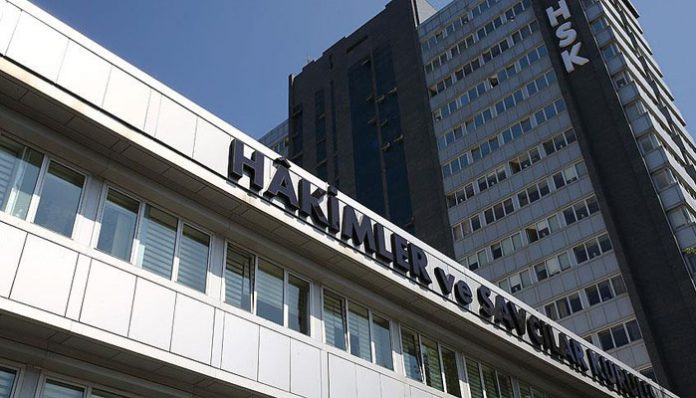 Turkey’s top judicial body, the Board of Judges and Prosecutors (HSK), on Thursday dismissed 39 judges and public prosecutors over alleged links to the faith-based Gülen movement, which is accused by the Turkish government of being behind a failed coup last year.

According to the state-run Anadolu news agency, the HSK has sent its decision for publication in the Official Gazette. The number of prosecutors and judges fired over Gülen links now totals 4,560 with the latest dismissals.

Turkey survived a military coup attempt on July 15, 2016 that killed 249 people. Immediately after the putsch the ruling Justice and Development Party (AKP) government along with Turkey’s President Recep Tayyip Erdoğan pinned the blame on the Gülen movement.

Fethullah Gülen, who inspired the movement, strongly denied having any role in the failed coup and called for an international investigation into it, but President Erdoğan — calling the coup attempt “a gift from God” — and the government initiated a widespread purge aimed at cleansing sympathizers of the movement from within state institutions, dehumanizing its popular figures and putting them in custody.

Turkey’s Justice Ministry announced on July 13 that 50,510 people have been arrested and 169,013 have been the subject of legal proceedings on coup charges since the failed coup.

An author, lawyer and journalist who made a career and a name for herself from years of working as a court reporter who chased high-profile legal cases has become a victim of Turkish government’s massive crackdown on freedom of press in Turkey.

36 year-old Hanım Büşra Erdal, a prominent journalist, has been locked up behind bars in Turkey for 438 days over trump-up charges of terror based over her social media postings on Twitters, comments and books she owned. This bright and intellectual journalist has been languishing in İstanbul’s Bakırköy Women’s Prison for 14 months with no glimmer of hope that she would be get out any time soon.

Erdal started as an intern reporter in 2002 in Turkey’s one-time largest circulated national daily Zaman when she was a student in the law faculty in prestigious İstanbul University. She followed many legal cases and reported about them in the daily for years. The exclusive stories she covered during landmark Ergenekon and Sledgehammer cases where a renegade ultra-nationalist group that is nested in Turkish military and government tried to wreak havoc in Turkey by plotting murders, terrorism acts and coups carried her name to the front pages of the newspaper. She later authored two books namely “Ergenekon For Those Who Are Confused” and “Certified Lies”. Erdal has to fight with more than 70 lawsuits filed against her because of her writings and coverage about these trials.