Zimbabwe: Police In Soup For Beating Lawyer, Soldier At Roadblock

A group of about five Police officers based at Charandura Police Station are in hot soup after a lawyer made a report that they were drinking beer and beating up people at a roadblock mounted at Chaka Business Centre near Mvuma on Sunday evening.

The matter has been reported at Masvingo Central Police Station under CR Number 70/08/17.

The drunk officers who refused to identify themselves as required by the law allegedly assaulted a man driving a South African registered Iveco minibus while his hands were handcuffed at his back. The Mirror is told that they also beat up Lucy Chivasa, a human rights lawyer with the Legal Resources Foundation when she tried to give the man who was being beaten her business card.

A soldier who was in military uniform fled the scene after he discovered that the man he had just assaulted at the road block was his senior in the Zimbabwe National Army. The Mirror is informed that the senior soldier who was a passenger in the Iveco disembarked after seeing a uniformed soldier beating up civilians alongside Police officers.

He then ordered the uniformed soldier to stop what he was doing but the former slapped the senior soldier. The Mirror is told that the youthful soldier fled the scene and boarded a haulage truck that was pulling out of the bus stop after his senior produced an identity card and showed him.

The officers are also accused of beating Chivasa’s young sister Lilian Idaishe Chivasa and another unidentified passenger for allegedly recording the beating and her phones were crushed on the tarmac.

Efforts to get a comment from Midlands Police Spokesprson, Ethel  Mukwande were fruitless as she was out of her office. Chivasa confirmed the incident to The Mirror and described the Police officers’ behaviour as ghastly. 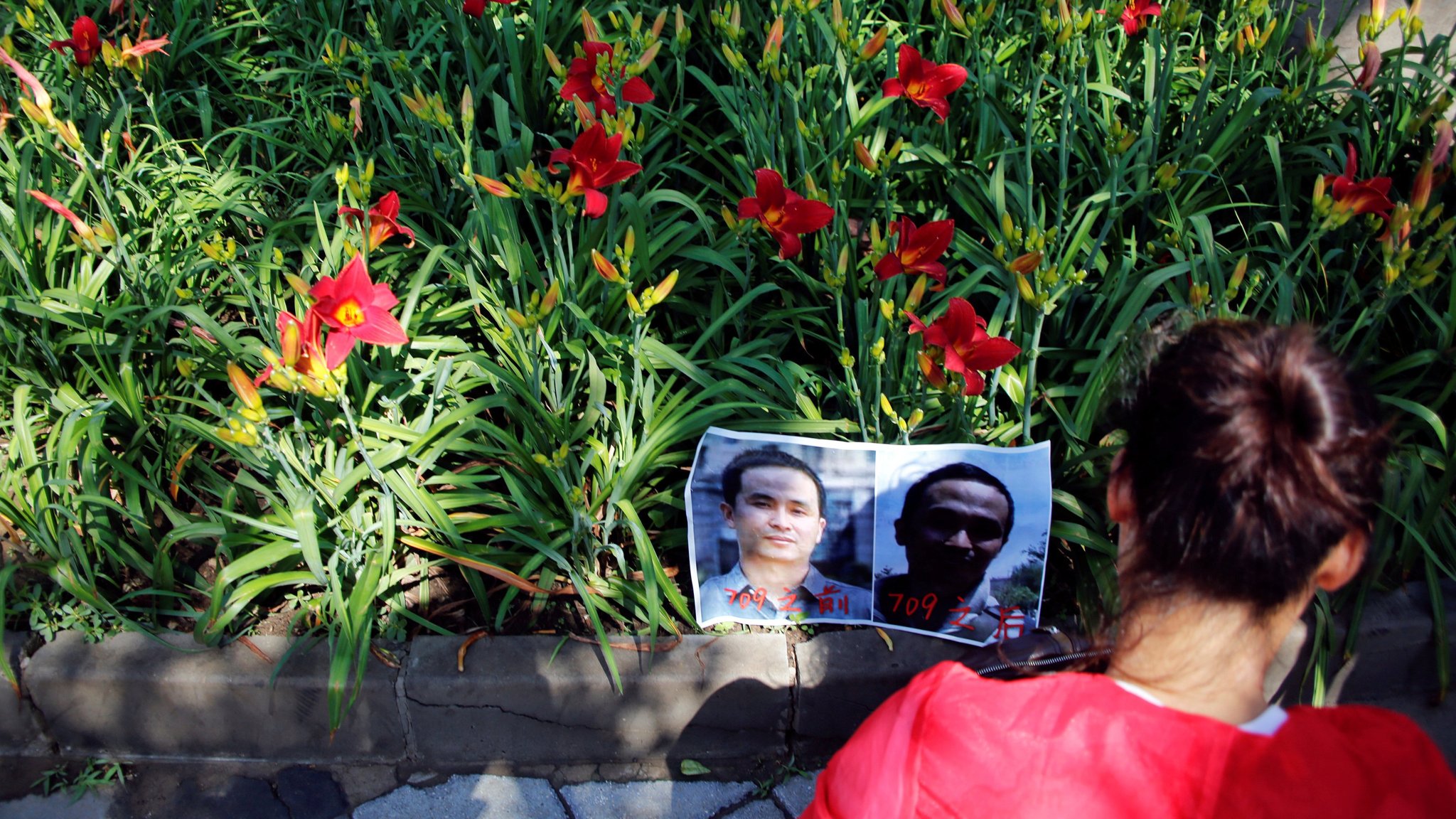 Liu Yao, a leading Chinese rights lawyer, will lodge an appeal “within two weeks” against a 20-year prison sentence for alleged crimes including extortion and fraud, according to one of his lawyers.

Mr Liu’s sentence was one of the harshest yet handed down in an extensive crackdown on civil society that has silenced dozens of legal, labour and ethnic minority activists over the past five years.

Three years ago Ilham Tohti, an advocate for China’s Muslim Uighur community, was sentenced to life in prison for allegedly advocating independence for China’s north-west region of Xinjiang. In August 2016 Zhou Shifeng, who headed a Beijing law firm at the centre of a campaign against rights lawyers, received a seven-year sentence for alleged subversion against the state.

“The chance of Liu Yao winning his appeal will be very low,” said Li Fangping, who attributed his client’s long sentence to his persistent accusations of official corruption in his hometown of Heyuan in southern Guangdong province.

India: IAPL CONDEMNS THE INTERFERENCE OF GOVERNMENT OF MAHARASHTRA IN THE FUNCTIONING OF THE JUDICIARY

Brazen allegations of “bias” were made by the government of Maharashtra against Justice Abhay Oka (Bombay High Court) who has been hearing petitions regarding the menace of noise pollution.
Justice Oka, as lawyers in Mumbai know, is a forthright judge who fearlessly speaks his mind through his orders so as to uphold the rule of law. The right to a decent environment, including the right against noise pollution, the Supreme Court has repeatedly held falls within the ambit of Article 21 of the Constitution, namely, the right to life. The Environment (Protection) Act and Rules framed there under also provide for control of levels of noise pollution. But, Justice Oka was in the way of the government’s game-plan of vote-bank politics, especially in view of the forthcoming Ganpati festival – never mind the application of the Constitution and the laws of the land.
Justice Oka’s not toeing the state-line caught the wrath of the government. The government sought to transfer the matter on the baseless ground of bias. It is also most disturbing that the Advocate General is used by the government to seek for transfer, and that the Chief Justice of the Bombay High Court allows the same.
This is not the first time that judges have been treated so due to orders passed that were troublesome to those in power – the difference being that in the past it has been under the guise of “routine” transfers.
The separation of powers between the legislature, the executive and the judiciary is a part of the basic structure of the Constitution. The UN Basic Principles on the Independence of the Judiciary, states, “It is the duty of all governments and other institutions to respect and observe the independence of the judiciary”, and it should be allowed to act “without any restrictions, improper influences, inducements, pressures, threats or interference”.
The present environment in the country is one where those who dissent against state’s policy are labeled as “anti-development”, “anti-national” and “terrorists”. Furthermore, lawyers who are performing their professional duties are identified with their clients or their causes. The state is prone to criminalise any form dissent, and has been known to arrest activists and their lawyers. In such scenario, the judiciary is the bastion of last resort. The allegations of bias against Justice Oka, indicates that the government has surpassed acceptable boundaries to pre-empt an unfavourable order. How often does the state believe it can do a Houdini to suit its own end?
An independent judiciary and non-interference in its functioning is crucial in a democratic state. It is essential that the judicial and legal fraternity resist such interference in the administration of justice so that the rule of law prevails, and a matter is judged on its merits, irrespective of the parties.
Indian Association of People’s Lawyers (IAPL) condemns the interference of the government of Maharashtra in the administration of justice and in seeking of the transfer of the petitions to another Bench.

Balochistan High Court Chief Justice Muhammad Noor Meskanzai said on Saturday that members of the legal fraternity were sacrificing their lives for the great cause of the rule of law and independence of the judiciary.

Addressing a ceremony of the Sindh High Court Bar Association (SHCBA) that named its new bar room in the SHC after the martyred lawyers of Quetta, who lost their lives in a Civil Hospital bomb blast in August last year, he said all such hurdles could not stop the legal fraternity from fighting for the rule of law.

He said no bench could be strengthened without a strong bar and emphasised the need for a strong relationship between the bench and the bar.

SHC Chief Justice Ahmed Ali M Sheikh lauded the services and sacrifices of the legal fraternity for the rule of law and independence of the judiciary. He said special training courses of lawyers would be started along with judges and arrangements would be made for Quetta’s lawyers.

SHCBA President Shahab Sarki demanded of the federal and provincial governments to fulfil their promises to pay compensation to the families of the martyred lawyers.

Lawyer Deniz Yıldırım is 524th Turkish lawyer who have been arrested since 15th July 2016. 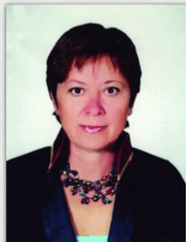 Whilst she suffers of life-threatening gastric bleeding, she was transferred to the hospital in Silivri Prison campus with handcuff and kept with handcuffs during medical examination.

Despite lawyer Erkem suffers of ongoing gastric bleeding and so needs a comprehensive medical care, She won’t be able to go a surgical hospital until 1st November 2017 due to alleged workload.

[UPDATED NUMBERS] With the recent dismissal of 922 more public servants in 2 gov’t decrees, the total number of those purged is now 146,674.

The Palestinian human rights organization, Addameer, Saturday called for the immediate release of Palestinian-French activist Salah Hamouri, who is being held in Israeli detention.

Israeli forces arrested Hamouri, a former prisoner and Addameer’s field researcher and advocate for Palestinian prisoners’ rights, in a pre-dawn raid on his home in the East Jerusalem neighborhood of Kufr Aqab on Wednesday. He was remanded in custody until Sunday pending further interrogation.

As a lawyer and legal advocate working with Addameer, Hamouri continues to campaign daily for rights and freedom for Palestinian prisoners and the Palestinian people, said an Addameer press release.

Addameer urged immediate action to secure the release of Hamouri, describing the arrest as “part of the continued attack on Palestinian human rights defenders and civil society organizations.”