Lawyers boycotted proceedings of the Balochistan High Court and subordinate courts across the province on Thursday to show solidarity with Multan lawyers.

The lawyers in Multan have been protesting for the past few days against the issuance of arrest warrants for Multan Bar president Sher Zaman Qureshi.

The general secretary of the Balochistan High Court Bar Association, Nadir Chalgari, said that no lawyer appeared before any court in Balochistan on Thursday.

Mr Chalgari said that the issue should be resolved amicably through talks and both sides should show restraint.

He demanded that warrants issued against Mr Qureshi should be withdrawn immediately to normalise the situation.

Sweden has summoned Turkey’s ambassador over the detention of two Swedish citizens, in a sign of souring relations with the EU member state candidate.

Ali Gharavi, an IT consultant, was detained while attending a July 5 workshop in Istanbul along with several other human rights activists, including Amnesty International’s Turkey director.

And Hamza Yalcin, a Swedish-Turkish citizen who writes for a left-wing online magazine, was arrested on August 3rd in Barcelona on a Turkish warrant.

“I and the rest of the (Swedish) government have since a long time made it clear to Turkish leaders about how we see these cases and the worrying developments in Turkey,” Sweden’s foreign minister Margot Wallström said in a Facebook post on Thursday.

“We have underlined that the latest events have a direct impact on our and the EU’s relationship with Turkey,” she added.

Tanzania’s main human rights group on Thursday criticised the government for its “harassment” of opposition lawmakers, three of whom have been arrested over the past week.
In a statement, the Legal and Human Rights Centre (LHRC) said the string of arrests amounted to a “violation of political and civic rights” in a country where multi-party politics is enshrined in the constitution.
On Tuesday, opposition MP Tundu Lissu was arrested for allegedly insulting President John Magufuli after revealing that Canada had seized a commercial aircraft purchased by the government over an unpaid $38-million (32-million-euro) debt to a Canadian engineering company.
It is the sixth time Lissu, a lawyer and deputy head of the main opposition Chadema party, has been arrested this year. In July he was charged with hate speech after calling Magufuli a “dictator”.
He was arrested on leaving court after attending a hearing in one of the other cases against him.
… 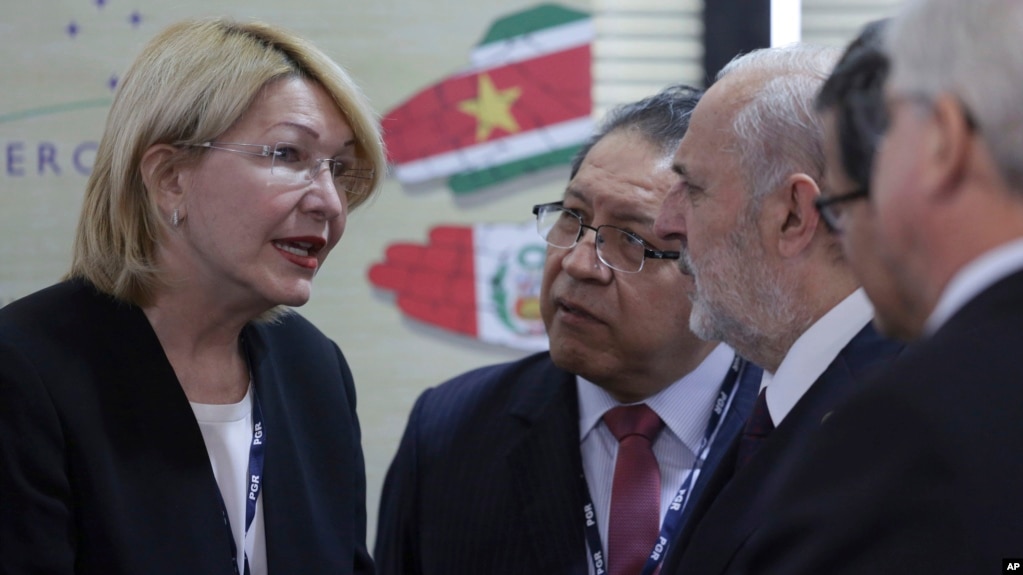 Venezuela’s former top prosecutor, who fled to neighboring Colombia last week, may freely enter and leave the Andean country for the next six months, Bogota said on Thursday, in a move likely to anger President Nicolas Maduro.

Following the removal of the former prosecutor, Luisa Ortega, from her post after she accused Maduro of violating human rights and eroding democracy, she fled Venezuela for Colombia last week with her lawmaker husband.

Ortega then traveled to meet with regional prosecutors in Brazil, where she said on Wednesday she had evidence Maduro was engaged in corruption in the food industry and linked top Socialist Party officials to the Brazilian construction firm Odebrecht’s region-wide bribery scandal.

Venezuela’s government, which says Ortega is a traitor and hypocrite, has said it requested an Interpol arrest warrant for Ortega and her spouse, German Ferrer.

Over seven years after advocate Shahid Azmi was shot dead in his Kurla office, charges were framed against four accused in the case. The sessions court framed charges including murder and criminal conspiracy. The court had on Saturday stated that there is “sufficient ground” to frame charges against the accused. Devendra Jagtap, Pintoo Dagale, Vinod Vichare and Hasmukh Solanki have pleaded not guilty.

Advocate Khalid Azmi, Shahid’s younger brother, who is an intervener in the case, said that though the various applications filed by the accused from time to time led to delay in the trial, he is hopeful that the trial will be concluded soon. “The prosecution was ready with the draft charges in 2015.

The accused had filed for discharge and bail, the hearings for which then took place. I am hopeful though it has taken over seven years, the trial will soon reach its conclusion and the culprits will be served the maximum punishment,” Khalid said.

The main accused in the case, Jagtap, had also filed for bail claiming delay in beginning trial, but it was rejected by the court. Shahid, who has represented accused in terror cases including the July 11, 2011 serial train blasts and who was instrumental in the acquittal of two men in the 26/11 terror attack, was shot dead in his office at Taximen’s colony in Kurla on February 11, 2010. The police had initially booked five men including gangster Santosh Shetty who was eventually discharged from the case.

Seven years after lawyer Shahid Azmi was shot dead, trial yet to begin