Turkey: ECtHR Asks Turkish Government For Explanation Over The Case Of Abducted Lawyer

The European Court of Human Rights (ECtHR) has decided to evaluate the application of Emine Özben whose husband Mustafa Özben (42), a Bar-registered lawyer and academic, was abducted on May 9, 2017 in Ankara  by elements linked to Turkish security and intelligence services on August 4, 2017.

The lawyer of Emine Özben lodged a complaint form against Turkish government on July 28, 2017 requesting the ECtHR under Rule 39 of the Rules of Court to indicate to the government that an effective investigation be conducted to find the applicant’s husband.

The top European court has decided to put the file in process and requested information from the Turkish government. The court had set a deadline of September 1, 2017 for Ankara to respond.

These are the questions ECtHR asked to Turkish government:

– What steps have been taken by the police officers in order to find the applicant’s husband whose abduction was notified by eyewitnesses to the emergency services (155) immediately afterwards?

– What steps have been taken by the investigating authorities, in particular the relevant prosecutors, in the investigation into the abduction of the applicant’s husband? 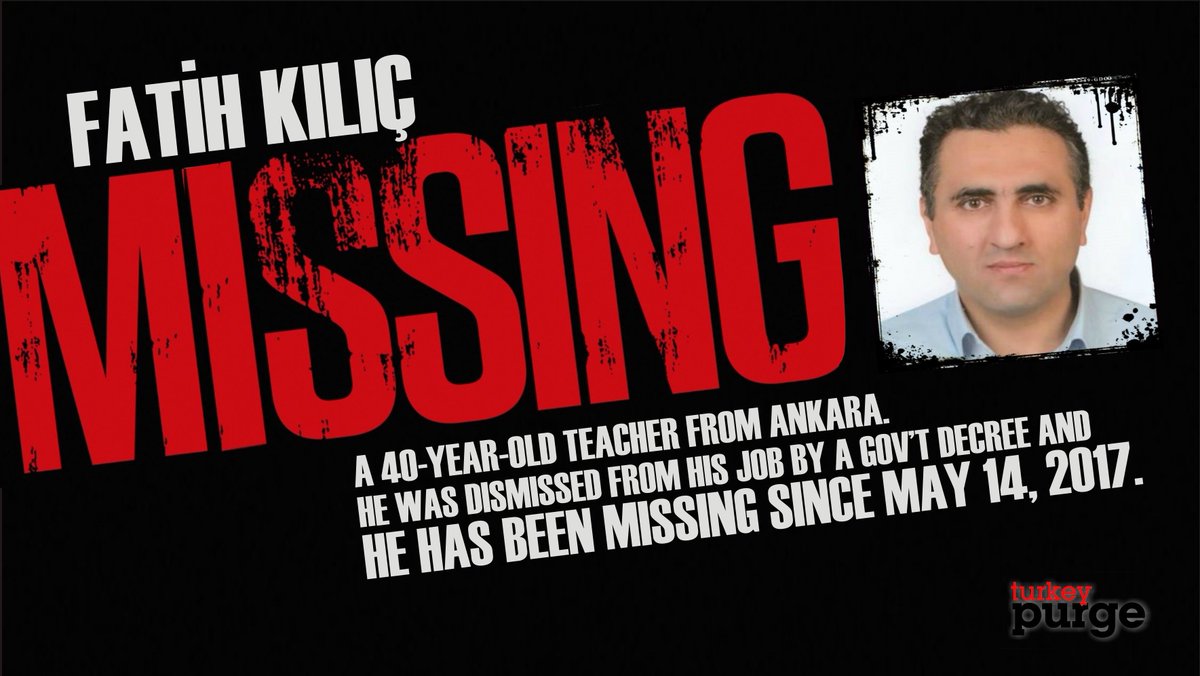 Lawyers on Monday boycotted court proceedings across the country in order to mourn Quetta’s Civil Hospital carnage in which over 70 people mostly lawyers were killed by terrorists in August 2016.

A three-day strike, which starts from today, has been announced by Balochistan lawyers to protest the gun and bomb attack on their fellows.

The community will also observe a “black day” on August 8 (tomorrow) across the country.

Balochistan High Court Bar Association (BHCBA) President Shah Muhammad Jatoi said that no proceedings will be held no August 7 and 9.

On July 26, the Supreme Court heard a suo moto case regarding the tragedy to overview progress made on the suggestions of the inquiry commission. It expressed displeasure over slow implementation and sought from the police, health department and the provincial government in this regard. The court adjourned the case till September 12.

On August 8 2016, terrorists gunned down the then Balochistan Bar Association President Bilal Anwar Kasi. Around 200 people reached the hospital when his body was being shifted to Civil Hospital of Quetta.

Taking benefit of the situation, a suicide bomber exploded himself near the crowd killing 73 people, including 57 lawyers, and injuring over 100 others.

Family of a Doda based lawyer and social activist, Babur-ul-Islam Nehru has expressed concern over his safety saying he is in police custody since 22 July “without any charges.”

“He was picked from outside masjid and taken to police station Gandhi Nagar. Later he was shifted to another police station and now he is presently lodged in Akhnoor police station,” said Babur’s younger brother. Abdul Mateen Nehru,

The family claimed that in last two weeks, Babar has been shifted to three different police stations.

“When I went to meet him at the police station, he told me that  a senior police officer had visited him and told him that he is a threat to peace. I don’t know how he is a threat, when he was doing his regular job and social work,” Mateen informed.

The Akhnoor police station, has confirmed that he is in their lockup, “Yes, he is in our police station.” When asked about the charges on which he has been detained he told that “it is confidential and can’t tell it over the phone.”