Calcutta High Court Judge CS Karnan, who has been sentenced to six months imprisonment by the Supreme Court, has slipped off the police radar, reports Times of India.

“We cannot go back to West Bengal without any development in the case because the order is from the Supreme Court,“ a senior officer camping in Chennai told ToI. “Additional teams will be called from West Bengal if needed.”

The whereabouts of the judge who is set to retire on June 12, has remained a mystery since May 10, when police from Kolkata reached Chennai. Justice Karnan was found guilty of contempt for hurling corruption charges against Supreme Court judges including the Chief Justice. Karnan’s arrest orders had come a day after he sentenced Chief Justice of India J S Khehar and six other judges of the Supreme Court to five years in jail under the SC/ST act.

Turkey: 436 #TURKISH #LAWYERS HAVE BEEN ARRESTED SINCE JULY 15, 1076 ARE UNDER PROSECUTION. #TURKEY pic.twitter.com/2l9hycnpoa 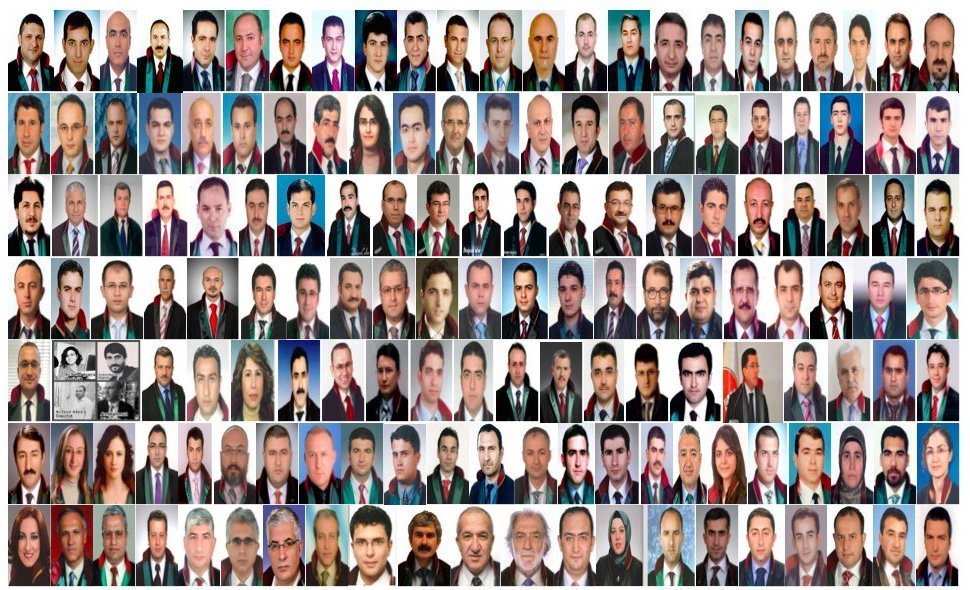 A Belfast lawyer entering the political arena has declined the opportunity to unequivocally condemn the murder of fellow lawyer and politician Edgar Graham.

He is the son of lawyer Pat Finucane, 40, who was murdered in front of his family by loyalist paramilitaries at his home in the city in 1989.

When a current Queen’s University law lecturer stood as a Sinn Fein assembly candidate in March, he faced widespread criticism for refusing to specifically condemn the murder of Edgar Graham as a killing that could in not be justified in any way – instead, speaking of his “profound sorrow” at all Troubles-related deaths.

Turkey/UN: Under arrest for over 8 months, UN judge faces 15 years in jail over coup charges

Under arrest as part of a post-coup investigation into the Gulen movement, Aydın Sefa Akay, an Ankara-born United Nations (UN) judge faces up to 15 years in prison.

Arrested on Sept 26, 2016, Akay is accused of membership to the movement, attempting to abolish Constitutional order and murder.

A judge on the Mechanism for the International Criminal Tribunals (MICT), Akay earlier denied any links to the movement, describing himself as a Freemason.

An indictment prepared by an Istanbul prosecutor, claims that he used the controversial ByLock mobile application, which the government claims to be the top communication tool among Gulen followers. The prosecutor seeks between 7.5 to 15 years on charge of membership to a terrorist organization alone, according to Turkish media on Thursday.

The government accuses the movement of masterminding the July 15, 2016 coup attempt and describes the movement as an armed terrorist organization. The movement denies accusations.

Turkey was earlier referred to the UN Security Council over Aydin’s detainment.

A former federal prosecutor has been found in criminal contempt of court after accusing a longtime Cook County judge of racism and unethical collusion with a high-ranking county prosecutor.

The action against George Jackson III came in a case in which he has been defending his brother, Anthony, against murder charges.

On Thursday, Anthony Jackson became angry at Judge James Linn — the target of his attorney brother’s barbs — on learning his hearing was canceled when his newly appointed assistant public defender failed to show. The two talked over each other until Jackson, restrained in shackles, was removed from the courtroom at the Leighton Criminal Court Building.

“So you’re forcing me out of the courthouse?” Jackson yelled as he was led away to a back room, where he could be heard screaming.

George Jackson was held in contempt of court last month by Judge Dennis Porter, who found the veteran attorney had “intentionally embarrassed and hindered the court in the orderly administration of justice” with his accusations against Linn.

In the order signed May 24, Porter wrote that Jackson “demonstrates an alarming lack of civility before the court.”

Jackson had sought to have his brother’s murder case moved to a different judge, accusing Linn of bias against the defense. His motion indicated that Linn, however, had granted his brother a retrial.

Jackson’s brother had earlier been convicted of murder in the beating death of Sanchez Mixon on a CTA platform in March 2013. The brother claimed self-defense.

Gunmen shot dead a Venezuelan judge at a street barricade in the latest fatality of two months of anti-government unrest that has seen at least 61 people killed, authorities said on Thursday.

Nelson Moncada, 37, was killed and stripped of his belongings as he tried to get away from the roadblock on Wednesday night in Caracas’ El Paraiso district, the scene of regular clashes, the state prosecutor’s office said.

This week has seen widespread violence around the Venezuelan capital, with security forces repeatedly breaking up marches by opposition supporters toward government offices downtown, and skirmishes continuing into the night.

It was unclear why the judge was targeted. Some local news sites said the incident appeared to be a robbery while others noted he had presided in the controversial case of Bassil Da Costa, a protester shot during another wave of anti-Maduro demonstrations in 2014.

Lawyers Rights Watch Canada (LRWC) is a committee of lawyers, students and academics who campaign internationally for advocacy rights, advocates in danger, and on rule of law issues. We also engage in legal research and education about international human rights law.  I am a lawyer and a partner of a law firm in Canada, Cohen Highley LLP, and I am writing to you to ask that you intervene with respect to proceedings involving the above named individuals.

Dong Samuel Luak, a prominent South Sudanese lawyer and human rights activist went missing the night of January 23, 2017.  Aggrey Idri, a member of the Sudan People’s Liberation Movement-In Operation (SPLM-IO) went missing on January 24, 2017.  The two men were taken to a prison facility at the NSS headquarters in Juba, South Sudan and were removed from this facility on January 27th.  Their current whereabouts and fate are unknown.

Sources have advised that both men were detained by the Kenyan authorities and were at risk for deportation.  When a habeas corpus application was filed on January 27th on their behalves, the Kenyan High Court ordered an investigation into their whereabouts.  The confirmation that both men were in Juba and the custody of South Sudanese authorities indicates that they were illegally removed from Kenya.

Dong Samuel Luak was a registered refugee with the office of the United Nations Human Rights Commissioner for Refugees and the UN Convention Against Torture prohibits the return of people to places where they risk being subjected to torture or other ill-treatment.   If he was deported by Kenyan authorities, this action would be a violation by Kenya of the non-refoulement principle under the 1951 Refugee Convention.