The detained leader of the Anglophone Civil Society Consortium, Barrister Felix Agbor Balla has rejected the idea of a conditional release on bail which has been under negotiation for several weeks now.

Agbor Balla’s message is contained in a tweet posted on Monday @maenowtabetrust. “  IT’S OFFICIAL@Free FelixAgborB HAS DENIED BAIL, HE SAYS ONE FOR ALL AND ALL FOR ONE,” the tweet reads.

Barrister Agbor Balla, Fontem Neba, Ayah Paul Abine and several other Anglophone Cameroonians are currently being deprived of liberty in Yaounde, in connection with the unrest in Southern Cameroons.

Recently, the case against Agbor Balla and the 27 others held in a military tribunal in Yaounde was adjourned for June, as the defending team demands a release on bail.

Barrister Balla’s message which has been retweeted  27 times  or so comes as a surprise to many who were hoping for at least a temporary release.

Prominent imprisoned human rights activist Narges Mohammadi underwent surgery to stop severe abnormal uterine bleeding on May 29, according to the Center for Defenders of Human Rights. The hospital’s chief physician recommended Mohammadi remain under observation in the hospital until the bleeding ceases and she has fully recovered from the operation. Mohammadi is serving a 16-year prison sentence for her peaceful defense of human rights in Iran. She was convicted of “assembly and collusion against national security,” “membership in the [now banned] Defenders of Human Rights Center,” and “propaganda against the state.” Learn more: http://buff.ly/2rk1cDM

The first hearing of the case, for which Co- Chair Demirtaş held in prison, has been scheduled on September 6th, 306 days after his detention!

Russia: Suspect in murder of Russian lawyer arrested in Moscow

Law enforcement officers have arrested a suspect in the murder of a Moscow attorney, the Investigative Committee announced on its website on Monday.

The arrested Marat Yanbukhtin has been transferred to an investigative department for investigatory actions, the statement reads.

The woman, who had been working as a lawyer, was shot dead on entering her apartment in the north-east of Moscow on April 26. Investigators consider different versions of the murder including those connected with the victim’s professional activity.

Reportedly, the victim is the 40-year old Natalya Vavilina. However, this information has not been officially confirmed.

According to the Federal Chamber of Lawyers, the woman became the seventh attorney killed in Russia in the last two years. Since 2001, 45 Russian lawyers have been murdered. Most of crimes have not been detected, the Chamber reported earlier. 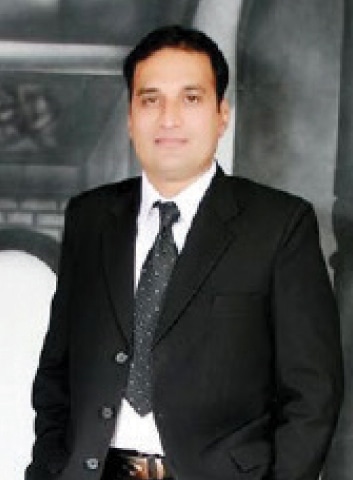 A former vice-president of the District Bar Association was killed over a land dispute in the limits of Toru Police Station on Monday.

His brother Jan Alam Khan told the police that Zaib Alam Khan was going to the local courts when Malik Fayyaz Ahmad (uncle of the deceased) and his son Malik Azam opened fire on him, killing him on the spot.

The motive behind the murder was stated to be a property dispute. The accused managed to flee after committing the crime.The police took the body to the Mardan Medical Complex for autopsy.

Later, the police handed over the body to his family. A case was registered against the accused and investigation has been started. Zaib Alam was a known lawyer and provincial leader of the Pakhtunkhwa Milli Awami Party.