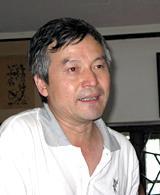 One of the Chinese government’s most vocal critics is finally falling silent.

He Weifang told The Associated Press Friday that he would no longer publish on social media after authorities repeatedly shut down his personal blog, his Weibo microblog and two WeChat accounts.

He, a famed law professor at elite Peking University and key defender of imprisoned Chinese Nobel Peace Prize laureate Liu Xiaobo, is the latest public intellectual to throw in the towel in President Xi Jinping’s China. Over the past half-decade, freedom of speech and other civil liberties have been rolled back while a radical movement devoted to the People’s Republic’s authoritarian founder Mao Zedong has flourished.

“I feel utterly helpless,” He said by telephone. “It’s as if I’m not allowed to make a single sound.”

He attracted a massive following in Chinese intellectual circles over the past decade for his prolific writings on everything from social ills to architecture, but especially for his languid but trenchant essays on rule of law and politics. By his own count, He boasted 20 million readers at his peak. When his Weibo account was frozen in March, it had roughly 1.9 million followers.

Over the past five years, however, He has come under relentless attack online from defenders of the ruling Communist Party and even more extreme Maoists who’ve held public demonstrations denouncing He’s liberal views, which are considered “rightist” on China’s political spectrum. His speaking engagements dried up three years ago after the Global Times, a party-run newspaper with a leftist bent, reported critically on a lecture he delivered to retired party cadres in southern China, essentially ruling him out of the lecture circuit.

“In the last 40 years, freedom of speech for intellectuals has never been constricted as severely as it is now,” He said. “It makes you outraged.”