Srikant Singh, 40, of Dehramau village was killed allegedly by five persons from his village on Saturday at around 5.30 AM when he had gone to relieve himself, police said. Police added that the victim’s younger brother Arjun, who lodged the complaint, had accompanied him at the time of the incident.

According to police, Arjun complained that he was some distance away when he heard gunshots. Approaching him, he told police, he saw one Chandrashekhar and his son Shravan, Ajay Singh and his sons Nitesh and Vikas, firing at and stabbing Srikant.

Seeing him calling for help, Arjun alleged, the accused also fired at him before fleeing. An FIR has been lodged at Gosainganj police station under relevant sections of the IPC, including 302(murder) and 307(attempt to murder).
Circle officer (Mohanlalganj) Navin Kumar Singh said Srikant was a registered lawyer in Mohanlalganj court.
Singh added that Ajay is member of the extended family of the deceased and the two sides had a long-standing dispute over property.

She was presented with the Lawyers for Lawyers Award 2017 at a ceremony in Amsterdam on Friday.

The accolade is given every two years to exceptional human rights lawyers working to promote the rule of law.

Sirikan, 31, is a co-founder of Thai Lawyers for Human Rights, a lawyers’ collective set up shortly after the military coup on May 22, 2014, to provide legal aid and monitor the human rights situation in Thailand.

The jury remarked that Sirikan “stands up for human rights activists, journalists and people tried after the coup by military courts, even though she is facing considerable risks herself”.

Its statement added: “The jury wants to applaud her unwavering courage and commitment, and draw attention to the human rights situation in Thailand that is relatively unknown in the West.”

At Friday’s ceremony, besides addressing the deteriorating post-coup human rights situation in Thailand, Sirikan thanked the organisation for its recognition of the hard work and endeavour of lawyers who sought to protect the rule of law and human rights while facing continual threats from state authorities.

She also paid tribute to courageous activists and rights advocates who never cease to demonstrate non-violently against illegitimate governments and who inspired her to continue her work as a human rights lawyer. Sirikan encouraged rights advocate to continue fighting for justice and rights.

The lawyer, who was selected for the award by 18 nominees around the word, has faced a number of criminal charges in connection to her professional activities.

If found guilty, she could face up to 10 years in prison.

‘This award is not a personal award, it is a recognition of the courage of all of those who never give up the fight for human rights.’
Shelter City Tilburg‘s guest Sirikan June Charoensiri received the Lawyers for Lawyers 2017 Award. We congratulate her on her work and hope this quote from her speech will inspire all of you.
#WeAreAllHumanRightsDefenders A good chunk of the legal aid services for refugees will be suspended starting on July 1 as Legal Aid Ontario struggles to find 40 per cent in budget savings from serving the vulnerable group.

It is too early to confirm what services would be cut from the refugee law program as a province-wide consultation is set to begin on Thursday, but three options are under consideration:

Restricting the coverage to the representation of asylum-seekers in their refugee proceedings, such as filing claims and preparation for and attendance at hearings

Limiting coverage for asylum-seekers to the preparation of the claim only, but continuing to represent clients at the refugee appeals tribunal and federal court.

“LAO has supported over-expenditures in the refugee program for a number of years and cannot do so any longer, given the increase in demand for services and LAO’s budget challenges in other programs,” the agency said in the consultation paper posted on its website Friday. 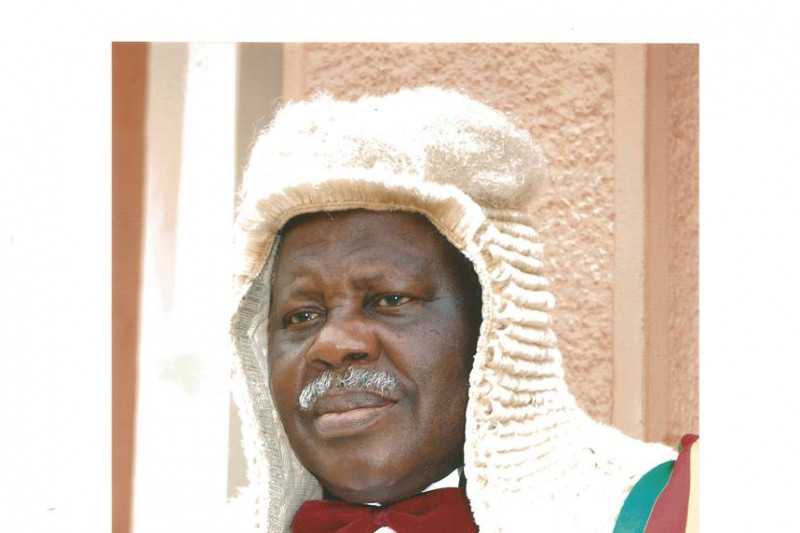 I first met Justice Paul Ayah Abine when he was the parliamentarian from Akwaya subdivision in Manyu, Cameroon. I became transfixed in his singular opposition to the President of Cameroon, Mr. Paul Biya on changing the constitution to become president for life.

Justice Paul Ayah Abine is in a fight of our life
The arbitrary, capricious and unjustifiable arrest and detention of Supreme Court Justice Paul
Ayah Abine, is incontrovertible evidence of the incompatibility of the Common Law practices
and the French imperial, neo-colonial system that prevails in Cameroon.
Even more shocking, is the conspiratorial silence of his colleagues in the Francophone Supreme
Court Bench, who in Anglo-Saxon countries exert the ultimate power of sanctioning the legality
of the acts of the executive branch.

As those who cherish the time-honored traditions of the Magna Carta and Habeas Corpus, we are
appealing to you to DONATE  $5, $10, etc. to assist Justice Paul Ayah Abine’s family to continuously engage the lawyers who are working pro-bono.
Donations will be  delivered to his family, to pay for his food, medication, legal bills, and the cost of travel, room and board for empowered persons who will be advocating for his release in the courts of foreign leaders who have a significant influence on the Biya dictatorship which is detaining him in egregious conditions, where his health is rapidly deteriorating.