India: Protest in support of Karnan A group of lawyers and few other professions staged a protest on Anna Salai here on Tuesday demanding withdrawal of the conviction imposed on Justice C.S. Karnan.

However, their protest was cut short within a few minutes after the police intervened and arrested them as they had not acquired permission for the agitation near the Anna statue.

According to police, 47 persons, including lawyers, were arrested.

The arrested were, however, released on bail later in the evening.

Senior Advocate Alia Shahzadi was gun down by two unidentified assailants near Hiran Minar on Tuesday.

The victim was waiting for a three wheeler standing on the road side so as to reach the district court. Meanwhile, two attackers on bike reached the spot and shot the female lawyer dear. The District Bar Association condemned the episode and observed complete strike after boycotting the court proceeding.

DBa President Mian Saeed while talking to media deplored the worsening law and order situation and demanded the law enforcers to arrest the killers as soon as possible. The woman was the mother of two minor children from her previous husband. Later, she had contracted second marriage against the will of her family. Her previous husband and family members were forcing the lawyer to get divorce from her second husband and re marry with the first one. However, she denied.

The police said that a murder attempt was also made on her two years ago. The police are investigating whether her former husband was behind the murder.

UK: A lawyer has uncovered the true intention of Britain’s most draconian law [VIDEO] 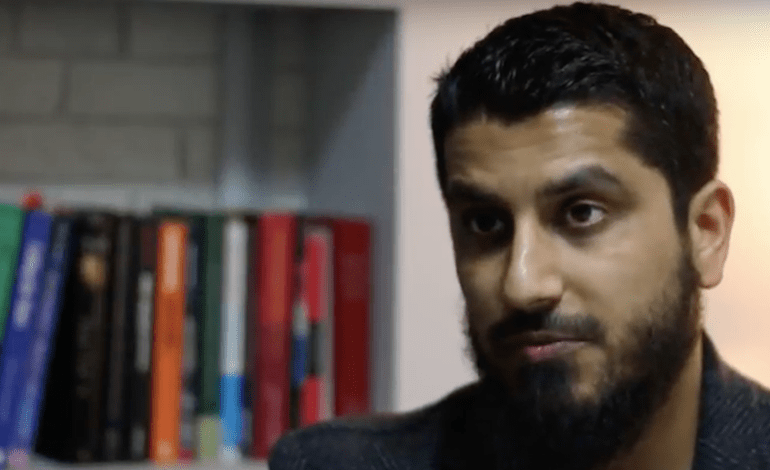 A lawyer and director of a UK-based human rights organisation was arrested under controversial counter-terrorism laws after refusing to give up the passwords to his laptop and phone. He did so to avoid revealing evidence about Western complicity in a torture case. He now faces imprisonment if he does not give up his passwords by Wednesday 17 May.

Business as usual at Heathrow

Muhammad Rabbani, international director of Cage, was stopped at Heathrow airport on 20 November 2016 on his way back from the Middle East. He had just secured instructions from his client over a legal case involving torture, which allegedly involves a Western government and UK ally. Cage has been working on the case for two years and he returned with testimony and other evidence that could implicate senior officials.

Rabbani was stopped under Schedule 7 of the UK Terrorism Act 2000. This is a broad power that allows officials at borders to question individuals, without need for reasonable cause, to determine if they are involved in terrorism.

This was the 20th time Rabbani had been stopped under Schedule 7. But this was the first time he had been forced to hand over the passwords to all his devices.

He had refused previously with no repercussions. On this occasion however, officials handed him a leaflet saying it was now compulsory to surrender passwords. Rabbani said he couldn’t due to client confidentiality and they proceeded to arrest him. Tajik border guards on the Kyrgyzstan-Tajikistan border on May 14, 2017, prevented a prominent human rights lawyer from leaving the country, Human Rights Watch and the Norwegian Helsinki Committee said today. Tajik authorities should immediately rescind the ban on Fayzinisso Vohidova and immediately and unconditionally release three other human rights lawyers imprisoned or detained on politically motivated charges.

Border guards with the State Committee on State Security at the Auchi-Kalyacha border post stopped Vohidova as she sought to travel to Kyrgyzstan. They detained her for eight hours, stating there was a “defect” in her passport and that she “had no right to leave Tajikistan.” In the weeks preceding her stop, Tajik security services interrogated Vohidova several times. She had made critical remarks about the government’s imprisonment of Buzurgmehr Yorov, a human rights lawyer who was sentenced to 25 years following a prosecution and trial that appeared politically motivated.

“Tajik authorities are blatantly violating Vohidova’s right to freedom of movement,” said Steve Swerdlow, Central Asia researcher at Human Rights Watch. “This appears to be part of a pattern to keep critical voices, including Tajikistan’s independent lawyers, from spreading information about the ongoing and severe political crackdown in the country.”

Vohidova, a Khujand-based lawyer known for her human rights and criminal defense work, has long been the target of government harassment and intimidation for taking on politically sensitive cases.