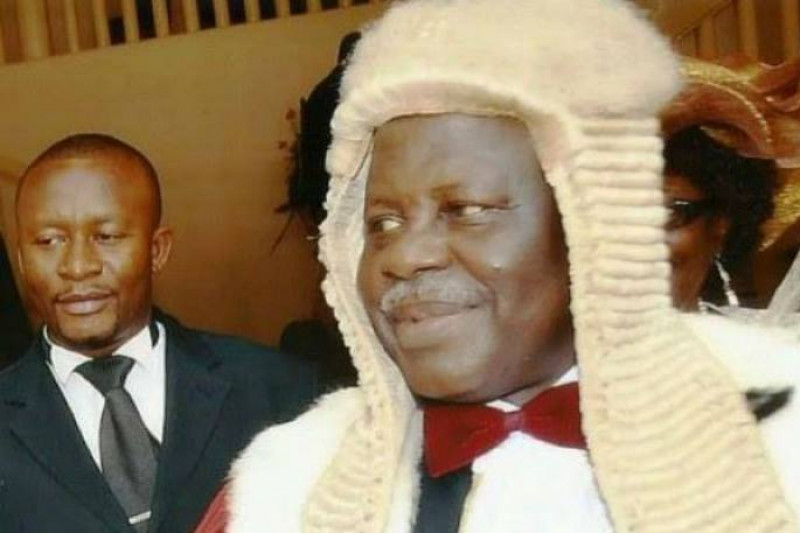 I first met Justice Paul Ayah Abine when he was the parliamentarian from Akwaya subdivision in Manyu, Cameroon. I became transfixed in his singular opposition to the President of Cameroon, Mr. Paul Biya on changing the constitution to become president for life.

Justice Paul Ayah Abine is in a fight of our life
The arbitrary, capricious and unjustifiable arrest and detention of Supreme Court Justice Paul Ayah Abine, is incontrovertible evidence of the incompatibility of the Common Law practices and the French imperial, neo-colonial system that prevails in Cameroon.
Even more shocking, is the conspiratorial silence of his colleagues in the Francophone Supreme Court Bench, who in Anglo-Saxon countries exert the ultimate power of sanctioning the legality of the acts of the executive branch.

As those who cherish the time-honored traditions of the Magna Carta and Habeas Corpus, we are appealing to you to DONATE  $5, $10, etc. to assist Justice Paul Ayah Abine’s family to continuously engage the lawyers who are working pro-bono.
Donations will be  delivered to his family, to pay for his food, medication, legal bills, and the cost of travel, room and board for empowered persons who will be advocating for his release in the courts of foreign leaders who have a significant influence on the Biya dictatorship which is detaining him in egregious conditions, where his health is rapidly deteriorating.