Vietnam: Response to Submissions Made by Government of Viet Nam in the Matter of Nguyễn Văn Đài | UN WGAD Petition

In the Matter of NGUYỄN VĂN ĐÀI:
On 17 April 2017 NGOs petitioning for the release of imprisoned Vietnamese lawyer Nguyễn Văn Đài, filed a response to submissions made by Viet Nam on 6 April in reply to the petition filed by the petitioners on 25 November with the UN Working Group on Arbitrary Detention. NGOs petitioning are: LRWC, Lawyers for Lawyers, Media Legal Defence Initiative, PEN International and Viet Tan.

In the matter of

Government of the Socialist Republic of Viet Nam

Observations on the Government’s Reply

It has been communicated to CCS that Li Heping, human rights attorney for Ilham Tohti, now serving time himself for human rights work, allegedly has been tortured and is suffering from medical complications as a result. Additionally, Li is also in need of adequate legal counsel.

CCS has requested that he receive appropriate medical care and legal representation of his choosing.

The Committee of Concerned Scientists is an independent organization of scientists, physicians, engineers and scholars devoted to the protection and advancement of human rights and scientific freedom for colleagues all over the world.

We write today to renew our concerns for human rights attorney Li Heping, who disappeared on July 10, 2015. On January 8, 2016, he was charged with “subverting state power” but his only crime seems to be his defense of scholars who voiced peaceful protests against unlawful practices.

We are gravely concerned about recent reports that Li Heping and other detained lawyers have been tortured. We are also deeply troubled by reports that his health has deteriorated significantly.

We expect that China, a global leader who values scientific and academic collaborations, respects the rule of law, and human rights and treaty obligations. Detention of Mr. Li, the denial of adequate legal counsel, and the reported use of torture represent serious violations of the rule of law.

We strongly urge you to release Li Heping immediately and unconditionally. While still in detention, Li Heping should be allowed legal representation of his choice, and the alleged use of torture should be thoroughly investigated.

Thank you for addressing our concerns. We look forward to receiving your response.

India: SAVE 25 ADVOCATES OF TAMIL NADU 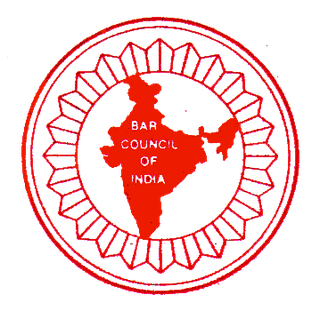 The Debarred Advocates of Tamil Nadu
To
THE CHAIRMAN/SECRETARY OF BAR COUNCIL
THE PRESIDENT/SECRETARY, BAR ASSOCIATION
Sub: Request to save 25 advocates of Tamil Nadu – Pass Resolution to that effect
1.We, the under signed debarred advocates of Tamil Nadu have been placed under suspension since 22nd of September 2015, for the first time in the History of Bar Council of India without any notice or enquiry. All the Bar Associations in Tamil Nadu and Pudhucherry are almost facing undeclared emergency since September 2015. Madras High Court Advocates Association was issued with notice to identity the Advocates with photographs, who are all participated in the General Body meeting held for discussing the issue of suspension of Advocates. The Advocates are imposed with threat of disciplinary action and their constitutional right to conduct a General Body meeting is totally curbed.
2. The allegations made against us are that we restored agitation for social cause and boycotted the courts based on the resolution passed by the respective Bar Association. Thereafter disciplinary proceedings was initiated and 7 Advocates were removed from the State Roll, 9 Advocates were suspended from practice for 3 years and 9 Advocates suspended from practice for one year.
3. Now, all the 25 advocates filed appeal before the Disciplinary Committee, Bar Council of India and they are pending before the Committee headed Mr.Justice (Retd) Mihir Kumar Jha of Patna High Court, who is also holding the post of Judicial member of Bihar Lokayukta. On 18.02.2017 when the appeals were came up for hearing of stay application for first time, the Committee has not considered by observing that the consideration of the stay petition will amount to allow the appeal. The attitude of the Committee will disclose the biased mind of the Chairman of the Disciplinary Committee towards Advocate Community and democratic way of public protest.
4. It is pertinent to note here that the routine procedure in the Bar Council of India in dealing with the appeals is that stay will be granted at the first hearing and then the matter would be referred to the Disciplinary Committee for adjudication. Apart from that the BCI constituted the committee headed by the Retd. Judge itself illegal and in violation of section 9 of the Advocates Act.
5. It is for your appraisal that all the debarred advocates are under severe mental stress and we are struggling to withstand our day-to-day existence and all of us
have totally lost our livelihood bar practice. It is true to state here that the legal fraternity of Tamilnadu felt that the imposition of severe punishment is nothing but death penalty. It is painful to note here that after independence, lifetime bar is imposed only against the advocates of Tamilnadu for their agitation wholly under public interest.
6. Under the above circumstances, presently the Bar Council of India conducted its meetings and passed resolutions against the Law Commission not only to go for agitation and boycott, but also to burn the copy of the recommendation of Central Law Commission of India. It is also the call of the BCI even the advocates shall prepare to go to jail by resisting the recommendation of Law Commission. When we welcoming the same, it is to be taken note of that the Advocates of Tamil Nadu who resorted democratic way of agitations for social cause are removed from their roll by the Disciplinary Committees of Bar Council of Karnataka and Bar Council of Tamil Nadu and Pudhucherry at the instance of BCI and Judiciary. In order to create a bad precedent which is now the Law Commission has introduced by way of its proposed amendments.
7. It is for your kind appraisal that all the proposed amendments are already implemented in the case of Tamil Nadu Advocates in a biased manner for the past two years. Hence it is just and necessary that the BCI should withdraw the action taken against the Advocates of Tamil Nadu unconditionally before its call for protest against the recommendation of the Law Commission
Therefore, we the undersigned debarred advocates request the legal fraternity of our nation to immediately intervene in the matter of Tamilnadu advocates and give your call to the BCI to withdraw the action taken against the advocates of Tamilnadu initiated by BCI unconditionally by invoking SECTION 36 OF THE ADVOCATES ACT, 1961by way of Passing Resolutions and address it to BCI and also to insist upon the same in the forthcoming BCI meetings and ensure Justice.
Date: 13.04.2017
The Debarred Advocates of Tamil Nadu
For Contact:
C.M.ARUMUGAM, B.A., B.L.,
Plot No.384, K.K.Nagar, East 8th Street, Madurai-625 020, Tamil Nadu.
Mobile:09443393425, 09865348163. E.mail:cmalawoffice@gmail.com

Cameroon: Judiciary: My Life Is In Danger-Barrister ACHU Julius

Speaking on Equinoxe Television, a Douala based popular Channel; the legal mind said his pictures are flooding Social Media with Red Cross on his face and an inscription, “Wanted Dead or Alive.” Barrister ACHU Julius, who is the lawyer for the Consortium of Parents which has embarked on a legal battle with the Catholic Church in Bamenda, is claiming the sum of 150.000.000 FCFA as special and general damages for non school resumption. The Consortium of Parents is accusing the Bishops, Principals, Reverend Fathers and Sisters for their role in ensuring that school does not resume basing their arguments on numerous outings by the latter which according to the legal representative were offences and punishable under the Penal Code. Samuel Kleda Reacts, Says Catholic Church Is Innocent Reacting on the accusations, the President of National Episcopal Conference, Archbishop Samuel Kleda said the, “The Catholic Church did not begin the strike and cannot be accused today of preventing students from going to school.” The Archbishop of the Douala Archdiocese wondered why only the Catholic Church when schools have been paralyzed in almost all sectors both in Public, Private and Confessional schools. However His Lordship Samuel Kleda said the Church has no lawyer but will be in Court for Justice to prevail.