Burma: Search continues for fugitive in Ko Ni killing as Interpol wades in

Law enforcement authorities are exerting every effort to track down Aung Win Khine, the fugitive suspected mastermind in the killing of prominent lawyer Ko Ni early this year, the chief of the Myanmar Police Force said on Monday.

Zaw Win, the MPF chief, said at a press conference that police in the capital Naypyidaw were working together with authorities all the way down to the village and ward level in their pursuit of the wanted man. Information on Aung Win Khine, including pictures of him and details on his background, have been disseminated to relevant authorities in all of the country’s states and divisions, he added, as well as providing those materials to members of the Association of Southeast Asian Nations (ASEAN) in the event that the suspect has fled Burma to another country in the region.

Last week, Interpol announced that it had put out a “Red Notice” on Aung Win Khine, alerting law enforcement officials within all countries party to the international policing organisation that he is a wanted man in Burma.

According to Interpol, “A Red Notice is a request to locate and provisionally arrest an individual pending extradition.”

Turkey: 6 more lawyers have been arrested during past week 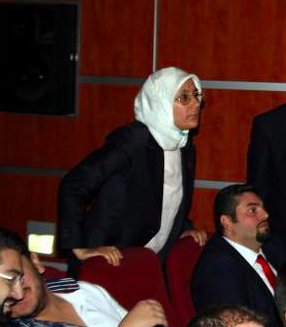