The Philippines/UK: British father speaks of his horror after his lawyer wife was assassinated in front of their three daughters by motorbike-riding gunmen in the Philippines

A widowed British father whose wife died in a hail of bullets in front of her three daughters has spoken of his horror, and called for her killers to be brought to justice.

Mia Mascarinas-Green died in February when gunmen on motorbikes pulled alongside her car and opened fire in the Philippines.

The 49-year-old was killed when 28 bullets were shot into the car before her killers tried to execute the couple’s children.

Thankfully the gun jammed and Zoe, 10, and two-year-old twins Zia and Eli survived the ordeal in Tagbilaran City.

Their father Stuart Green, 45, believes the horrific murder was linked to a case Mia, a lawyer, was working on.

He is set to return to the country where his wife was killed, but said he is fearful of being murdered himself.

STATEMENT ON THE SITUATION OF THE SOUTHERN CAMEROONS
REVOLT IGNITED BY COMMON LAWYERS’ STRIKE.
By
Harmony Bobga Mbuton (Esq.)

It is now almost 5 months since the Common-Law Lawyers of Cameroon ignited a peaceful strike action that quickly gained the acceptance and instant participation of virtually all Southern Cameroonians, both within the homeland and in the diaspora. The ensuing revolution has settled on one clear goal: the speedy RESTORATION OF THE INDEPENDENCE OF SOUTHERN CAMEROONS.

It must be recalled that the strike action of Common Law Lawyers that took off on October 6, 2016, did not only focus on the restoration of the Common Law juridico-cultural system, it included a demand for proof of whether or not there has ever been an ACT OF UNION between Southern Cameroons and La République du Cameroun. This second arm of the raison d’etre for the strike action provided the legal window for ending the colonization of Southern Cameroons.

It has been a colonization that has entailed the destruction of our economy, government, and now is ferociously devouring our cultural identity and remaining values. In short the people of Southern Cameroons, have born the burden of threat of extinction from our colonizers, more like African tribal societies suffered from 19th century European colonizers.

The revolution has continued to be fueled by the defiance of Southern Cameroonians within the homeland and the committed support of Compatriots in the Diaspora.

The Cameroon Common Law Bar Association was created on November 8, 2016 in Bamenda, in defiance of the occupier government of La République du Cameroun. This was done with the maximum of courage in spite of the counter posture of the brutal forces of La République du Cameroun. It was the brutality of the Police and Gendarmerie Para-military forces that transformed our peaceful demonstration into a popular revolution. 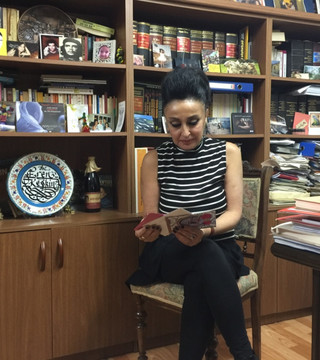 Lawyers and members of the judiciary have become the first group of professionals together with journalist which the Turkish government targeted as part of its crackdown on dissent.

Under the Turkish Code for Criminal Procedure, person may be detained for only 24 hours which may, where organised criminal activity is involved, be extended intermittently for a further 72 hours in three separate 24 hour periods. Anyone arrested is entitled to access to a lawyer of his choice from the time he is arrested. With a number of decrees which the cabinet of ministers issued following the declaration of state of emergency a few days after the failed coup attempt extended the time which one might be held in custody to 30 days and prevented arrested persons to have access to a lawyer in the initial five days of the same 30 day period.

When a person in custody finally allowed access to a lawyer he may not contact a lawyer of his choice. Instead, lawyers who seem to enjoy affiliating themselves with the ruling AKP are provided by bar associations as duty lawyers which practically denies the person in custody genuine legal assistance. All these deviations from the established rules of precedure lays bare Turkish government’s intention to prevent persons’ access to justice.

The Turkish government associates lawyers with their clients and arrests them on the same legal grounds as their clients. They also receive the same treatment as their clients when arrested, i.e. ill-treatment often amounting to torture and confiscation of property. Those who manage to flee persecution end up abroad mostly in dire financial difficulty and away from their spouses and children.

Sydney academic Chongyi Feng, who had been prevented from leaving China, is believed to have been permitted to return to Australia immediately.

Three sources said the University of Technology Sydney assistant professor was on his way home and would arrive on Sunday.

Dr Feng, who has previously been critical of the Chinese leadership, had been prevented from leaving China at least twice and had been subject to long interrogations by internal Chinese security agents.

Dr Feng’s lawyer Chen Jinxue told The Australian he was on board a flight from China on Saturday night Beijing time. Dr Feng’s friends said he was bound for Sydney.

“Prof. Chongyi Feng is boarding his flight back to Sydney, arrival about 9am Sunday,” Yonglin Chen, who is on contact with Dr Feng’s friends, tweeted. Another friend said he was also due to arrive in Sydney on Sunday morning.

Dr Feng’s lawyers have previously said he was in China to conduct academic research in the southern Chinese city of Kunming when he was first stopped by internal Chinese security in late March.