A total of 396 women have launched a petition campaign demanding the release of prominent professor and social scientist İştar Gözaydın, who has been behind bars since late December on terror charges.

Gözaydın was detained on Dec. 20 as part of an investigation conducted by the İzmir Chief Public Prosecutor’s Office into the faith-based Gülen movement. She was arrested on Dec. 27. The professor was head of the sociology department at the İzmir-based Gediz University, which was shut down by government decree along with thousands of other educational institutions in the aftermath of a failed coup attempt on July 15.

“We are witnesses for İştar Gözaydın. We ask for an end to her investigation and arrest, which turned into a massacre of law through accusations she has been subjected to as a writer and scientist, and we demand the release of our friend,” the women say in the petition as they call on all women from every walk of life, profession and political view to sign it.

A former Fulbright scholar, Gözaydın had worked as a research fellow at Birkbeck, University of London, and is also among the founders of the Helsinki Citizens Assembly, a Turkish-based human rights organization.

(**BREAKING: Istar was released from detention today, 100 days after she was first taken into custody, but she has to return to court on September 12, 2017. https://bianet.org/bianet/insan-haklari/185010-prof-gozaydin-hakkinda-tahliye-karari)

Turkey: Kurdish Politicians Including HDP Co-Chair To Go On Hunger Strike In Protest Of Prison Conditions

A statement from Demirtaş released by the HDP on Thursday said: “In consequence of Edirne Prison’s stance of no dialogue, unlawful practices, inhumane practices against other prisoners and the complete lack of good intentions regarding the ending of hunger strikes that have been continuing for days, we, too, from Friday on, will begin a hunger strike. We invite the public to display sensitivity regarding the hunger strikes and the continuing violation of rights in prisons.”

Turkey has stepped up political pressure on Kurdish politicians in recent months. The Turkish government has jailed 13 members of the pro-Kurdish democratic opposition in Parliament on terrorism charges and arrested a total of 84 co-mayors from the pro-Kurdish Democratic Regions Party (DBP) in the past couple of months while seizing the administration of 54 municipalities across southern Turkey.

CCBE Event “How to improve the protection of threatened lawyers worldwide? Practical tools from the EU Human Rights Defenders mechanism” 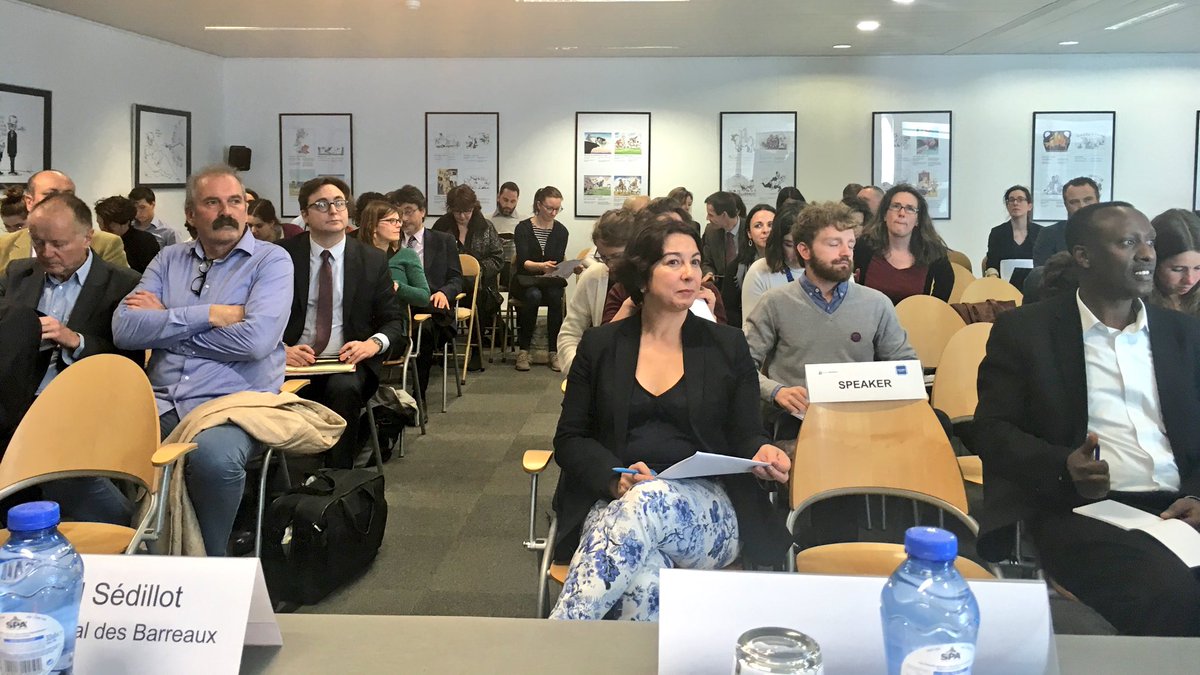 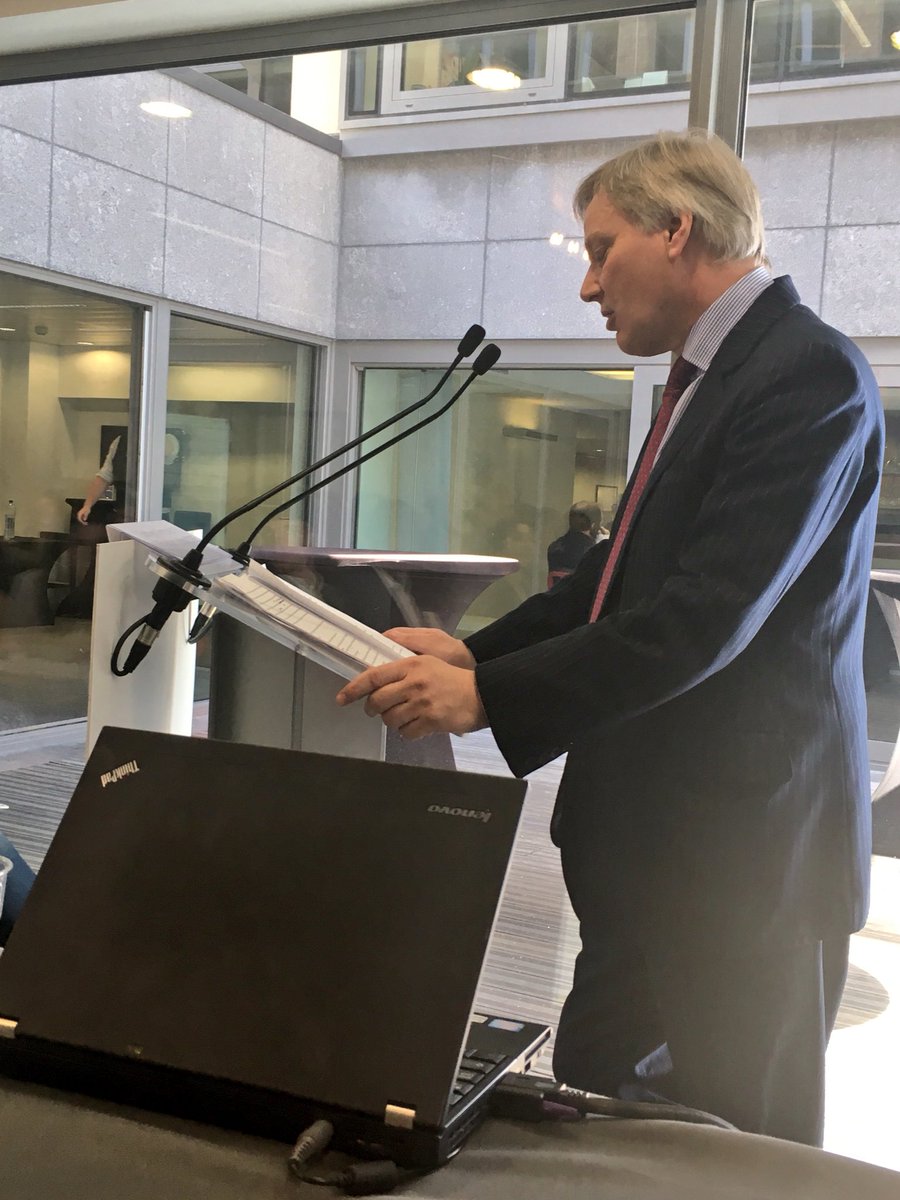 Defending human rights is not a crime, says Ruthven Gemmel, president of @CCBEinfo More than 1000 lawyers killed, wounded or arrested in ’16 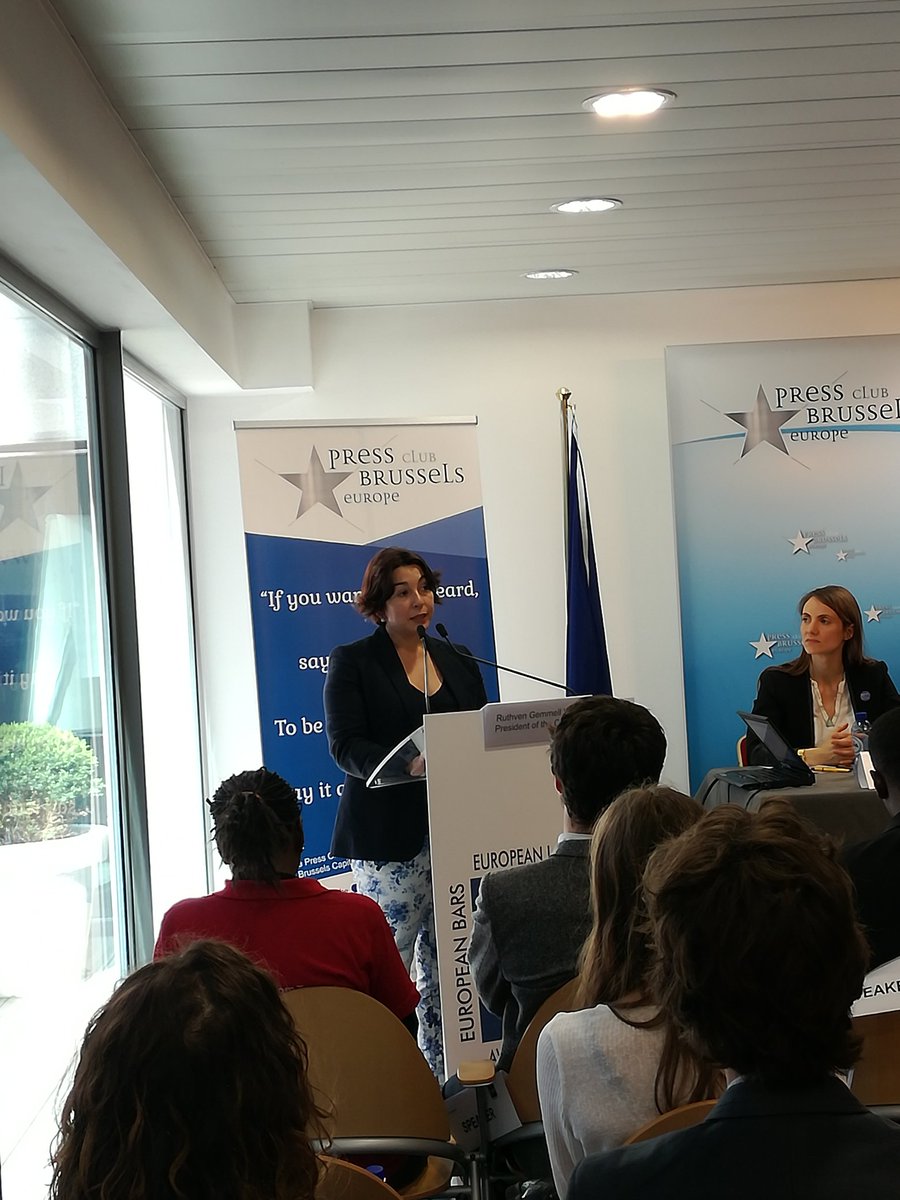 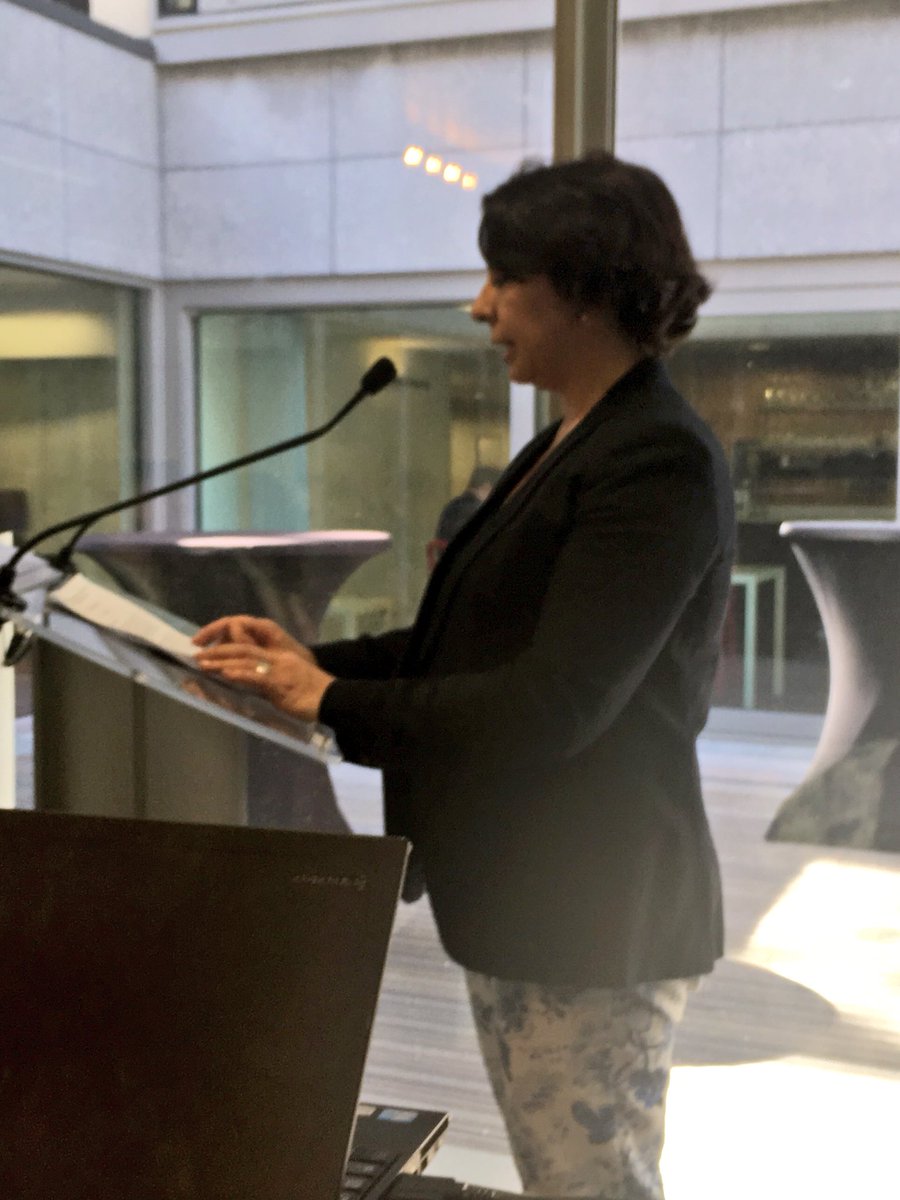 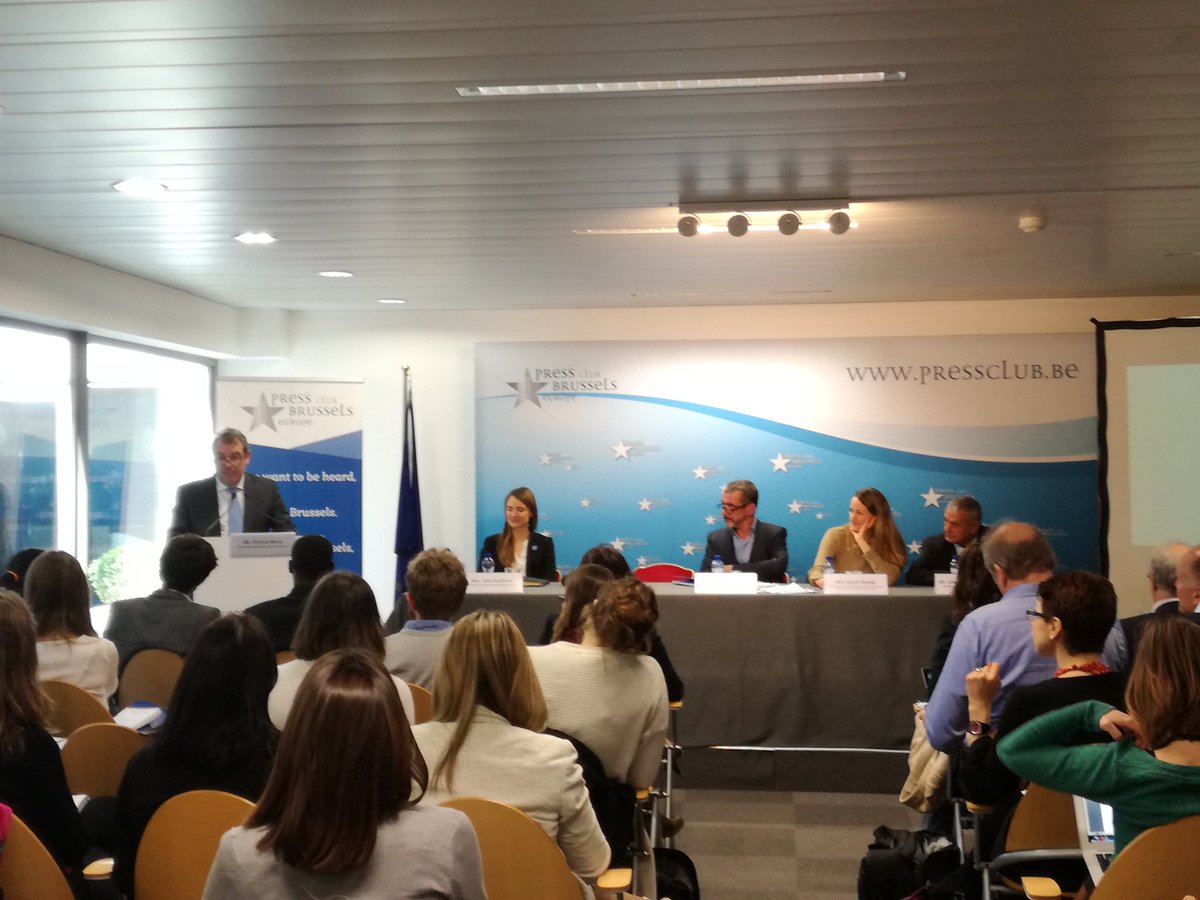 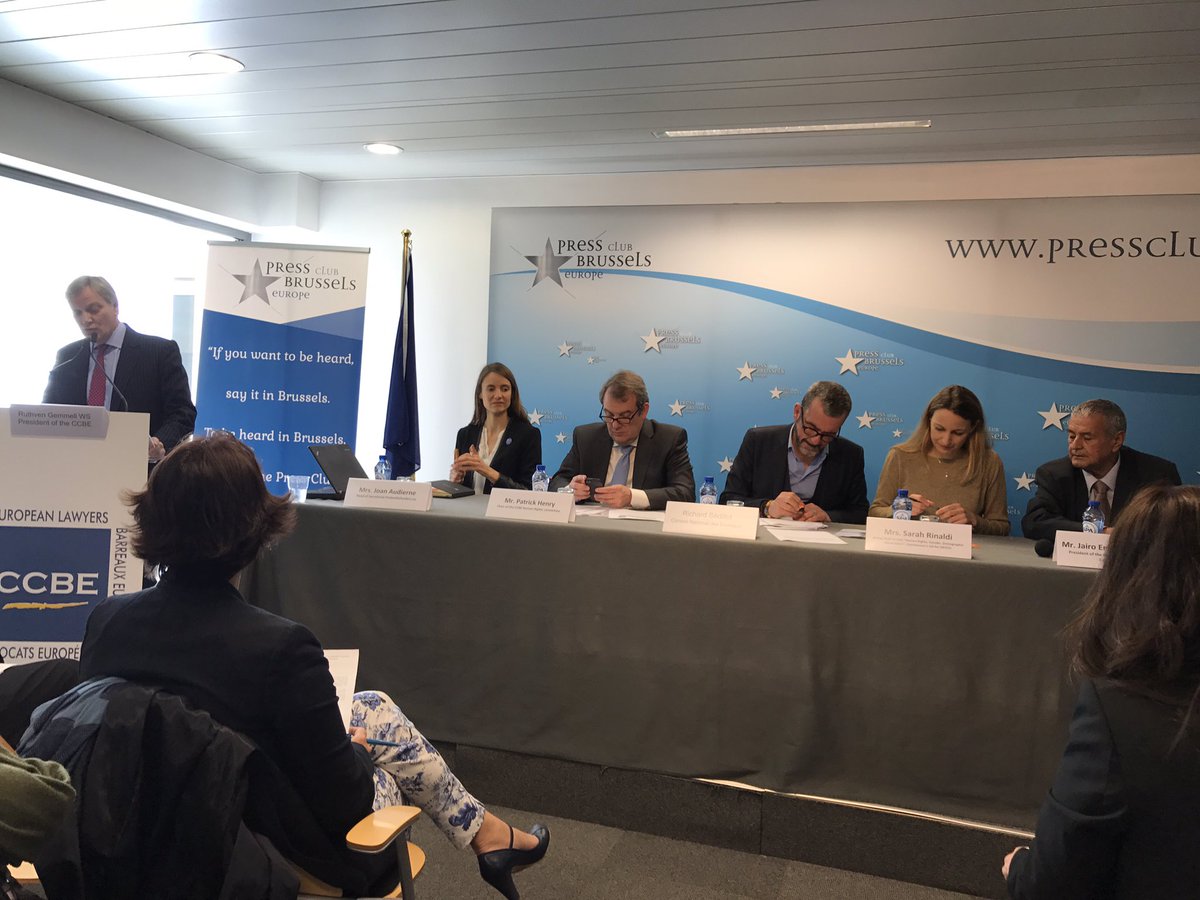 How to improve the protection of the threatened lawyers worldwide? 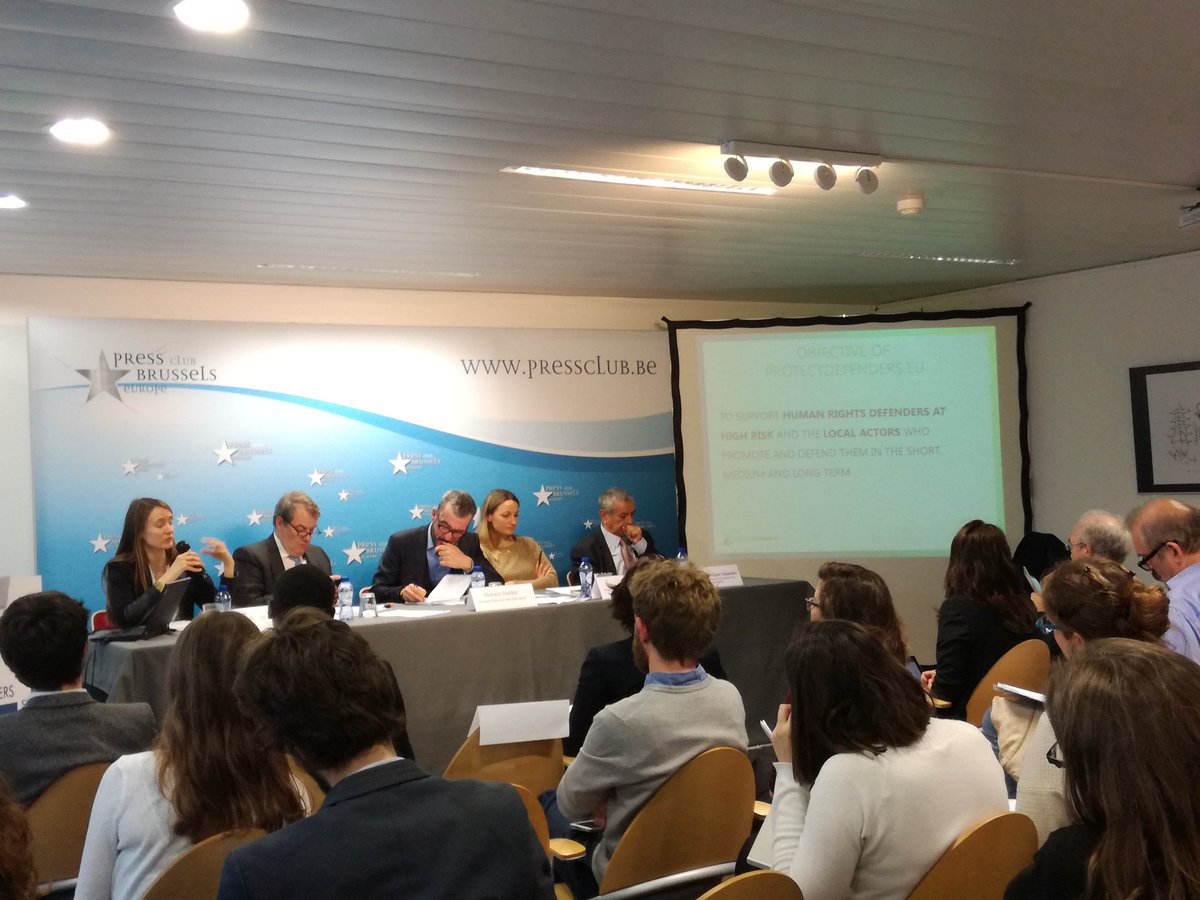 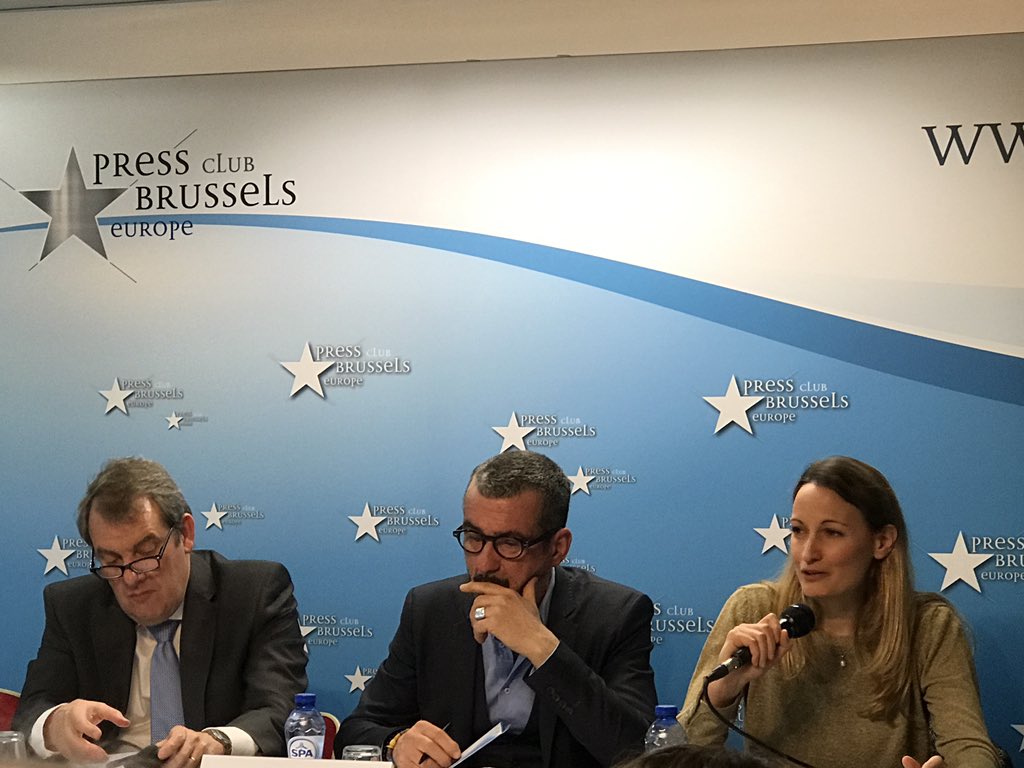 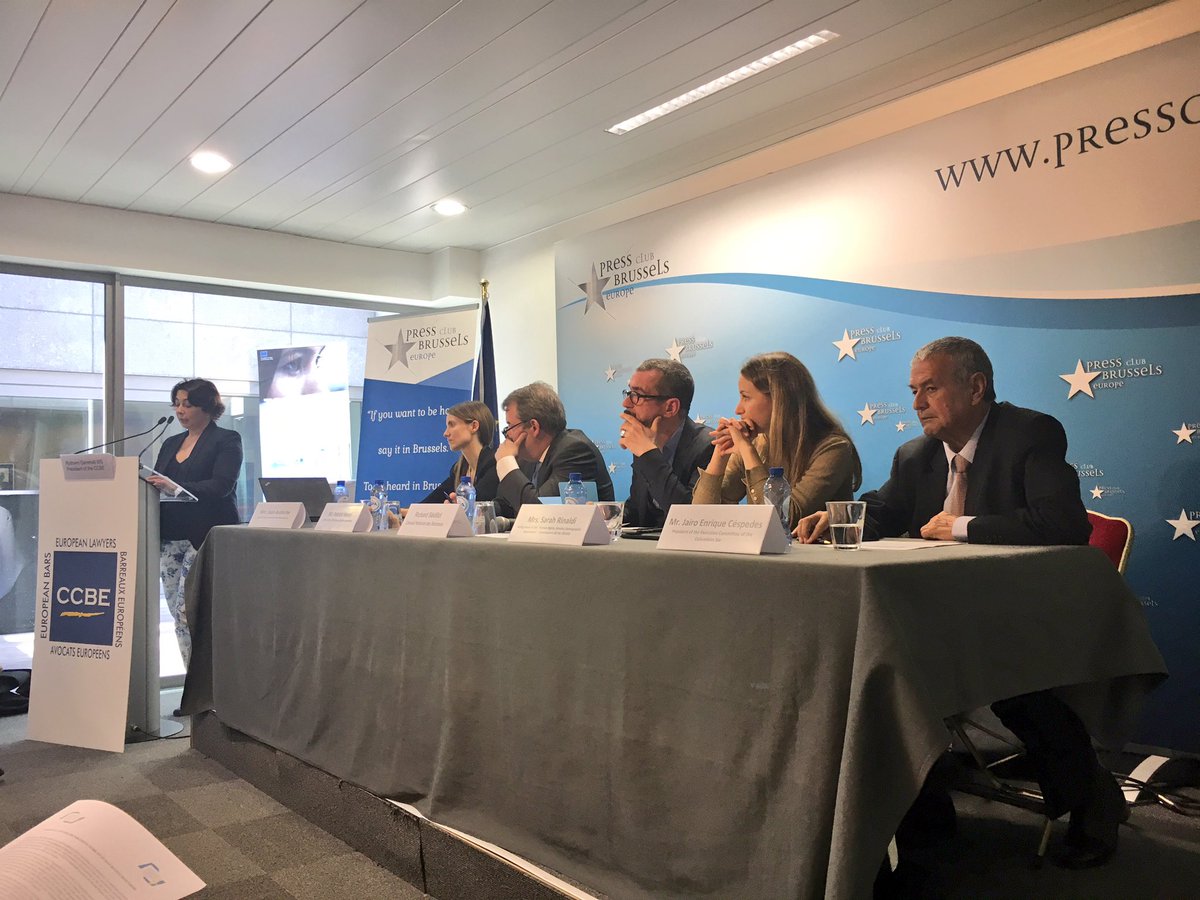 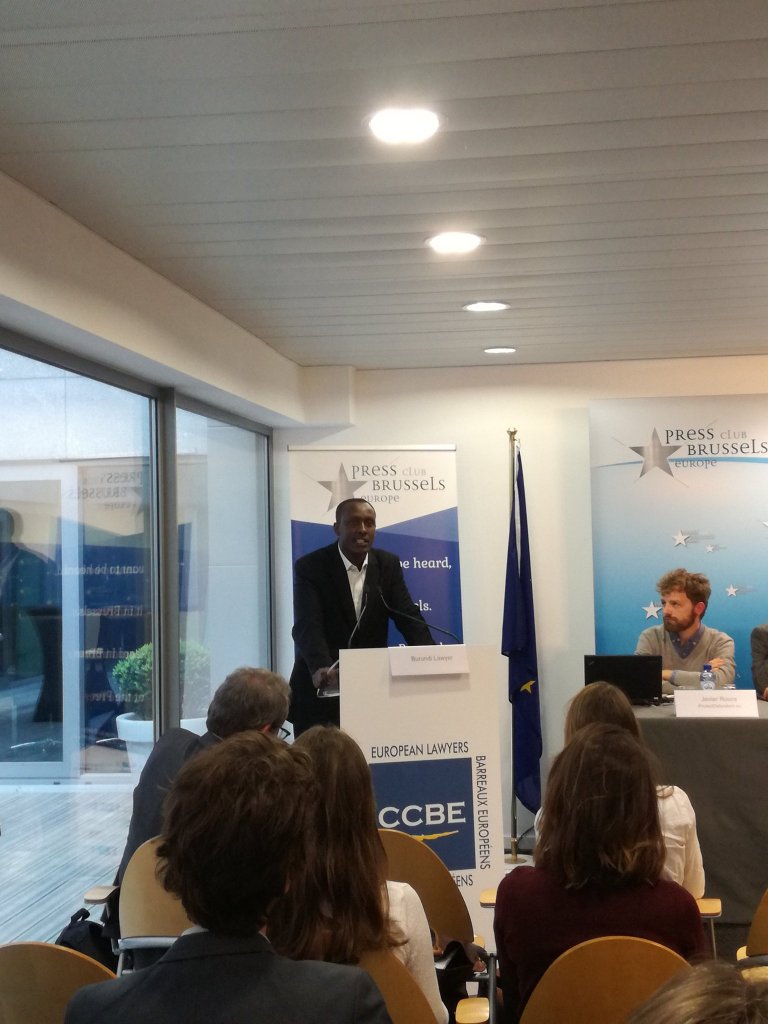 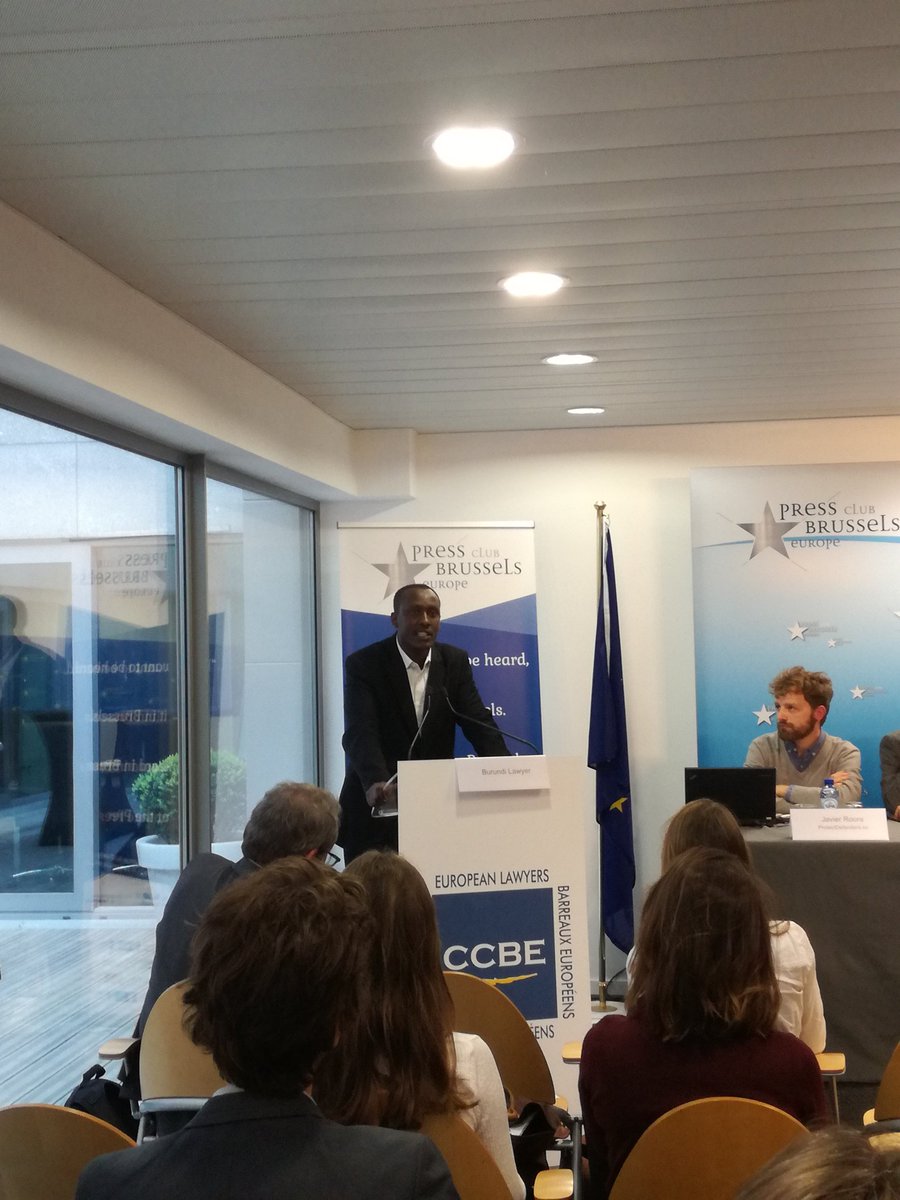 Index of attacks and threats against Human Rights Defenders- an important tool developed by ProtectDefenders.eu

A huge cleansing of Turkey’s state and other institutions is continuing as people from all walks of life find themselves being hunted down and taken into custody.

At least 2586 people were detained, with 423 of them put under arrest, in operations targeting the Gülen movement and Turkey’s Kurdish minority over the past month, according to data compiled by Turkeypurge.com.

The detentions and arrests took place between March 1 and March 29.

On March 29, Nuri Polat, a lawyer representing Meral Akşener, a former deputy and candidate for leadership of the opposition Nationalist Movement Party (MHP), was detained by police over alleged links to the movement.

On March 28, at least 34 people were detained over their alleged use of ByLock mobile application, which the government believes to be a top communication tool among Gülen movement followers.

Ali Fuat Yılmazer was jailed following corruption probes in late 2013 implicating then-Prime Minister Recep Tayyip Erdoğan’s government and is accused of having committed a range of crimes, from illegal wiretapping to involvement in the murder of Turkish-Armenian journalist Hrant Dink in 2007. He is being held in Silivri Prison, and his daughter Fatma was serving as his lawyer.

On March 27, at least 14 people, including businessmen and housewives, were detained over their alleged use of ByLock mobile application.

On March 27, a former Council of State judge, identified by initials F.E., was detained in Istanbul’s Pendik district as he was leaving a housing compound with a fake ID on him.

On March 25, a total of 65 civilians, including businessmen and housewives, were detained as part of ongoing operations targeting the alleged followers of the Gülen movement due to their use of ByLock.

On March 25, 6 people were detained in the eastern province of Bingöl on charges of disseminating terrorist propaganda from their social media accounts, according to a statement from the Bingöl Governor’s Office.

On March 25, arrests warrants were issued for 60 previously dismissed police officers over alleged use of ByLock.

On March 23, police detained 35 lawyers who defend suspects who are accused of Gülen links in several ongoing trials.

Dozens of scholars in Australia, the U.S., Britain and Hong Kong are urging Beijing to let a Sydney-based academic return home, warning that continued barring of his departure is raising concerns about the risks of conducting research in China.

Organizers of an open letter to President Xi Jinping and Premier Li Keqiang say more than 80 scholars have signed it so far, and it will be sent next week after the number of signatories is expected to exceed 100.

It calls for authorities to allow Feng Chongyi, an associate professor at the University of Technology Sydney, to return to Australia after he was preventing from doing so last week on suspicion of endangering national security.

Feng is a Chinese citizen and permanent resident of Australia, according to his lawyer. His case was cited earlier this week by politicians in Australia whose opposition over human rights concerns prompted the government to abandon efforts to seek ratification of an extradition treaty with China.

“Feng Chongyi, as a Chinese citizen, is obliged to cooperate with the relevant investigation by Chinese authorities,” Lu told reporters.

Feng had been wrapping up a three-week trip researching human rights lawyers. Since July 2015, authorities have questioned or detained hundreds of activists and independent legal professionals as part of a crackdown on civil society under President Xi. Some of the lawyers have been labeled threats to national security.

Turkey/USA: Resolution of @ABAesq (American Bar Association) and @MassBar on independence of judiciary, mass arrest and dismissal of judges and lawyers 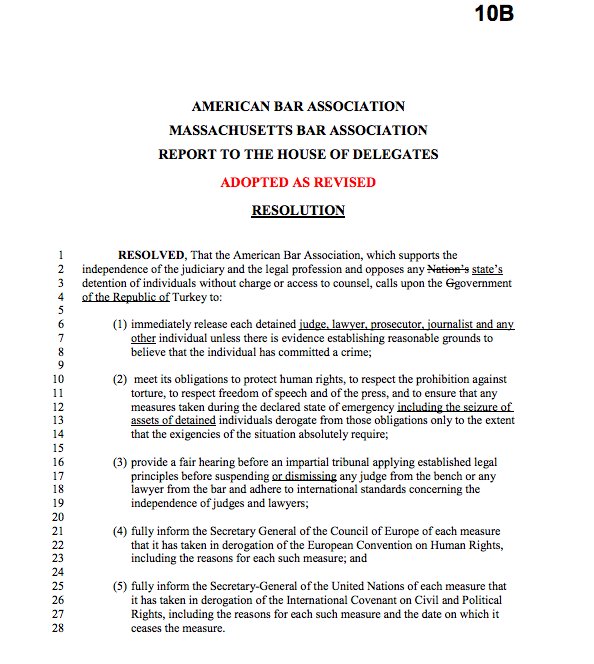 Professor Feng’s pro-democratic commentary has led to reported interrogations in an attempt to stifle academic opposition to the regime.

In question are his links with Chinese liberal intellectuals. But the People’s Republic of China’s (PRC) intervention in academic research continues beyond that of domestic policy and directly involves UTS.

The Australia-China Relations Institute (ACRI), founded by UTS in 2014, has been repeatedly criticised for its funding sources and foreign influence on Australia’s higher education system.

The ACRI releases research, hosts events, and promotes articles “based on a positive and optimistic view of Australia-China relations” according to their website. Director of ACRI, Bob Carr, maintained Chinese human rights violations should be covered by other organisations.

Mr. Carr is currently leading a delegation for ACRI in Beijing this week and has advised that private dealings be taken rather than other options to manage the situation. Vertigo contacted ACRI but Mr. Carr was unavailable for comment.

Now that Professor Feng has been placed on the no-fly list, it brings attention to UTS’ senior leadership regarding the role of ACRI while maintaining academic integrity within the university itself.