The International Association of Judges (IAJ) has published an appeal regarding the situation of the judiciary in Turkey, citing a recent report by the Council of Europe’s Venice Commission that noted Turkey’s proposed constitutional changes were a big setback for democracy.

“The IAJ is concerned that the already oppressed judiciary will be turned into a totally depended instrument of power. The Venice Commission confirms the IAJ’s fears,” the appeal said, adding that the association had been following “the deterioration of the situation of the judiciary in Turkey since 2014.”

“After the attempted coup, it dismissed judges who had been put on a list long before the coup without giving reasons for the individual case and without proper procedure. In such a way since July 15, 2016, 24.4 percent of all judges (2,538 out of 10,382) and 24.3 percent of all prosecutors (1,121 out of 4,622) were dismissed, the majority of whom are in detention. The example of this destiny threatens those judges and prosecutors who remained in office or were recently appointed without sufficient experience. It is more than doubtful that a judiciary in this situation can be [described] as independent,” the association said.

Referring to the Venice Commission report, the IAJ said the commission concluded that the amendments “would place the independence of the judiciary at serious jeopardy” because of the “determining influence of the president on the High Council of Judges and Prosecutors (HSYK), which is the main self-governing body, overseeing the appointment, promotion, transfer, disciplining and dismissal of judges and prosecutors.”

Senator De Lima has been a vocal and high-profile critic of your government’s “war on drugs” which has resulted in thousands of extrajudicial executions and other human rights violations, of mostly poor, defenceless victims. The arrest and ongoing detention of Senator De Lima appears to be a blatant attempt by the Philippine government to silence criticism of the “war on drugs” and divert attention away from serious human rights violations that continue to result.

On 23 February, the Muntinlupa Regional Trial Court in Metro Manila issued a warrant for the arrest of Senator Leila de Lima. De Lima faces three criminal charges under the Comprehensive Dangerous Drugs Act which penalises the “sale, trading, administration, delivery, distribution and transportation of illegal drugs.” The charges are based, in part, on accusations by inmates of New Bilibid Prison. However, employees of both the Bureau of Corrections and the Philippine National Police have stated that Department of Justice Secretary Vitaliano Aguirre authorized the provision of material benefits to the inmates – including televisions, cell phones, internet access and air conditioning units – after they provided testimony against de Lima.

If found guilty, de Lima faces a sentence of 12 years to life in prison. De Lima denies all the charges against her, and has maintained that she is a victim of political persecution.

Nuri Polat, a lawyer representing Meral Akşener, a former deputy and candidate for leadership of the opposition Nationalist Movement Party (MHP), has been detained by police over alleged links to the Gülen movement.

At least 370 lawyers have been jailed, while 967 others have been investigated either over alleged involvement in a coup attempt on July 15, or having links to the Gülen movement, which the government accuses of masterminding the attempted coup.

The data was compiled by Turkey Purge editors based on reports released by Turkey’s state-run Anadolu news agency and the @Av_EvrenSEL Twitter account, an initiative for the arrested Turkish lawyers, since the failed coup attempt on July 15, 2016.

The Turkish government accuses the movement of masterminding a failed coup attempt on July 15, 2016. The movement denies the accusations.

Akşener has been waging a campaign against incumbent MHP Chairman Devlet Bahçeli, who is an open ally of Turkey’s ruling Justice and Development Party (AKP) and Turkey’s autocratic President Recep Tayyip Erdoğan. Akşener, on the other hand, opposes the changes to the constitution that will be voted in the referendum on April 16.

Tunisia: The Italian Advocacy supports democracy and development in Tunisia by reopening the Hotel Imperial in Sousse (18-21 May, 2017)

Initiative promoted by CNF and National Bar Association of Tunisia

The Consiglio Nazionale Forense together with the Tunisian National Bar Association and other Institutional and political Italian advocacies (together with friends and families) are organizing an International Conference which will take place at Hotel Imperial in Sousse from 18th to 21st of May 2017 (Tunisia). The Conference will focus on Democracy and Peace, by underlining the relationship between citizen security and respect for democracy and human rights.

The main aim of the Conference is to reopen the Imperial Hotel in Sousse where, on 26 June 2015, 39 tourists have been killed on the beach in a terroristic attack.

FOR INFORMATION AND BOOKING: 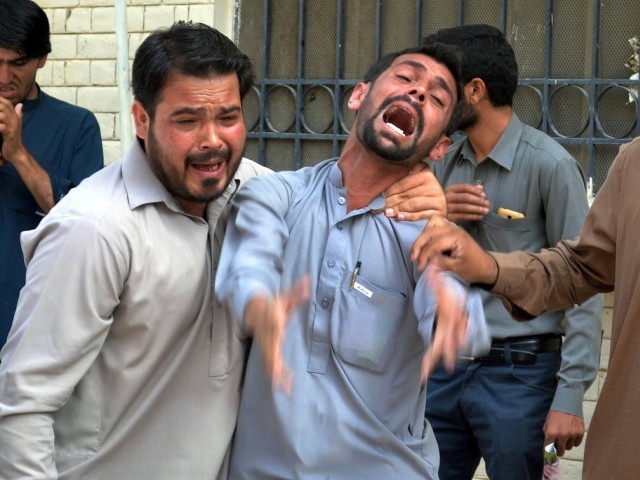 Of the 280 practising lawyers in Quetta, 56 were killed and 92 were injured in a blast at Civil Hospital last year. With courts completely closed for the following three months and lawyers boycotting in protest until very recently, people saw no choice but to head to jirgas to resolve their issues.

weeps againAbdul Hafiz is one such person. His young son Jalal remained in jail for four months because his lawyer was killed in the explosion and courts stopped working. “A fellow villager tried to illegally build a shop on our land and my son got into a fight with him. In such cases, court grants bail in the second or third hearing but my son languished in jail for so long because he didn’t have any legal aid,” Hafiz shares.

After hiring a new lawyer, the helpless father says, he got his son out of the jail and registered his case with a jirga to get swift justice.

Jirgas are seen as an easy source of justice as they require no money and the matter is resolved in a month or two. Headed by tribal elders and religious clerics, the jirgas base their decisions on consensus in the light of Islamic laws and local traditions. One of these is Balochistan Aman Jirga, which is made up of Pashtun, Baloch, Hazara and Punjabi elders in Quetta. It is currently working on 500 major and minor cases.

A lawyer for detained University of Technology academic Chongyi Feng has called for the Australian government’s help to get him out of China.

Dr Feng, an associate professor in Chinese studies at the University of Technology Sydney, was on his way back to Australia after completing field work in China when he was stopped by internal security agents from Tianjin — where his Chinese passport is registered.

After Dr Feng was asked to take a lie-detector test, he tried to leave the country but was prevented from boarding flights to Australia. He has been interrogated by the same Chinese internal security agents, his lawyers have said.

Dr Feng was interrogated again yesterday for a number of hours, friends who talked to him said, but he can leave his hotel and make phone calls. He has been warned to co-operate with internal security officers and told not to talk to the media.

Now, in a phone interview with the Chinese language Voice of America network, his lawyer Jinxue Chen suggested only the Australia government or his employers, UTS, could help get the professor out of the country.

Thursday March 30th marks the 100th day of imprisonment of Professor Istar Gozaydin, lately Chair of the Department of Sociology at Turkey’s Gediz University. Dr Gozaydin is an especially prominent observer of government policy and of the state’s religious affairs directorate (Diyanet). Her lengthy detention and the charges filed against her on March 17th reflect an extreme case in a developing pattern of infringement of freedom in Turkey.

A founder of Turkey’s branch of the Helsinki Citizens’ Assembly in the 1990’s, Dr Gozaydin has long pursued research and action within the public sphere. She was suspended from her academic duties at Gediz University for re-tweeting an admonition against the death penalty several days after the coup attempt failed in Turkey on July 15-16, 2016. Just one week following the coup attempt, the university was shuttered by Turkey’s Higher Education Council. According to Clare Robinson, Advocacy Director of the Scholars at Risk Network, Gozaydin is one among 5,913 personnel recently dismissed from the higher education system by government order. Robinson further notes that “these closures and dismissals are only the beginning. Scholars at Risk has verified at least 607 detentions of, or warrants issued for, higher education personnel and at least 148 prosecutions of scholars, students, and other higher education personnel.”

Dr Gozaydin is charged with membership in the Gülen religious and social movement, which the government of Turkey refers to as a terrorist organization that it has taken to be the source of the 2016 coup attempt.

See below for details of updates on these cases:

On March 31, the Foshan City Intermediate People’s Court will announce verdicts against the two Guangdong-based activists. Both were tried on charges of “inciting subversion of state power” on successive days nearly a year ago—Su on April 21, 2016, and Chen the following day. The court will announce Su’s verdict at 9 AM and then issue its verdict in Chen’s case.

The Upcoming Trial of Four Chinese Citizens and Lawyers/Activists