Rebels with a cause: Africa’s whistleblowers need urgent protection 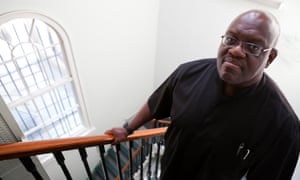 A group of activists, lawyers and artists have launched a platform to help citizen watchdogs in often dangerous situations

In many African countries, the secretive and self-serving deeds of political and business elites have come to light thanks only to whistleblowers.

Not just in Africa but worldwide, citizens are becoming aware of the dark and oppressive political, economic and financial powers being exercised over their daily lives. Thanks to the revelations of whistleblowers, we can better fight back.

Kary Stewart looks at why 850,000 children work in Bolivia, and whether the numbers can be vindicated by the country’s unique cultural context

But as the source of this information, whistleblowers are often the first victims of their own disclosures. High-security prisons, forced exile, endless legal proceedings, death threats and other reprisals turn these defenders of the public interest into public enemies.

Judicial authorities in Tajikistan have sentenced prominent human rights lawyer Buzurgmehr Yorov, who is serving a 23-year prison sentence, to an additional two years behind bars.

Yorov’s lawyer, Mavluda Mamatqulova, told RFE/RL on March 16 that the Supreme Court found her client guilty of contempt of court and insulting a government official on March 15 and sentenced him the same day.

Yorov’s wife, Zarina Nabieva, told RFE/RL that her husband will appeal the ruling.

Yorov was sentenced to 23 years in prison in October, after the Dushanbe City Court found him guilty on charges of issuing public calls for the overthrow of the government and inciting social unrest.

At that trial, Yorov pleaded not guilty and called the case against him politically motivated.

He then read out verses by the 11th century Persian poet Omar Khayyam about fools, which led to the charges of contempt of court and insulting a government official.

Yorov was a lawyer for 13 members and leaders of the Islamic Renaissance Party of Tajikistan (IRPT), which President Emomali Rahmon’s government labeled a terrorist organization and outlawed in 2015.

Advocate R Mahadevan has relatives who won’t talk to him any more. They don’t understand why he represents ‘people who hate their country’.

“I tried explaining the importance of a defence lawyer, but now I have just come to accept these things,” Mahadevan says.

He is currently representing suspects in the Bangalore serial blasts case, when nine bombs exploded in the city in 2008, killing 2 and injuring 20.

It’s not easy arguing for the damned. Threats of violence and death are common. Some lawyers find notes stuck on their cars, detailing the whereabouts of their children.

And then there are the attacks from within their circle — friends distance themselves; neighbours ask, why do you do it? At a family wedding, a relative may start an argument; during a festive gathering, suddenly the focus shifts to you.

“At a friend’s son’s wedding, I was asked by a relative, ‘Why did you undo the hard work done by the police?’ It was disturbing to think that even people who know me think of my work like this.”

In Lucknow, Mohammad Shoaib was beaten up in a courthouse, by other lawyers, for defending Aftab Alam Ansari, accused in the 2007 Lucknow court blast case. Charges against him were later withdrawn. “I had evidence that Ansari was at a doctor’s office on the day of the blast,” Shoaib says

Detention warrants were issued for 23 dismissed judges and prosecutors in İzmir as part of an investigation into the Gülen movement and a failed coup attempt on July 15.

Out of the 23 jurists for whom detention warrants were issued, 20 had been taken into custody as of Saturday noon by police in İzmir after raids on a number of locations.

On Friday, Turkey’s Supreme Council of Judges and Prosecutors (HSYK) dismissed 202 judges and prosecutors over their links to the faith-based Gülen movement, which Turkish authorities accuse of being behind the failed coup attempt in July last of year.

Although the Gülen movement strongly denies having any role in the putsch, the government accuses it of having masterminded the foiled coup. Fethullah Gülen, who inspired the movement, called for an international investigation into the coup attempt, but President Recep Tayyip Erdoğan — calling the coup attempt “a gift from God” — and the government initiated a widespread purge aimed at cleansing sympathizers of the movement from within state institutions, dehumanizing its popular figures and putting them in custody.

In the currently ongoing post-coup purge, over 135,000 people, including thousands within the military, have been purged due to their real or alleged connection to the Gülen movement, according to a statement by the labor minister on Jan. 10. As of March 1, 93,248 people were being held without charge, with an additional 46,274 in pre-trial detention.

According to tally by turkeypurge.com, a total of 4,272 judges and prosecutors were purged over alleged coup involvement or terrorist links.