The Bar Association of lawyers in Egypt has gone on strike after seven lawyers were jailed for five years for insulting a judge and the judiciary.

In a statement released late yesterday the President of the Bar Association, Sameh Ashour, said: “The Bar Association in conjunction with the sub-councils of trade unions decided to organise a general strike in front of the criminal courts on Saturday.”

The lawyers had been found in contempt of insulting judges and the judicial system. Seven were handed five-year prison sentences while two others will face a retrial.

The original prosecution in May involved 22 lawyers 13 of whom were acquitted of all charges. Eight of the remaining lawyers had been sentenced to death and one was given a three year jail term.

“I won’t be silenced”

Arrested in Manilla on drug-related charges on February 27, Philippines Senator Leila de Lima, the most vocal elected opponent to President Rodrigo Duterte, says she won’t be silenced in a statement sent to the organizers of the Festival.

Turkey: Letter from European Association of Judges President, Mr. José Igreja Matos, concerning the referendum to be held in Turkey 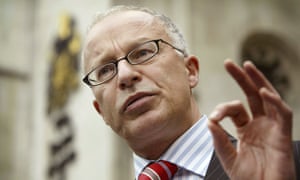 The campaigning human rights lawyer Phil Shiner, who was struck off as a solicitor for pursuing fictitious Iraqi compensation claims against the Ministry of Defence, has been declared bankrupt.

The Insolvency Service website states the 60-year-old, who ran the firm Public Interest Lawyers (PIL) in Birmingham, was made bankrupt on Tuesday.

The declaration of insolvency will deprive the MoD of an opportunity to recover any of the millions of pounds it maintains it is entitled to claim from Shiner.

The former solicitor could not afford to retain lawyers to represent him at the Solicitors Disciplinary Tribunal in London last month. He did not attend and was not represented at the hearing. He also told the tribunal that he was unwell.

Shiner was found guilty of multiple professional misconduct charges, including dishonesty and lack of integrity in bringing murder and torture claims in relation to the “Battle of Danny Boy” near Amara in 2004.

Turkey’s Supreme Council of Judges and Prosecutors (HSYK) on Friday dismissed 202 judges and prosecutors over their links to the faith-based Gülen movement, which Turkish authorities accuse of being behind a failed coup attempt in July 15, 2016.

The decision was taken during a HSYK meeting on Friday evening.

Although the Gülen movement strongly denies having any role in the putsch, the government accuses it of having masterminded the foiled coup. Fethullah Gülen, who inspired the movement, called for an international investigation into the coup attempt, but Turkey’s autocratic President Recep Tayyip Erdoğan — calling the coup attempt “a gift from God” — and the government initiated a widespread purge aimed at cleansing sympathizers of the movement from within state institutions, dehumanizing its popular figures and putting them in custody.

In the currently ongoing post-coup purge, over 135,000 people, including thousands within the military, have been purged due to their real or alleged connection to the Gülen movement, according to a statement by the labor minister on Jan. 10. As of March 1, 93,248 people were being held without charge, with an additional 46,274 in pre-trial detention.

According to tally by turkeypurge.com, a total of 4,272 judges and prosecutors were purged over alleged coup involvement or terrorist links.