Turkey: The General Sec. of the Maras Bar Association confirmed that there was a detention decision about the president of the bar. 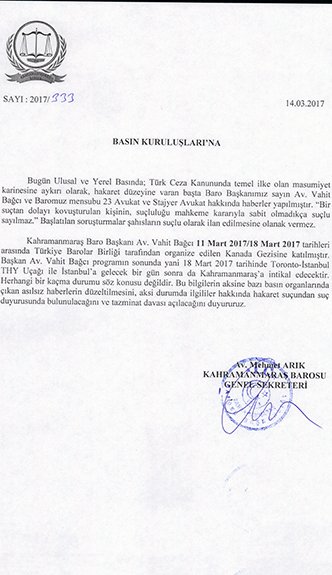 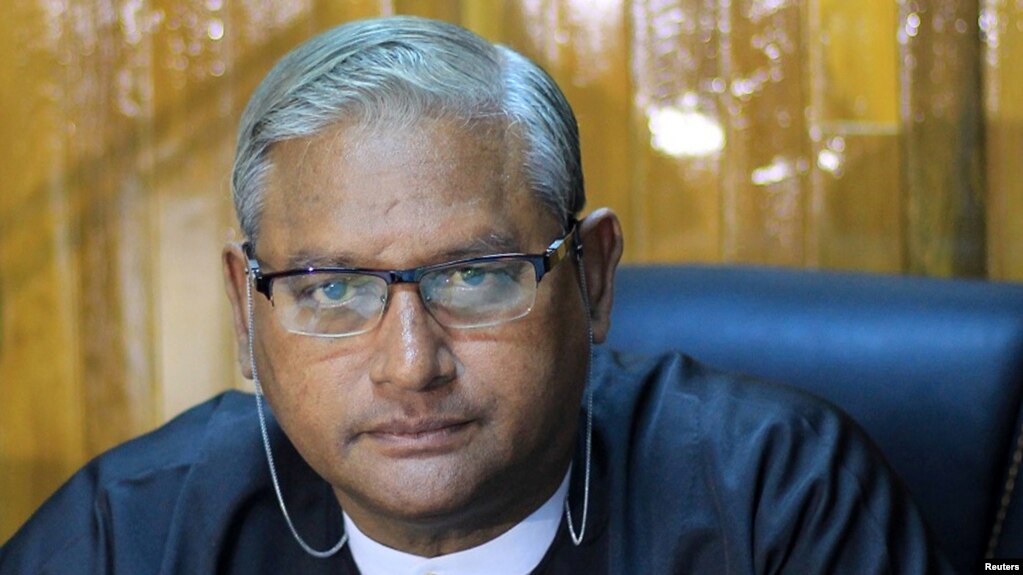 A close associate of murdered Myanmar lawyer Ko Ni says the constitutional expert was working on a plan to weaken the military’s political power when he was gunned down at Yangon’s airport soon after his return from a conference in Indonesia on January 29.

The revelation is likely to feed persistent suspicions – which have been denied – that the military had a role in the assassination.

Despite handing over power to a civilian government led by the National League for Democracy (NLD) party of activist Aung San Suu Kyi, the Myanmar armed forces retain wide powers under a constitution it promulgated in 2008.

That constitution guarantees the military 25 percent of the seats in parliament and gives it a veto over any constitutional amendment. It also controls the Ministry of Home Affairs, giving it authority over much of the nation’s permanent bureaucracy.

Murdered lawyer Ko Ni may have found a loophole around the military.

Iran: UNTIL WE ARE FREE: THE SHIRIN EBADI STORY

Until We Are Free: My Personal Fight for Human Rights in Iran is a biographical account of Shirin Ebadi, a 2003 recipient of the Nobel Peace Prize.  A native Iranian Muslim and proud of it, Mrs. Shirin Ebadi documented the cruelty of the Islamic Republic of Iran.  In her book, Ebadi provides moving descriptions and clear evidence of the repressive nature of the Iranian regime.  What emerges is a clear picture of a Stalinist-like regime absent the Soviet Gulags. The regime’s Intelligence Ministry shuts down all criticism of the regime, by arrests, torture and murder. There is no free press in the Islamic Republic of Iran, no free speech, and every facet of free life is controlled and repressed by the Ayatollahs, through their praetorian guards — the Islamic Revolutionary Guards Corps (IRGC), and the Basij Resistance Force, a voluntary paramilitary organization operating under the IRGC.  It is an auxiliary force with multiple duties, including internal security, law enforcement, special religious and political events, and morals policing.

Removed from her judgeship by the Islamic Republic, Ebadi became a civil rights lawyer but soon found her attempts to defend the innocent and voiceless people being blocked by the regime’s extensive apparatus and corrupt officials.  Ebadi writes: “On several occasions I had trouble simply trying to review a file at the court-house.  The clerk, upon realizing that I wasn’t going to ‘tip’ him for retrieving the file, would say ‘Sorry the file is missing.  Come back tomorrow.’  I would go back the next day, and he would say, ‘Sorry, I haven’t had a chance to reach for your file…” Justice in the Ayatollahs Iran, Ebadi concluded, is “bought, not fought for or deliberated.”

Cameroon: ‘Your Children Will Die if You Don’t Stop’

Michel Togué, a lawyer in the African country of Cameroon, has received death threats for defending lesbians and gays.

This one, like the others, came anonymously  “We know that your wife is now shopping in the mall. We know your children are now standing in front of their school. They will die if you don’t stop.”

After the death threats began, he requested help from the Lawyer’s Association in his country, but their president said: “Stop defending the LGBT community and you won’t have problems anymore.”

Togué filed a complaint with the police, but they laughed him away, saying, “Don’t defend those faggots.” He did not receive any protection.

On March 13 Togué, together with his colleague Alice Nkom, will receive the prestigious Dutch Geuzenpenning Award 2017 in Vlaardingen, the Netherlands for their courageous work. We know just how courageous they have been and how well-deserved this award is because Human Rights Watch has collaborated with these lawyers for years and documented how dangerous it is to be gay or lesbian in Cameroon.

http://www.volkskrant.nl/binnenland/kameroense-advocaten-die-opkomen-voor-lhbt-rechten-krijgen-geuzenpenning-2017~a4473739/?utm_source=facebook&utm_medium=social&utm_campaign=shared%20content&utm_content=free (NEDERLANDS) (On March 13, 2017 two Cameroon lawyers received the Dutch “Geuzenpenning”, a recognition for important work for democracy and human rights. The two lawyers Michel Togué and Alice Nkom defend people that are prosecuted because of their homosexuality, they continue their work under constant threats.)