Turkey: Female Judge Detained Over ByLock Use In Hakkari

A female judge, identified with initials N.Ş.D., has been detained in Hakkari province as part of an investigation targeting the Gülen movement, which President Recep Tayyip Erdoğan and the Justice and Development Party (AKP) government accuse of being behind a failed coup attempt on July 15.

The detained judge is accused of using of a smart phone application known as ByLock, which Turkish authorities say is the top communication tool among the followers of the Gülen movement.

N.Ş.D. was reportedly among the 227 judges who were dismissed by The Supreme Board of Judges and Prosecutors (HSYK) on Feb. 20. Some 4,000 judges and prosecutors have lost their jobs while many of them have been arrested since July 15. 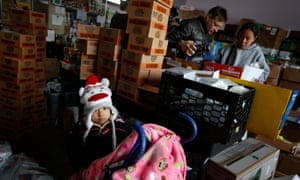 The legal aid program, which represents a miniscule portion of the government’s projected $4tn budget, is one of many small but mighty programs flagged for elimination in Trump’s draft budget. Others include the Corporation for Public Broadcasting, Americorps and the National Endowments for the Arts and Humanities. Critics of the cuts point out that they won’t budge the deficit but would erode quality of life and threaten the most vulnerable.

Human rights defenders Waleed Abu al-Khair and Cindy Blackstock, PhD, were recognized for their outstanding contributions to the advancement of human rights and the promotion of the rule of law provincially, nationally and internationally.

“We are extremely pleased to honour Dr. Blackstock and Mr. Abu al-Khair, both of whom have shown remarkable courage and conviction in their tireless efforts to promote human rights, said Law Society Treasurer Paul B. Schabas at the evening ceremony. “Through Dr. Blackstock’s efforts to address systemic discrimination of First Nations children, she has made a significant and lasting contribution that will have a powerful impact on generations of First Nations children,” he said. “Mr. Abu al-Khair has sacrificed a great deal. In honouring him with the Law Society’s Human Rights Award, we say to him, and to others like him, your sacrifice does not go unrecognized,” said Treasurer Schabas.

Recipient Waleed Abu al-Khair, 37, has been arbitrarily imprisoned in Saudi Arabia since April 15, 2014. He is a prominent human rights lawyer and activist and is the founder of the organization the Monitor of Human Rights in Saudi Arabia. He has worked tirelessly to defend human rights and the rule of law for all — in the face of extreme adversity and at the cost of his own freedom. Gail Davidson, Executive Director of Lawyers’ Rights Watch Canada, accepted the award on his behalf.

“Waleed began practising law in 2007 and since then he has used the written and spoken word coupled with his legal knowledge, to fearlessly advocate for reforms to improve the lives of all in Saudi Arabia by calling on the government to allow its citizens to enjoy internationally protected rights such as rights to freedom of expression, association, assembly and the right to participate in public affairs. He has also advocated passionately for the equal rights of women and on behalf of prisoners of conscience,” Davidson said.

Philippine drug war critic Leila de Lima was a highly paid lawyer who switched focus mid-career to human rights, a decision that would draw her into the deadly world of President Rodrigo Duterte.

De Lima was arrested on Friday (Feb 24) on drug trafficking charges which she insisted were manufactured to silence her opposition to Duterte’s anti-crime crackdown, which has claimed more than 6,500 lives in eight months.

De Lima, 57, began her career as one of the brightest legal prospects in the Philippines, having scored the eighth highest mark in the country’s annual lawyer licence exams in 1985.

She worked as a law clerk for the House of Representatives and as a legal aide of a Supreme Court associate justice, while building a successful law practice that specialised in helping prominent politicians in election court challenges.

De Lima helped now-Senate President Aquilino Pimentel Jnr to unseat a senate election rival, and future senator Alan Peter Cayetano beat a suit alleging he was not a Filipino citizen and therefore not qualified to run for office.

Ironically, Pimentel and Cayetano are now among the most powerful allies of Duterte, a longtime mayor of the southern city of Davao who won presidential elections last year after promising to kill tens of thousands of criminals.

De Lima’s life turned in 2008 when she accepted her first government post as chairwoman of the government’s independent Commission on Human Rights.

A Palestinian lawyer signed a plea deal earlier this week in order to avoid a prison sentence for his alleged involvement with the Popular Front for the Liberation of Palestine (PFLP), as his organization called the case the latest example of Israel’s “persecution of human rights defenders.”

Anas Barghouthi, a lawyer for prisoners rights group Addameer, accepted a plea bargain on Sunday in order to forgo a prison sentence for allegedly being a member of PFLP and leading demonstrations against Israeli policies, NGO Amnesty International reported on Wednesday.
Barghouthi has denied both charges.
“The case exemplifies the persisting persecution of human rights defenders in the absence of any adequate evidence showing that they pose a security threat,” Addameer legal unit director Mahmoud Hassan told Ma’an on Thursday, citing the “prolonged trial proceedings” and “excessive” bail.
The plea bargain includes a 7,000-shekel ($1,892) fine, as well as a suspended sentence of 18 months in prison if Barghouthi is found to be involved with PFLP in the coming five years, and an eight-month suspended sentence if he participates in protests in the next three years.
Barghouthi was initially detained in September 2013 and released on bail in October of that year. The plea deal marked the end of a nearly three-and-a-half year legal ordeal.
…

On 26 February Hollywood’s brightest stars will gather in LA for the Oscars. The biggest film event on the calendar will provide a welcome distraction from the reality of a year that has seen assaults on human rights in almost every country.

Times like these can bring out the best in us, mobilizing people around the world to fight for what is right. Just like in the movies, sometimes extraordinary circumstances can make heroes out of ordinary people.

There are countless brave activists around the world who take great personal risks to defend human rights. Since it’s awards season, Amnesty International is paying tribute to four human rights heroes whose dramatic stories could – and should – be made into movies:

Sirikan Charoensiri, also known as “June”, is a young lawyer who has bravely stood up for human rights during a dark period of military rule in Thailand. In June 2015, she was on hand at a peaceful protest by pro-democracy student activists in Bangkok to monitor the situation and provide legal representation, if necessary.

In Iran, human rights defenders and other peaceful critics are subject to relentless harassment. Over the past year, those jailed after shockingly unfair trials before Revolutionary Courts including lawyers, bloggers, students, women’s rights activists, filmmakers and even musicians.