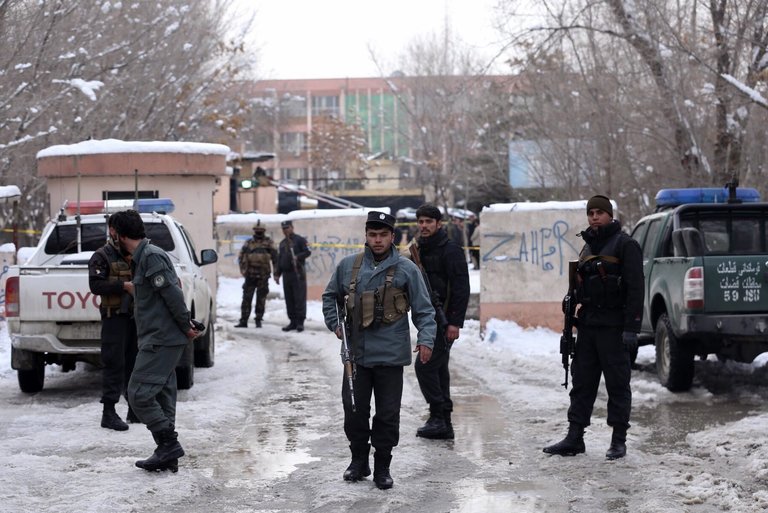 A suicide bombing near the offices of the Afghan Supreme Court in central Kabul during the evening rush hour on Tuesday killed more than a dozen people and wounded many more, officials said.

Witnesses said a suicide bomber walked up to the entrance of the court as workers were leaving and set off his explosives.

Wahidullah Mayar, the senior public relations adviser to the Ministry of Public Health, said 20 people were killed, including three women and one child, and 41 others were wounded. Police officials put the casualties at 13 dead and 25 wounded as of Tuesday night.

China: From Respected Judge to Enemy of the State in China

On Dec. 31, 2011, Zhong Jinhua, a former Chinese judge and successful attorney, suddenly became an enemy of the state.

“If the ban on political parties and limits on the press are not removed within five years … the people and intellectuals won’t stand for it,” he wrote on his Sina Weibo microblog. “I’ll be the first to announce my resignation from the Chinese Communist Party, and organize democratic political parties to overthrow the dictatorship!”

Zhong’s sizable Weibo fanbase shared the comment thousands of times within hours, and he received a flood of praise before the post was purged.

The Party’s mechanisms of control and suppression kicked in immediately: Security agents began calling his cellphone, he was ordered back to Shanghai, and the head of his law firm began thinking up ways to fire him. In the end he managed to keep his job, but the damage had been done: Zhong was now an “anti-Party element.”

China: Lawyer Jian Tianyong has been subjected to enforced disappearance for 3 months

Six people were killed and more than 20 others injured when a group of suicide bombers from a Taliban faction attempted to storm a court complex in northwestern Pakistan on Tuesday, the latest in a string of attacks across the country since last week.

Three attackers hit the sessions court in Tangi town of Charsadda district. They lobbed grenades and fired at the policemen guarding the complex before one attacker blew himself up near the gate. The other two, who were also wearing suicide vests, were gunned down by police.

District mayor Fahad Riaz confirmed the casualties. A lawyer was among the dead, officials said.

The Jamaat-ul-Ahrar, a faction of the Taliban, claimed the attack.

The court complex was crowded in the morning and deputy inspector general of police Ijaz Khan said police averted a major tragedy by preventing the attackers from entering the courthouse.