The ICJ condemns the arrest and detention of Senator Leila De Lima and calls for her immediate release.

The ICJ believes that the charges brought against Senator De Lima are fabricated and thus considers her prosecution to be politically motivated and amounting to judicial persecution.

“This is clearly meant to silence for good a vocal critic of President Rodrigo Duterte,” said Sam Zarifi, ICJ’s Regional Director for Asia and the Pacific.

In August 2016, Senator De Lima led an investigation by the Senate Committee on Justice and Human Rights into hundreds of cases of extrajudicial killings occurring after President Duterte assumed power.

On 19 September 2016, however, she was removed by her colleagues from her position as chairperson of the said committee due to their concerns towards her “continuous efforts to destroy the President”.

Weeks before her removal, on 25 August 2016, President Duterte had accused Senator De Lima of running a drug trafficking ring inside New Bilibid Prison during her stint as Justice Secretary.

On Sunday, Cameroonians along the Front Range gathered in Aurora to show support for their loved ones enduring crisis at home.

Southwest Cameroon is going on more than a month without internet after the government shut of its access in January.

The move came as a tipping point in a longstanding crisis between the country’s French government and the country’s only English-speaking region.

The recent internet shutdown has hurt local businesses in the southwestern portion of Cameroon where several tech start-ups have thrived. It has also stymied local markets as ATM’s and banks have shutdown as a result.

“It was very tricky, I was in a war zone,” Harmony Bobga said. “It’s scary. I had to go underground.”

Bobga, a human rights lawyer in Cameroon, fled his native country in January once a warrant was issued for his arrest. It came only months after smuggling his daughter to neighboring Nigeria as a way to avoid the rampant raping and killings

“It’s not simply our culture is at stake,” Bobga said. “For 56 years there has been a programmed annihilation of our culture.”

Mexico City’s Museum of Anthropology and History is world-renowned for its collection of Aztec and Mayan art, and for exhibitions on the modern culture of Mexico’s indigenous peoples. But on February 21, the museum provided the backdrop for an unprecedented modern ceremony: an official act of apology delivered to three indigenous women by representatives of the the federal prosecutor’s office, the Procuraduría General de la República (PGR), for the violation of their human rights.

The three women, Alberta Alcántara, Jacinta Francisco Marcial, and Teresa González, are members of the Hñä-Hñú (Otomí) people. In addition to the formal apology, they will also receive financial compensation for the wrongful prosecution and imprisonment they suffered over a decade ago at the hands of federal police and prosecutors in their home state of Querétaro. Their story, now nationally known, has also raised fundamental and still unresolved questions about the role and accountability of the PGR in Mexico’s criminal justice system.

The three women were first arrested and unlawfully detained in August 2006, four months after a fracas erupted in the marketplace of the town of Santiago Mexquititlán after the police tried to seize goods from indigenous vendors. All three women were falsely charged with the kidnapping of six federal police officers during the trouble (even though one of the accused—Jacinta Francisco Marcial—was attending mass and visiting the local pharmacy at the time of the alleged crime). The three were tried and convicted without the Hñähñu translator they should have been provided with under the law. Despite the lack of evidence against them, they were each sentenced to 21 years in prison.

It took three years of legal challenges by Centro Prodh, a leading Mexican human rights group, to secure the women’s release, and the overturning of the charges against them. Along the way, the case became emblematic of the failures of Mexico’s justice system to offer equitable access to justice to indigenous people. 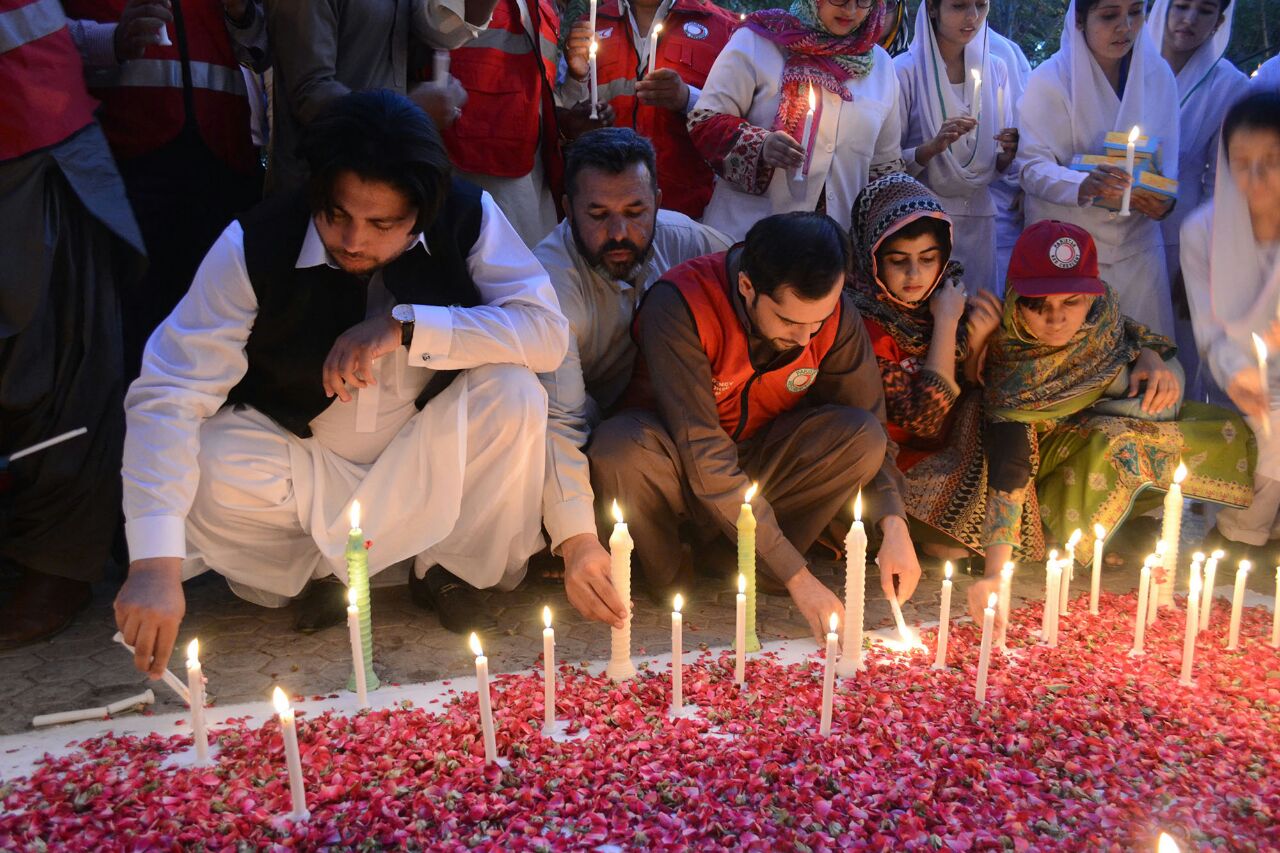 Pakistan’s Balochistan Province has long had a reputation for lawlessness, but it’s never been truer on a practical level than it is today. More than half the provincial capital’s lawyers were killed or injured in a bombing last August, and thousands of cases remain in legal limbo.
On 8 August, a bomb ripped through a hospital where lawyers had gathered to mourn a colleague who had been shot and killed just hours earlier. Of Quetta’s approximately 280 practising lawyers, about 100 were injured and 56 were killed, according to the Balochistan Bar Council.
The blast blew Balochistan’s legal system into disarray. Courts were closed for three months, and lawyers continue to strike two days a week to demand more police protection.
“The 56 lawyers who were killed had almost 5,000 cases and 70 percent of them are still stalled,” Ali Kakar, a lawyer at the Balochistan High Court, told IRIN.
The bombing has left a gaping judicial hole in a province where the rule of law was already tenuous, and violent attacks and human rights violations commonplace.
…

Russia: The Law Society of Upper Canada expresses grave concern about the ongoing harassment of lawyer Bakhrom Khamroev in Russia

The Law Society of Upper Canada expresses grave concern about the ongoing harassment of lawyer Bakhrom Khamroev in Russia.

Bakhrom Khamroev is a human rights lawyer and the head of Erdam, an organization that works to protect Central Asian migrant workers in Russia. He is known for representing persecuted Uzbekistani political refugees.

It has recently come to the Law Society’s attention that on September 29, 2016, 20 armed officers from the Federal Security Service (“FSB”) conducted an eight-hour raid on Bakhrom Khamroev’s home in Moscow, confiscating various documents and technical equipment. He was detained and taken to FSB headquarters where he was questioned about his political viewpoints and his knowledge of two Uzbekistanis who had been charged with terrorism for their alleged involvement in the Islamic political organization “Hizb ut-Tahrir”. He was told he was now a witness in the case against the two Uzbekistanis. Bakhrom Khamroev had previously represented these two individuals on a separate matter. He was later released, but warned that he would be summoned for further questioning.

According to reports, Bakhrom Khamroev has been targeted in the past for his human rights work. Prior to the abovementioned incident, he had been convicted and sentenced to 1.5 years imprisonment on fabricated drug possession charges. He was later released on parole. Additionally, Bakhrom Khamroev has been attacked by both unknown assailants and FSB officers on five separate occasions. While criminal investigations were opened by the Russian authorities for some of the attacks, no suspects were ever identified or brought to justice.

The Law Society of Upper Canada expresses grave concern about the harassment of lawyer Noemi Mendez in the Dominican Republic.

Noemi Mendez is a prominent human rights lawyer known for her advocacy on behalf of migrant workers and Dominicans of Haitian descent. She has represented several individuals affected by the September 2013 judgment of the Constitutional Court which arbitrarily and retroactively deprived generations of people born and raised in the Dominican Republic of their Dominican nationality.

Upon the release of the aforementioned judgment, a number of human rights lawyers who criticized the decision were subjected to threats and other acts of intimidation. The situation has not improved since — human rights lawyers working to overturn the ruling are regularly targeted through smear campaigns, harassment on social media, criminalisation and violent attacks.

According to reports, on December 12, 2016, Noemi Mendez arrived at work to find that the glass entrance door of her office in San Pedro de Macorís had been broken. No valuables appeared to have been taken and nothing seemed to be missing. That said, this damage to her property does not appear to be an isolated incident, as her car had been vandalized just a month prior.