Bujumbura Court of Appeal decided on 16 January to disbar three lawyers from the Bujumbura Bar Association while another one is suspended for one year and excluded from the Council of Bujumbura Bar for five years. The chairman of Bujumbura Bar says the trial is characterized by many irregularities.

Lawyers Vital Nshimirimana, Armel Niyongere, Dieudonnee Bashirahishize were disbarred from the Bujumbura Bar Association while Lambert Nigarura was suspended for one year and excluded from the Council of Bujumbura Bar for five years . They were all accused of non-compliance with professional ethics.

“We were not surprised by this decision of the Court of Appeal of Bujumbura to ban us from the list of Bujumbura Bar lawyers. Given how the trial took place, there were many procedural violations and even the violation of the Basic Law in its Article 38 to refuse our defense lawyers to represent us in the trial, “says Armel Niyongere, one of the four lawyers disbarred.

He accuses the Government of taking harsh measures against them because of their involvement in the denunciation of human rights violations and in defending the victims of crimes committed in Burundi before international courts, in particular the International Criminal Court -ICC.

For Niyongere, this measure is a non-event. He says they will continue their struggle against impunity in Burundi and these reprisals strengthen them in their struggle.

“Even though we do not expect much from Burundi justice because it is not independent, we are going to respect all the appeal process internally, if need be, externally so that the international justice handles our case, “says Niyongere.

Ms Sirikan Charoensiri, aka June, a human rights lawyer and specialist at Thai Lawyers for Human Rights (TLHR), reported to the Dusit District Prosecutor’s Office in Bangkok to hear the prosecution order of her offences on refusing to comply with an order of competent officers and concealing evidence, charged under Sections 142 and 368 of the Thai Criminal Code. The prosecutor stated that they had submitted Sirikan’s letter of petition to the Director of Department of Summary Litigation. Sirikan waits to hear the prosecution order, and is scheduled to report again at 9.30 am on 2 May 2017 at the Dusit District Prosecutor’s Office in Bangkok.

On 12 May 2016, Sirikan had submitted a letter of petition to the Dusit District Prosecutor’s Office when she reported to hear the prosecution order the first time. The letter states the circumstantial evidence and legal opinions on the allegations, that on the night of 26 – 27 June 2015, the police attempted to conduct a warrantless search of her car without the authority. A list of five witnesses were submitted but only two were later scheduled to give statements. (Read more) If the public prosecutor orders to indict Sirikan, this case will be heard in the Criminal Court.

China: A Fourth Update on Lawyer Li Chunfu’s Situation: ‘What Are You Hiding From Me?’

Since Li Chunfu was released from the custody of China’s security forces on January 12, his family has been providing updates on his condition to the outside world. Their notes make clear that Li was left a broken man, suffering both physically and mentally. China Change calls on the United Nations to investigate the treatment of Li Chunfu in custody, and we call for immediate access on the part of legal counsel to Li Heping and Wang Quanzhang, as well as Jiang Tianyong who has been held in secret detention since November 21, 2016. The circumstances of all these individuals are now of grave concern given Li Chunfu’s condition. — The Editors

These last few days I’ve been staying at Chunfu’s (李春富) house, worried that he might have another episode and hurt his wife. Last night we followed the doctor’s orders and invited Chunfu to sit on the sofa with us to chat about his treatment. Chunfu had sustained serious damage to his neck vertebrae and spine in custody, and his neck is a bit twisted. If the doctor hadn’t pointed this out, we wouldn’t have realized.

As we sat on the sofa and finished talking over medical treatment, Chunfu suddenly screamed: “Tell me! What are you still hiding from me!” I was struck dumb. I could only look upon Chunfu’s face, twisted up with a sinister expression, and his eyes, full of ominous glint.

I finally understand what my sister-in-law was referring to about his outbursts. Anxious, I mimicked his cry: “Tell me! What are you still hiding from me!” The doctor suggested that family members may repeat what the patient says. I felt highly insecure, but kept my eyes fixed on him: “Tell me! What are you hiding from us!” The malice in Chunfu’s eyes began to slowly dissipate.

A Fourth Update on Lawyer Li Chunfu’s Situation: ‘What Are You Hiding From Me?’

Lawyers at a U.N. court urged Turkey on Monday to release a judge who is being held in connection with July’s coup attempt, saying his detention was delaying a genocide case.

Judge Aydin Sedaf Akay has been held since September, one of tens of thousands of Turkish officials arrested in a crackdown on people and organizations after the foiled coup in which hundreds died.

Lawyers on both sides of a bid by the defense to reconsider a Rwandan politician’s conviction for genocide said Akay’s absence was holding up the case.

Turkey did not attend a hearing in The Hague on Monday about Akay’s situation and declined to make submissions on his detention, which the court views as illegal because of the diplomatic immunity he enjoys as a U.N. judge.

Turkey was a strong early backer of the international courts set up in the 1990s to try mass crimes from the Yugoslav wars and the Rwandan genocide, but it has become more unilateral under President Recep Tayyip Erdogan.

Akay, a diplomat and long-serving international judge, had been assigned to a panel assembled to determine if new evidence showed Rwandan Augustin Ngirabatware had been wrongfully convicted of genocide and jailed for 35 years.

Turkey: Turkey Kurd leader risks up to 142 years in jail

Turkish prosecutors Tuesday demanded up to 142 years in prison for the leader of the country’s main pro-Kurdish party, in a case that has intensified concerns over freedom of expression.

The charismatic Demirtas — who stood against President Recep Tayyip Erdogan in 2014 elections — was detained along with another nine HDP lawmakers and his female co-leader Figen Yuksekdag.

Prosecutors in the Kurdish-majority southeastern city of Diyarbakir in the same indictment asked that Yuksekdag serves up to 83 years in jail, the state-run Anadolu news agency added.

The MPs are charged with links with and membership of the outlawed Kurdistan Workers’ Party (PKK), which has waged an armed insurrection against the Turkish state since 1984.

But Demirtas, as well as the other MPs, has denied having any links to the PKK and denounced the case as political.

Demirtas, a human rights lawyer, has emerged as a key political opposition actor dubbed the “Kurdish Obama”, leading the HDP to an unprecedented political breakthrough in June 2015 parliamentary polls, weakening the standing of Erdogan’s party.

He also attracted votes from secular Turks, who opposed Erdogan’s rule. Detractors however said he failed to distance himself from the PKK. 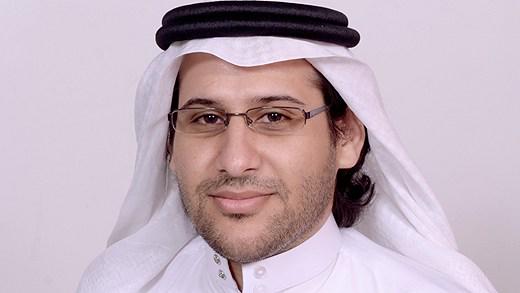 Lawyer’s Rights Watch Canada (LRWC) writes to ask you to take action to support our request that the Government of Saudi Arabia immediately take all steps necessary to release Waleed Abu al-Khair from prison and enable him to travel to Canada to receive the Law Society of Upper Canada 2016 Human Rights Award at the award ceremony on 22 February 2017 in Toronto Canada.

Waleed Abu al-Khair is a world renowned human rights lawyer, democracy advocate and founder of Monitor for Human Rights in Saudi Arabia (MHRSA), currently imprisoned in Dhahban Central Prison in Jeddah, Saudi Arabia.  He was arrested 14 April 2014 and sentenced on 6 July 2014 to 15 years in prison, a consecutive 15 year travel ban and a 200,000SAR fine.

Calls for the immediate release of Waleed Abu al-Khair

The UN Working Group on Arbitrary Detention (WGAD) in October 2015 recommended that Saudi Arabia immediately release Waleed Abu al-Khair after designating his trial as unfair and his detention as arbitrary and in contravention of Articles 9, 10, 19 and 20 of the Universal Declaration of Human Rights. [1]  An additional Complaint to the WGAD, filed jointly by LRWC and other international human rights organizations on 15 April 2015,[2] has not, to our knowledge, yet been considered.

“Chunfu was thin like sticks, he was pale, his eyes lifeless.” This was the initial reaction of Bi Liping when she opened her apartment door on January 12, 2017, and found her husband, human rights lawyer Li Chunfu. After more than 500 days of secret detention, Li had been “released on bail.”

It was soon apparent that the once tough, lively human rights defender had changed dramatically, and not just in terms of his appearance: Li is now fearful and paranoid. When he first arrived home, he was too afraid to enter; once he did he was too afraid to leave. Soon after his abrupt release, a Beijing psychiatric hospital gave him a tentative diagnosis of schizophrenia.

Li is one of the more than 300 human rights lawyers and advocates whom the Chinese authorities rounded up nationwide in July 2015. Though most have been released, four remain detained while two were imprisoned. Others “released on bail” have been forced into silence. Li’s situation raises alarms over the treatment of those still held.

Li grew up poor in Henan Province, dropping out of school to work in factories. He eventually taught himself law and started practicing in 2005. He chose to become a human rights lawyer, one who “cherished each case he took,” according to his sister-in-law. Li’s life experiences fighting injustice made him a strong figure.