A car bombing has killed at least two people outside a courthouse in the Turkish city of Izmir, followed by a gun battle between police and two suspected terrorists.

A police officer and member of courthouse staff died as a result of the suspected terror attack, regional governor Erol Ayyildiz told reporters.

He added that security forces identified the vehicle as a threat as it approached a checkpoint, causing the attackers to detonate their explosives and open fire.

At least 10 people were injured by the blast and ensuing gun battle, with a large number of judges and lawyers standing around the entrance to the courthouse at the time.

Gunfire broke out between police and men suspected to have orchestrated the attack at around 4pm local time (2pm GMT), CNN Turk reported.

Two suspects were shot dead at the scene, while a third attacker is thought to remain on the run.

Annual Report on Human Rights Defenders at Risk in 2016 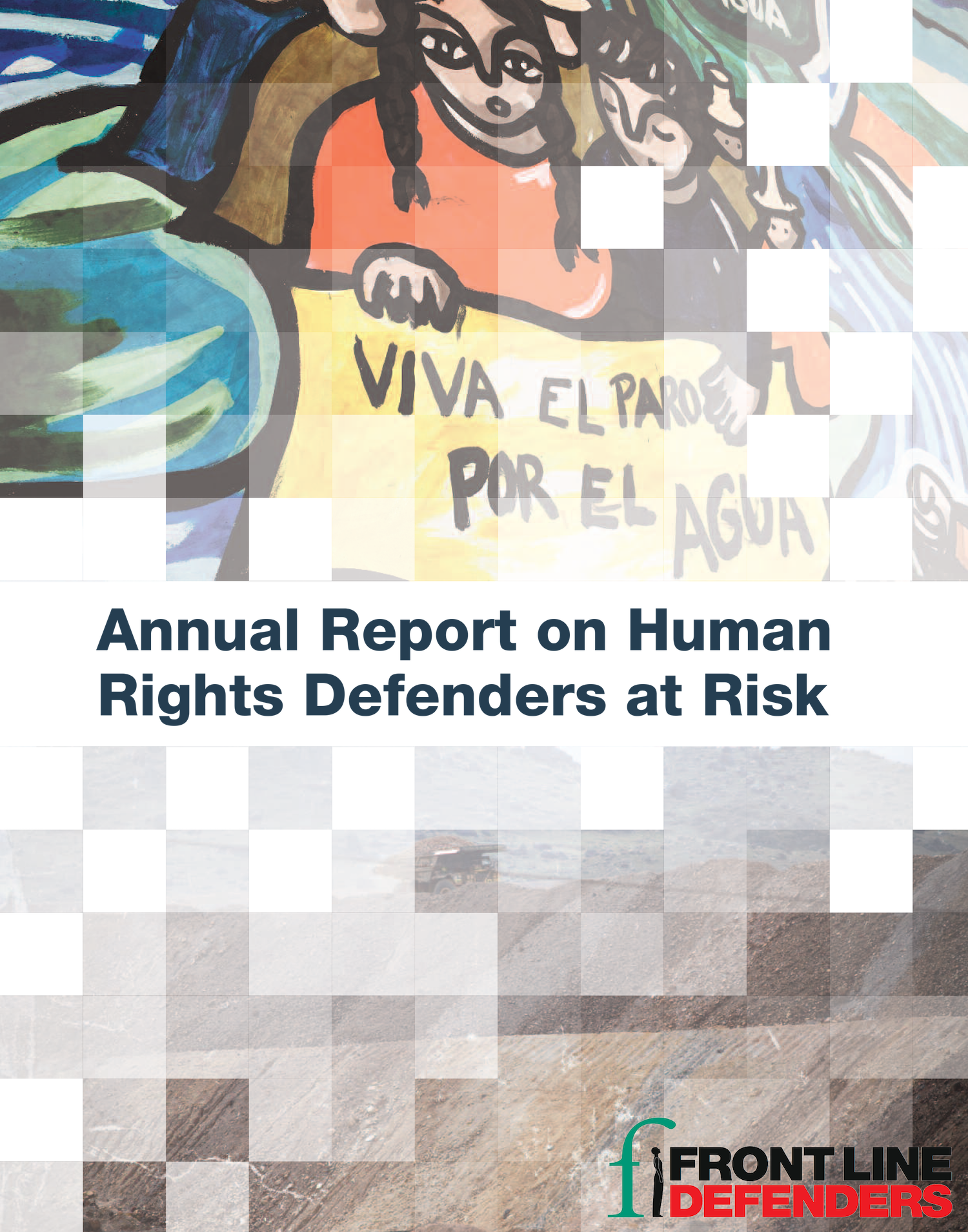 More than 1000 human rights defenders were killed, harassed, detained or subjected to smear campaigns in 2016, Front Line Defenders reported today at the launch of its annual report in Dublin. The Annual Report on Human Rights Defenders at Risk in 2016 documents hundreds of physical, legal, and social attacks on activists around the world in 2016.

According to the report, 282 human rights defenders were murdered in 25 countries, 49 percent of whom were defending land, indigenous and environmental rights. Front Line Defenders found that in the vast majority of cases, killings were preceded by warnings, death threats and intimidation which, when reported to police, were routinely ignored. The report highlights the devastating effects of activist murders on communities and social movements; according to Front Line Defenders research in Bangladesh, refusal by police to investigate death threats and protect human rights defenders led to increased self-censorship, a breakdown in activist networks, and more than two dozen human rights defenders fleeing the country.

“This report honours the hundreds of defenders killed in 2016,” said Front Line Defenders Executive Director Andrew Anderson. “We mourn their loss and celebrate their lives and achievements. Each and every peaceful HRD killed is an outrage. The scale of the killings in Brazil, Colombia, Guatemala, Honduras, Mexico and the Philippines is a bloody indictment of the governments concerned; it demands an urgent and systematic response.”

In addition to killings, over half of the cases reported by Front Line Defenders in 2016 concerned criminalisation, a tactic which the organisation calls “the first choice of governments to silence defenders and to dissuade others.” Arbitrary detention was widespread and ranged from a few hours in Nicaragua, to prevent HRDs from attending protests, to years-long house arrests in China.

China: BASIC REPORT ABOUT THE OPPRESSION OF LAWYERS IN CHINA

Approximately 300,000 lawyers are practising in China. Lawyers in China are closely monitored by the State for their work. Apart from direct intervention from the judicial bureaus and the lawyers association, lawyers are kept under control also by a controversial Annual Inspection system. In order to continue their practice, lawyers have to submit their lawyer’s licence to the judicial bureau, the executive branch of the judiciary, for inspection on an annual basis. They will be scrutinised for the cases they handled, especially the so-called “politically sensitive” ones, which are often with human rights and/or rule of law implications. A lawyer who fails the inspection will not be given a stamp on his or her licence. The stamp, which is an administrative measure and without legal basis, will determine if a lawyer can continue his or her practice in the following year. The authorities may also suspend the lawyer’s practice by holding the licence for a prolonged period of time, hence stopping the lawyer from practising.

In their daily practice, lawyers also encounter harassment and intimidation by the public security officers, a special branch of the police, and by the courts. They could be forbidden to meet their clients and/or to have access to files, often and again for the so-called politically sensitive cases. Situations of this kind may result in lawyers being criminally detained or subjected to violence if they insist that their procedural rights or due process be observed. Other measures against the rights of lawyers include forcing them and their family to constantly move home and/or forbidding them from travelling outside the country.

A Shanghai court has agreed to hear a defamation suit brought by the father of a human rights activist against a state-backed media outlet.

Jiang Lianghou, father of activist Jiang Tianyong, received a notice from the Jingan District People’s Court on Wednesday saying it had accepted his case against Shanghai Dongfang Newspaper, which owns news portal Thepaper.cn.

Jiang Lianghou claims the online news service published a report in December that damaged his son’s reputation. The report was republished in various other government-backed outlets, including Legal Daily and Procuratorate Daily.

“Jiang Lianghou is of view that the report in Thepaper.cn about Jiang Tianyong is not based on facts, judged him guilty before the court process and damaged his reputation,” according to a statement from Chen Jinxue, the son’s defence lawyer.

Jiang Lianghou filed similar suits in Beijing and Guangzhou against media outlets but they were rejected, according to Chen’s statement.

Jiang Tianyong, a lawyer until he was disbarred in 2009, went missing on November 21 in Changsha, Hunan province. He was later confirmed to be under heavy guard at a residential location in Zhengzhou, Henan province, on suspicion of subversion.

His disappearance drew international concern with numerous parties expressing fears for his welfare.

He had most recently helped to publicise the plight of nearly two dozen lawyers arrested in a broad crackdown that began in July last year and resulted in hundreds of rights campaigners being rounded up.