The Vietnamese government must immediately and unconditionally release human rights lawyer and blogger Nguyen Van Dai, L4L and other organizations said today. Nguyen Van Dai has been arbitrarily detained for exactly one year, without access to legal representation or any word of an upcoming trial.

Nguyen Van Dai was arrested on December 16, 2015, charged with “conducting propaganda against the State” under Article 88 of the Vietnamese Penal Code. Vietnamese authorities continue to remain silent regarding the investigation process, with no sign of his trial. Furthermore, neither his wife nor his lawyers have been granted visitation rights.

Nguyen Van Dai was stopped by police on the day of his arrest while on his way to meet with the European Union delegation participating in the bilateral human rights dialogue with Hanoi. His colleague Le Thu Ha was also arrested at the same time under the same charge and has been held incommunicado since. 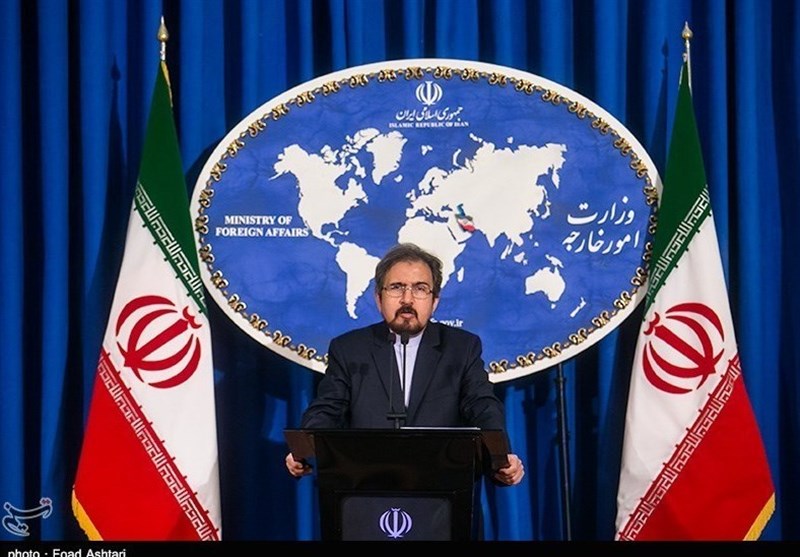 Two Iranian lawyers who had been arrested in Kenya “because of a misunderstanding” have been released and returned home on Thursday, Foreign Ministry Spokesman Bahram Qassemi said.

After serious diplomatic interaction with Kenya, the misunderstanding was cleared up and the two Iranian citizens were released on Wednesday night, Qassemi said on Thursday, noting that the lawyers arrived in Iran this morning.

According to the spokesman, Iran launched serious efforts, employed a team of prominent local jurists and also dispatched a diplomatic delegation to the East African country to secure the release of the two lawyers.

He also thanked the Kenyan government and judicial authorities for their sincere cooperation on the issue.

Earlier this month, Qassemi said the two lawyers had gone to Kenya to provide their Iranian clients jailed in Kenya with legal counseling, but were arrested by police when they were returning from a meeting with the prisoners.

The two Iranians and their Kenyan driver “were found taking video clips of the Israeli embassy,” according to a charge sheet produced in court, media reports said.

The three men were in a car belonging to the Iranian embassy when they were arrested on November 29.

Several civil society organizations are calling for a return to justice in Mozambique following a series of killings targeting lawyers and judges in the country.

Carlos Mondlane, president of the Mozambican Association of Judges, said that in recent years, criminals have tried to intimidate and silence the justice system through attacks against judges and lawyers. Another group, the Mozambican Human Rights League, said the killings were going unsolved because of police indiscipline, corruption and an absence of professional ethics.

The most recent examples of assassinations of jurists included the killings of Giles Cistac, a French-Mozambican lawyer shot in Maputo in 2015; senior prosecutor Marcelino Vilanculos, slain in April of this year; and Dinis Carlos Silica, another prosecutor.

The Philippine Drug Enforcement Agency (PDEA) has filed criminal complaints against a lawyer of the family of slain suspected drug lord Melvin Odicta Sr. even as lawyers’ groups raised alarm over how police treated their colleague.

Lawyer Marbehn Lumbo was accused of preventing the implementation of a search warrant for illegal drugs during a raid at the Odicta family compound in Barangay Malipayon last week, where three sons of the slain suspected drug lord were arrested.

Aside from the complaint for obstruction of justice, the PDEA in Western Visayas region also slapped Lumbo with another case for violation of Republic Act No. 1965, or the Comprehensive Dangerous Drugs Act of 2002, allegedly for being a “protector [or] coddler” of a drug den. The PDEA filed the complaints in the Iloilo City prosecutor’s office on Monday.

Burundi: Armel Niyongere: A duty to protect the voiceless in conflict-ridden Burundi, even in exile

Armel Niyongere loves the law. He became a lawyer because he cannot bear injustice. Living in war-torn Burundi were human rights violations occur on a daily basis, he decided to defend the voiceless victims. But this noble choice has a price: exile.

“Living outside the country with my family is difficult,” he said. “I see that they are in danger, that I am in danger.”

Harassed and threatened by the Burundian Government that also issued an international arrest warrant against him, Mr. Niyongere was forced to leave his home country in 2015 – and to take his family with him. Mr. Niyongere was among those who said it was unconstitutional for Pierre Nkurunziza to run for a third presidential term in April 2015. The candidacy announcement sparked weeks of widespread demonstrations, a failed coup attempt, and the arrest of hundreds of demonstrators framed as “terrorists”.

This permanent state of violence, with killings and injury of protesters and police officers having become routine, takes place in a country that had already suffered two ethnically-based genocides and a 12-year civil war that had left some 300,000 dead. It raises concern over another looming civil war and humanitarian crisis fuelled by propaganda aimed at dividing the country along ethnic lines.

In this unrest, the anti-torture organization Mr. Niyongere heads, Action des Chrétiens pour l’Abolition de la Torture (ACAT Burundi), was quickly outlawed, as were many other civil-society organizations that had been monitoring the human rights situation in Burundi. Its funding was frozen, leaving it incapable of any action from inside the country.