The ICJ intervened today before the European Court of Human Rights in the cases of three human rights lawyers who had been denied Bar membership because of their human rights activity.

The cases concern the compliance of the procedures of admission to and disbarment from the Bar Association of Azerbaijan of human rights lawyers Annagi Hajibeyli, Khalid Bagirov and Intigam Aliyev.

In its submissions, the ICJ stressed that, while lawyers have to perform their professional functions in conformity with ethical standards, the legal profession’s systems of admission and discipline must not enforce such obligations in a way that impairs the exercise of human rights by lawyers or their capacity to effectively represent their clients.

Based on the jurisprudence of the European Court of Human Rights, as well as international standards governing the legal profession, the ICJ submission addresses:

Azerbaijan: the independence and role of lawyers must be respected, ICJ report says

On 3 November 2016, Ms Sirikan Charoensiri, as known as June, a human rights lawyer who works for Thai Lawyers for Human Rights (TLHR) as a legal and documentation specialist, reported to the Dusit District Prosecutor’s Office in Bangkok to hear the prosecution order of her offences on refusing to comply with an order of competent officers and concealing evidence, charged under Sections 142 and 368 of the Thai Criminal Code. The prosecutor, having received the addition investigation of witnesses and evidence from the police, decided to postpone the meeting for the fourth time. Sirikan will report to the public prosecutor again to hear the prosecution order at 9.30 am on 17 January 2017 at the Department of Summary Litigation 3 (Dusit) in Bangkok.

According to the prosecutor, the police had finished the additional investigation of two witnesses and returned the case file back to the office. Earlier, the prosecutor had ordered the police to call additional witnesses for investigation and submit the case file back within 31 August 2016, later postponed to 30 September. Sirikan had previously listed five witnesses: two members of the New Democracy Movement (NDM)—Sirikan’s clients, Ms Yaowalak Anuphan—Head of the TLHR, an inquiry officer who received Sirikan’s complaint of malfeasance in office, and Sirikan herself; however, only two NDM activists, Mr Rangsiman Rome and Ms Chonthicha Jaengrew, were called. Having received further information on the case, the prosecutor stated more time for consideration, thus, rescheduled Sirikan to meet again at the Dusit District Prosecutor’s Office in Bangkok.

Note that this is the fourth postponement of Sirikan’s hearing of prosecution order in this case. The first hearing was set on 12 May 2016. Then it was rescheduled on 27 July 2016. Later, the meeting was postponed to 29 September 2016. Today, it was postponed again to 17 January next year. The case, consequently, has been under the public prosecutor’s consideration for more than six months.

The Philippines: Espinosa lawyer fears for her life

THE lawyer of Albuera (Leyte) mayor Rolando Espinosa, who was shot dead inside his jail cell on Saturday, fears she may be the killers’ next target, and has sought the help of the Volunteers Against Crime and Corruption (VACC).

In a letter to VACC chairman Dante Jimenez, Leilani Trinidad Villarino said she did not feel safe, fearing she might suffer the same fate as Espinosa’s former lawyer, Rogelio Bato Jr., who was gunned down in Tacloban City (Leyte) on August 23. The unidentified gunmen also killed the teenager who was with Bato.

“Considering the questionable circumstances surrounding the death of my client, I feel that I am also in danger. Due to the gravity and seriousness of the allegations of my client in his sworn statements implicating top politicians, police officials and other notable individuals, I fear that I will suffer the same fate as Atty. Bato,” she added.

Espinosa lawyer fears for her life 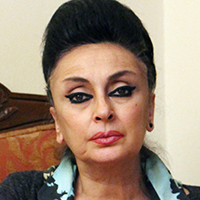 Lawyer Eren Keskin refuses to give up on justice. In 2014, she was convicted of “insulting the Turkish state” because she spoke out against the killing of a 12-year-old boy by the army. Since then, she has repeatedly faced arrest for articles published in the newspaper she used to edit. The government wants to throw her in jail for speaking out for justice. But Eren will not be silenced. Urge Turkey not to jail Eren.

(Unofficial translation to English: We regret the fact that Mr. #Malik_Adly was unable to attend the meeting, which he planned to attend in #France.
We hope that he can recover soon his rights, including the right to travel.
We reiterate our respect for fundamental freedoms, especially the #freedom of opinion and expression.)