A harsh 12-year sentence handed down Thursday by a Chinese court against prominent civil rights lawyer Xia Lin is stirring a heated debate online about the rule of law in China, and whether the case shows an abuse of legal procedure.

Xia, whose clients included dissident artist Ai Weiwei, was found guilty of defrauding several people out of at least 10 million yuan ($1.5 million) to pay off gambling debts. He is the latest of several rights activists, particularly defense lawyers, to be sentenced under the administration of President Xi Jinping, who has justified the crackdown on civil society as part of a broader campaign to boost security and stability.

Many netizens vented their frustration on Sina Weibo, China’s Twitter-like microblogging platform, over what they consider fabricated charges by the Beijing court against Xia. “The disgusting ruling lays bare the true meaning of so called ‘rule of law,’” wrote a Wei user who posted under the name What Happens to the Society, while another user commented, “guilty or not, the authorities have the final say, nothing to do with law.”

Under one Weibo posting, at least ten users responded with the same comment, “he who sets his mind to beat his dog will easily find his stick,” to satirize the country’s police state apparatus. 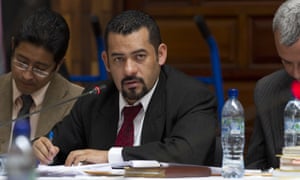