UAE: Call for the release of Dr. Mohammed Al-Roken, Emirati lawyer and former member of the UIA

The UIA invites you to support Dr. Mohammed Al-Roken, by signing an open letter to the Emirati government drafted by the International Centre for Justice and Human Rights (ICJHR) and calling for his release (see below).

Dr. Mohammand Al-Roken is a prominent Emirati human rights lawyer, former President of the UAE’s Jurists Association and former member of the UIA.

He was arrested as part of a wave of mass arrests that began in March 2012.

In July 2013, after a trial that was qualified as arbitrary by observers, Dr. Al-Roken was sentenced to 10 years of imprisonment, of which 3 were in probation for “establishing an organization that aims at overthrowing the government”, a charge he denied in court. He was also banned from practicing law.

Dr. Mohammed Al-Roken has devoted his life to the defense and promotion of the human rights and fundamental freedoms of others, emphasizing their universal essence and indivisibility.

Due to his human rights work and his defense of lawyers and political activists of all backgrounds, over the  past 10 years Dr. Mohammed Al-Roken was the target of continual harassment and surveillance proceedings. He has been arrested and detained several times, subjected to a travel ban, and also subjected to enforced disappearance.

Every name counts, so please add your name and the name of your function/organization by emailing  the ICJHR at icjhr.geneva@gmail.com.

For a detailed description of his case, please see the report below.

Within days after Tajikistan’s appearance before the UPR in May 2016, Tajik prosecutors demanded life sentences for four leaders of the banned Islamic Renaissance Party of Tajikistan (IRPT), the country’s main opposition party. The Supreme Court pronounced the sentences in the politically motivated cases in June: life terms for IRPT’s first deputy and deputy chairman, 28 years in prison for four party leaders, and lengthy prison terms for eight others.

Since the UPR, the political crackdown against the IRPT and other critics, including dozens of activists, journalists and lawyers, intensified. Authorities have arrested, disappeared, imprisoned, and tortured members of the country’s peaceful political opposition, and have also targeted perceived critics abroad.

Tajikistan accepted the recommendation to respect “the right to a fair trial, including as part of the ongoing trial against the leaders of the Islamic Renaissance Party of Tajikistan” (118.35). But in fact, it subjected them to a blatantly unfair trial, behind closed doors, marred by serious violations of due process and credible allegations of torture or ill-treatment in pre-trial detention. Tajikistan accepted the recommendations to “provide human rights defenders, including defence attorneys and political figures detained as a result of their political activities, such as [lawyers] Burzurgmehr Yorov, Shuhrat Qudratov, and Ishoq Tabarov and his sons, with fair, open, and transparent trials” (118.67). But in reality, they were detained on trumped-up charges for having attempted to represent the IRPT leaders on trial. On 19 September, only three days ago, a Tajik prosecutor demanded a 25-year sentence for human rights lawyer Burzurgmehr Yorov.

Azerbaijan: End of mission statement by Special Rapporteur on the situation of human rights defenders

This is my first visit to Azerbaijan, a country that has undergone significant changes over the past decades and that faces many geopolitical challenges. Let me begin by warmly thanking the Government of Azerbaijan for inviting me and for its cooperation throughout this visit. The objective of my visit was to assess, in the spirit of cooperation and dialogue, the environment in which human rights defenders and civil society operate in the country.

In Azerbaijan, human rights lawyers increasingly face challenges through a number of means, including criminal prosecutions, disciplinary action, and other administrative measures. This is despite the State’s obligation to guarantee that lawyers can discharge their professional duties and functions and their rights are protected. In my view, disbarments of human rights lawyers, together with criminal prosecutions, searches and freezing of their assets are part of the broader harassment facing human rights defenders in the country. The well-known cases of Intigam Aliyev, Aslan Ismayilov and Alaif Hasanov demonstrate the intimidation of independent lawyers through detention and lawsuits. The removal of lawyers from sensitive cases and holding them as a witness in the same case was used against Yalcin Imanov, for example, when he was defending employees of Radio Azadliq/Liberty in December 2014.

For those lawyers who are members of the bar association, disciplinary proceedings have been one of the main means of retaliation for their human rights or professional activities. I have reviewed the cases of at least four lawyers (Khalid Bagirov, Muzaffar Bakhsiyev, Alaif Hasanov and Aslan Ismayilov), who have been unjustifiably disbarred from the Bar Association. This is despite the fact that, in practice, the Bar Association suffers from significant institutional weaknesses, which raise serious questions about its legitimacy and puts the ability of the body to effectively regulate the profession in severe doubt.

Prominent Chinese rights lawyer Wang Yu, who was ‘released’ on bail after being held for more than a year on subversion charges, is now under tight surveillance akin to house arrest along with her whole family, her lawyer told RFA.

Concerns are growing for the safety of dozens of human rights lawyers and associates locked up in an unknown location by the Chinese authorities in a crackdown that started in July 2015.

Following a nationwide operation targeting rights lawyers, activists, their families, and employees, at least 19 of the more than 300 detained, questioned, or otherwise affected were held on suspicion of subversion with no access to a lawyer.

Wang Yu and her husband and colleague Bao Longjun were granted bail last month, but the couple has yet to be seen by friends or former colleagues.

According to a lawyer hired by the family, Bao Longjun and Wang Yu have been reunited with their son Bao Zhuoxuan and are currently living in an apartment rented for them by state security police, not far from their parents’ homes.

“They are under round-the-clock surveillance by state security police, including when they go out to buy groceries and when they receive permission to visit their parents, when the police go along with them,” lawyer Li Yuhan said. 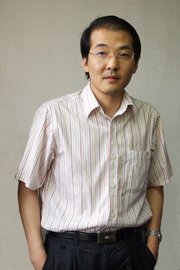 A Beijing lawyer whose clients included the artist Ai Weiweijoined the swelling population of Chinese rights advocates in prison on Thursday, when a court sentenced him to 12 years after convicting him on fraud charges.

The lawyer, Xia Lin, and his wife and supporters strongly rejected the prosecutors’ claim that he had defrauded people, and said the case was part of the government’s campaign to silence Chinese rights lawyers who have challenged arbitrary state power. There had been little doubt that the court in Beijing would declare Mr. Xia guilty: Defendants in politically sensitive cases rarely, if ever, walk free in China.

Even so, the heavy sentence came as a shock to his lawyers and supporters.

“After he heard the verdict, Xia Lin said the case had been procedurally unfair and he was being persecuted for his rights defense work, for the cases he took on,” one of his defense lawyers, Ding Xikui, who was in the court for the verdict, said in an interview. “He’s planning to appeal.”

Before his detention nearly two years ago, Mr. Xia, 46, frequently represented clients who were at odds with the authorities. They included Mr. Ai, the artist-provocateur whose works often dwell on censorship and oppression.

Lawyer Xia Lin Will be Sentenced on September 22, and It Will Have Nothing to Do With the Law 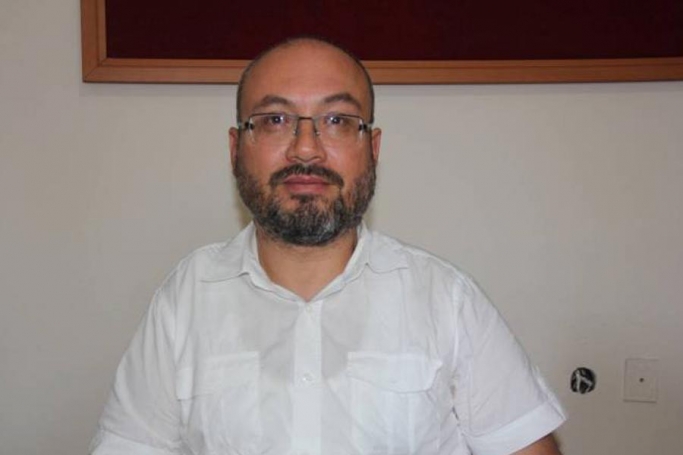 (About the release from detention of Turkish lawyer Münip Ermis)

Over the last three years, the Chinese Human Rights Lawyers Group has been an open platform for lawyers, offering them a channel to get to know one another, exchange their thoughts, and put out calls for mutual aid. It has also become the main force in “effective criminal defense,” Chinese-style. We deeply believe that behind these achievements lies the fact that human rights is not a dull, abstract idea, or some unfathomable theory — the universality of human rights is already deeply rooted in the hearts of the Chinese people. They spring every moment from the human experiences of freedom, safety, equality, and dignity. We realize that as long as there are lawyers, they’ll inevitably defend rights, they must defend rights, and that in the final analysis, all that they do is directed toward safeguarding human rights. Thus, the Human Rights Lawyers Group is extremely happy to become a bridge, operating within a legal framework, for Chinese lawyers to throw themselves into the work of safeguarding human rights in whatever form it may take.

USA: Lawyer Arrested In Courthouse For Asking Police A Question Is Hitting Back With Lawsuit

Earlier this year, police arrested a San Francisco deputy public defender at the Hall of Justice on a trumped up charge of “obstructing” the police. The whole thing was caught on video, and now that recording has let to her filing a federal civil rights lawsuit against the officers who handcuffed and detained her.

All that Jami Tillotson had done was questioned the officers as to why they had been photographing one of her clients outside of a courtroom. She seemed to have feared there was some sort of police intimidation implied through the police actions, but ultimately, all she did was asked a question.

Watch the video of the incident in the local report below…

Prisoner of conscience Ahmed Abdullah was released on bail on 10 September after spending over four months in detention without trial.
A Cairo criminal court ordered the release of Ahmed Abdullah and four co-defendants on 10 September against a bail payment of 1,000 Egyptian pounds (approximately US$ 113). However, prosecutors have not formally closed their investigation.
This decision comes five days after a Cairo criminal court renewed his detention for a period of 45 days on 5 September, accepting an appeal by the Public Prosecution against a previous court order for his release. However, on 7 September, Ahmed Abdullah’s representatives were informed that he was due to appear in court again, and a new court date of 10 September was set. On 8 September, he was transferred from New Cairo Police Station No. 1 to Tora Prison, ahead of the hearing.
Ahmed Abdullah was arrested from his home ahead of planned protests in Cairo, as people took to the streets to demonstrate against the president’s decision to transfer two islands in the Red Sea to Saudi Arabia. He believes the real reason for his arrest is his work on enforced disappearance and on the case of Giulio Regeni, an Italian student whose tortured body was discovered on the outskirts of Cairo in February this year. Ahmed Abdullah heads the board of the Egyptian Commission for Rights and Freedoms, which has exposed hundreds of enforced disappearances by state security forces.
Ahmed Abdullah reported being ill-treated upon arrest by the security forces, when an arresting officer struck him repeatedly on the head using the butt of his gun. The authorities have not opened an investigation into these allegations.
…