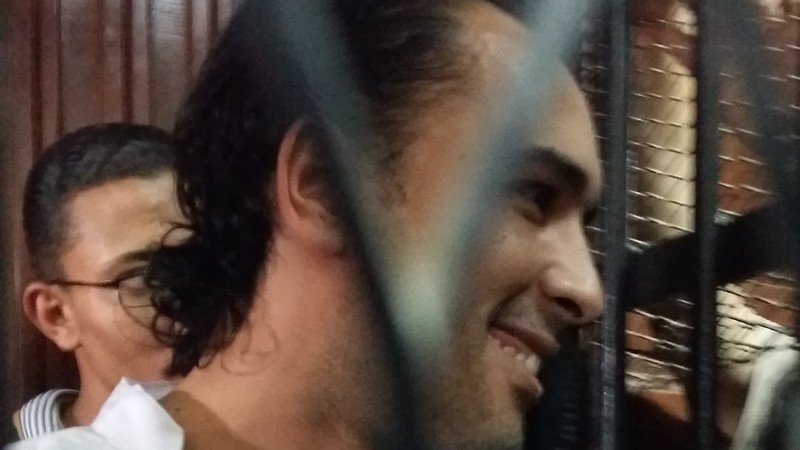 We are writing to express our grave concern at the continued ill-treatment of Malek Adly, prominent human rights lawyer and director of the Lawyers Network at the Egyptian Centre for Economic and Social Rights (ECESR) during pre-trial detention following his arrest on 5 May 2016. Mr Adly has endured more than three months of solitary confinement at the time of writing. His lawyers report that they have been refused permission to photocopy his case files and that the court denied Mr Adly the right to be represented by a lawyer of his choice in a recent appeal hearing against the extension of his detention. Mr Adly moreover has been admitted to the prison hospital several times, due to a chronic high blood pressure condition and lack of prescribed medicine. He suffers from exhaustion,  back pain, and sore joints in his leg. It is getting worse by the day as a result of sleeping on the floor and due to the extremely hot weather and the unbearable humidity. Mr Adly is denied his legal right to exercise according to prison regulations which is leading to most of the above conditions in his back and joints.

Following Mr Adly’s arrest on 5 May, he was accused of, inter alia, attempting to overthrow the ruling regime, affiliation to a banned organization, and broadcasting false news, all of which he denied during questioning. Malek Adly is leading a group of lawyers who filed a legal suit against Egypt’s decision to hand the two islands to Saudi Arabia. We note that the State Administrative court recently upheld the complainants’ case, thus annulling the transfer of the two islands.

Lawyer Tang Jingling is a prominent pioneer in the Weiquan (rights defense) movements in China. He devotes himself in bringing democracy and freedom to China.

Lawyer Tang had been a practicing lawyer since 1999, but was disqualified in 2005 because of his involvement in representing rights defense cases. Later, he launched and deployed various social movements with the concept of “non-violent civil disobedience” in order to free China with democracy. Prominent movements like “Red and White Roses Campaign” supporting the family of Gao Zhisheng, signature campaigns for Hu Jia and Guo Feixiong, launching co-signing “08 Charter’ movement etc.

Tang Jingling was first arrested in the country-scale arrest owing to the Jasmine Revolution in February 2011. His family was being harassed by the police once again, when Tang was helping Li Wangyang’s family in 2012.

Lawyer Tang was formally arrested in May 2014 for the alleged crime of “inciting subversion of state power”; and he eventually was sent to have his appeal with secret trial in Guangzhou No.1 Detention Centre, and verdict remain unchanged for being prisoned for 5 years.

Lawyers are boycotting the courts’ proceedings in different parts of the country on Monday in protest against Quetta tragedy.

They are holding demonstrations and demanding immediate arrest of the culprits.

In Islamabad, Pakistan Bar Council held a protest demonstration in front of the Parliament house on Monday.

Addressing the lawyers rally, Leader of Opposition in Senate Aitzaz Ahsan said the lawyers will never be scared of terrorist attacks. He said the brave lawyers are ready to face any challenge including that of terrorism.

Speaking on the occasion, Chief of Jamaat-e-Islami Sirajul Haq said the attack on lawyers in Quetta was an attack on Pakistan.

Zhou Shifeng’s final statement did not come quite as expected.

Like the other three activists tried in Tianjin at the start of the month, the head of Beijing’s Feng­rui law firm, where more than 10 employees were arrested last year in a crackdown on civil society, was supposed to read from a script.

He was supposed to express little beyond regret for his “subversive” acts and gratitude towards the prosecutors and judges, who sent him to jail for seven years, for handling the case “fairly”. It was also supposed to hit the headlines the next day.

But under the watch of attendees including journalists from the South China Morning Post and four overseas news organisations invited by the Ministry of Public Security, he delivered something very different.

In a 10-minute final statement, the Peking University law school master’s degree holder praised China’s legal system, saying it was “so much beyond the Western rule of law”, and that the trial would “stand the test of the world”.

The praise was not included in the official transcript published hours later. His speech was condensed into a few paragraphs, in which he pleaded guilty and thanked the court for its fairness.

There was also no reference to Zhou delivering his statement with his arms outstretched as if on a street soapbox, before court police gently pressed them down. The judge managed to interrupt after a few attempts.

“The trial fully represents the fairness of a socialist legal system with Chinese characteristics,” Zhou said after the verdict.

China: “My Name is Li Heping, and I Love Being a Lawyer”