Shubra al-Khema Prosecution accused Malek along with others of; attempting to overthrow the regime, changing the state’s constitution and government’s structure , joining one of the associations, bodies and organizations that aim at disrupting the Constitution and law’s provisions, preventing state institutions and its public authorities from carrying out their duties, harming national unity and social peace, and inciting to the purposes aforementioned by saying or writing, through one of the ways of printing and distribution, as well as disseminating false news, data, and rumors that may disturb public security.

China: Li Wenzu Framed and Taken to the Police Station by force this morning

Li Wenzu, wife of lawyer Wang Quanzhang who has been arrested in the 709 crackdown, left home at 9 this morning intending to meet her friend. She was tailed by 3 persons from Shijingshan District to the Liangmaqiao Station where they called the police and claimed to have been attacked by Li. Li was subsequently taken to the Xinyuanli Police Station in the Chaoyang District in Beijing.

【News of 709 Crackdown】
Lawyer Lin Qilei said that he received a call from Judges Li from Daye City at 17:20 on 12th August; He told Lin that defendant Yin Xu’an is having trial at 09:00 on 18th August upon charges of “picking quarrels and provoking trouble” in Daye Municipal Court, Hubei Province.

Lawyer Liu Zhengqing said that Wuchang District Court, Wuhan City, informed him that Wang Fang’s case is having trial at 09:00 on 18th August.

(UPDATE August 17: “Urgent notice from Lawyer Liu Zhengqing: he went to the Wuchang District Court this morning and exchanged opinions with the judge-in-charge; Lawyer Liu was informed the trial of Wang Fang’s case which originally scheduled tomorrow morning (18Aug2016) would be cancelled; the trial arrangement awaits for further notifications.” source Chr Lawyers)

The ICJ said today that the attack on Ramón Cadena, its director in Central America, is deplorable evidence that human rights lawyers in Guatemala cannot carry out their activities without fear of reprisal.

Around a dozen armed men ransacked Ramón Cadena’s house in Guatemala City on Monday morning while he was attending a workshop elsewhere in the country.

The ICJ regional director for Central America is the latest victim of a recent wave of harassment and intimidation against human rights defenders and legal and environmental activists in Guatemala and neighboring Honduras.

“The ICJ strongly condemns the attack against Ramón Cadena, which is most likely linked to his activities as a human rights lawyer,” said Wilder Tayler, ICJ Secretary General.

Ramón Cadena, a highly prominent human rights lawyer in the region, was a key witness in the trial of former President Efrain Rios Montt for his role in the alleged genocide and other atrocities committed during the civil war of the 1970s and 80s.

Ramón Cadena has also been providing legal advice and support (on behalf of the ICJ) to the communities fighting against mining projects in Guatemala.

“We urge the Guatemalan authorities to provide the much needed protection to Ramón Cadena and promptly and thoroughly investigate the attack to find the culprits. They must also combat the increasing threats and growing insecurity faced by human rights defenders in the country, which is a clear assault on human rights,” Tayler added.

ICJ strongly condemns attack on its director in Central America

On Aug 8, Advocate Aminullah Kakar was at the High Court in Quetta around 9am when he got to know about the fatal attack on Balochistan Bar Association’s President Bilal Anwar Kasi. He was among the first group of lawyers who immediately left for the Civil Hospital which is a five-minute drive from the court.

Speaking to Dawn by phone on Monday, Advocate Aminullah, who is also the former general secretary of the Balochistan Bar Association, narrated the events ahead of the attack at the hospital where lawyers had gathered to mourn their president’s killing. Aminullah was shifted to Karachi along with 26 other injured on the day the attack occurred.

On reaching the Civil Hospital, Aminullah first visited the mortuary where Kasi’s body was kept, “which had eight bullet wounds in the chest,” he added, and from there, approached Kasi’s family to ask them a few questions. 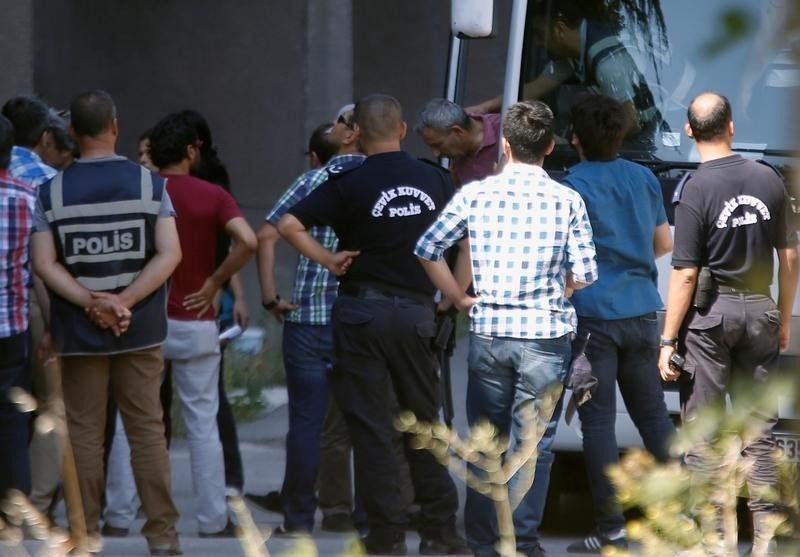 The operation is part of the ongoing investigation into alleged members of the Gulen movement following last month’s failed coup.

Since the abortive coup as many as 35,000 people have been detained, of which 17,000 have been placed under formal arrest.

In addition 76,000 civil servants, judges and security force members have been suspended and nearly 5,000 dismissed. 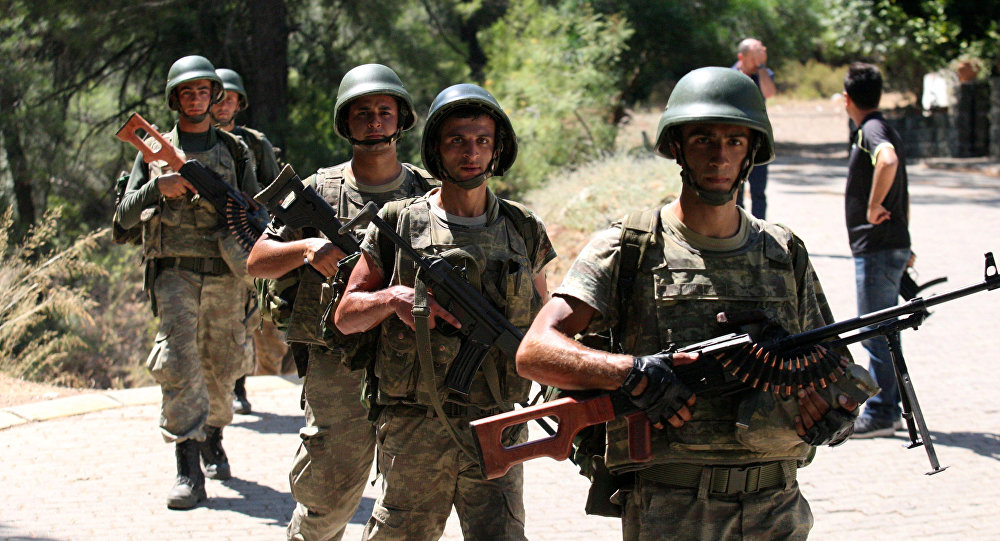 Turkish military detained Ekrem Beyaztas, chief prosecutor in Erzurum province, who was put on the wanted list after the thwarted July coup, as he tried to cross the Syrian-Turkish border in the province of Kilis, local media reported.

Turkish servicemen detained Beyaztas late on Sunday after he ignored warnings to stop at a border checkpoint, according to Turkey’s Hurriyet newspaper.

The Turkish authorities have started judicial and administrative proceeding against the prosecutor, the media outlet added, citing a statement by Kilis Governor’s Office.

On July 15, an attempted coup took place in Turkey that was suppressed the following day. According to the Turkish authorities, over 81,000 employees and officials were suspended from their duties or dismissed while there is an ongoing investigation into the coup attempt, with more than 13,000 people detained in connection to the plot.

L4L has called on the Attorney General of Malaysia to drop the sedition charges against lawyer N. Surendran.
In August 2014, two separate sedition charges were brought against mr. Surendran. We understand that both charges were connected to critical comments made by mr. Surendan in the context of the case of his client Datuk Seri Anwar Ibrahim, whom he represents in a criminal appeal against sodomy charges. The first sedition charge relates to a press statement issued by mr. Surendan, claiming the decision of the Court of Appeal in this case was ‘flawed, defensive and insupportable’, while the second charge concerns comments on the court decision in a video that was uploaded to YouTube.
Mr. Surendran has filed an application to the High Court, requesting the court to strike out his sedition charge. In his application, mr. Surendan has argued that the allegedly seditious comments he made in the YouTube video on August 8, 2014, were uttered as he was emerging from the Federal Court in Putrajaya in his capacity as Datuk Seri Anwar Ibrahim’s lawyer. On 24 June 2016, the High Court of Kuala Lumpur found the Sedition Act to be constitutional, and that sedition charges brought against N. Surendran are still valid. N. Surendran’s lawyers filed their appeal against the decision of the High Court on 27 June 2016 to the Court of Appeal.
L4L is worried about the situation of lawyers in Malaysia. There seem to be increasing attempts by the authorities to silence lawyers expressing critical views and opinions about the government. In March 2016, sedition investigations were initiated against four lawyers of the Malaysian Bar: Karen Cheah, Hector Fernandez, Francis Pereira and Shanmugam Ramasam.