Burundi: Government threatens reprisals and walks out during special review by UN Committee against Torture 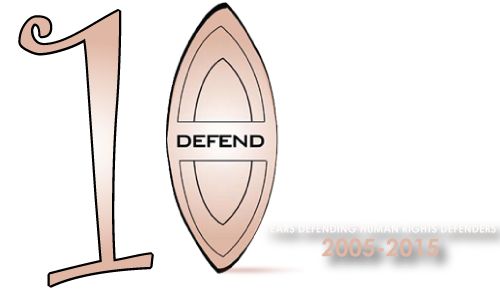 DefendDefenders (East and Horn of Africa Human Rights Defenders Project) strongly condemns the failure of Burundian authorities to provide adequate reassurance that four prominent lawyers will not face reprisals after providing testimony to the UN Committee against Torture (CAT). We also note with extreme concern the reluctance of the Burundian delegation to the United Nations to engage with the CAT in any meaningful way during the country’s special examination on 28 and 29 July 2016.

On 29 July, the Prosecutor General at the Court of Appeal of Bujumbura sent a letter to the President of the Burundi Bar Association asking to disbar Armel Niyongere, Lambert Nigarura, Dieudonné Bashirahishize, and Vital Nshimirimana, for their alleged involvement in an insurrectionist movement and an attempted coup.

However, as the CAT notes in a letter to the Burundian delegation on this subject, the Prosecutor General requested sanctions, rather than an inquiry to establish the facts, “which raises concern with respect to presumption of innocence.” The CAT also drew attention to the timing of the request, which DefendDefenders believes was made due to their engagement to ensure perpetrators of rights violations in Burundi are held to account.

The four lawyers and the organisations they represent contributed to an alternative report, which was submitted to the CAT by 17 civil society organisations including DefendDefenders, ahead of its 58th session. The report describes the alarming situation in Burundi since its last review in 2014, and highlights the worsening situation in light of the 2015 political crisis. It documents numerous violations of the Convention against Torture, including an increase of arbitrary arrests and detentions, and an increase in extrajudicial executions and enforced disappearances. Three of the lawyers attended the 58th session of the CAT in Geneva.

Burundi: Government threatens reprisals and walks out during special review by UN Committee against Torture

Jamaat-e-Islami leader Mir Quasem Ali’s son Mir Ahmed Bin Quasem, also a lawyer, has been picked up by civilian dressed men from his residence on Tuesday night, according to his family.

His wife Tahmina Akhtar told the Prothom Alo that after the calling-bell of their Mirpur DOHS house rang around 11:00pm, they opened the door and found five people standing.

“They enquired about my husband. By this time, my husband came to the scene and they told him to go along them,” claimed Tahmina Akhtar.
She said the five people did not disclose their identities even after repeated requests.

“When my husband declined to go along with them, they dragged him to the downstairs.”

Tahmina alleged that they put her husband into a big microbus and went away.
When contacted, Pallabi police station officer-in-charge Dadan Fakir said they have no information about the incident and the arrest of Ahmed Bin Quasem.

Lawyers in Pakistan set a week-long boycott of court proceedings to mourn and protest the most devastating terrorist attack specifically targeting lawyers.

In a report by the BBC, the country’s Supreme Court Bar Association (SCBA) and the Pakistan Bar Council (PBC) are quoted saying their members are expected to shun proceedings and mourn for a week.

The attack has reaped condemnation from lawyers worldwide, including from the Law Council of Australia.

A suicide bomber attacked on Monday while in a crowd of lawyers who gathered to mourn the shooting death earlier that day of Balochistan Bar Association president Bilal Anwar Kasi.

The attack which happened at the Sandeman Civil Hospital of Quetta, the Balochistan province capital, left at least 70 people killed and more than 100 injured.

In an interview with the BBC, Shah Mohammad, an official of the local bar association who was at the gathering when the bomb went off, said that he saw what “seemed to be hundreds” of bodies lying over each other as he ran after the blast.

“Some of the bodies were burning, some were torn to pieces. Many of them had been my lifelong colleagues,” the lawyer recalled of the hideous attack.

“We have been targeted because we always raise our voice for people’s rights and for democracy,” said Ali Zafar, SCBA president.

A HUMAN-RIGHTS lawyer and three activists have been found guilty of “subverting state power” in a series of trials in the northern city of Tianjin. With resonances of the show trials of China’s Cultural Revolution in the 1960s, they are the latest part of a crackdown on Western ideas and social and political activism that began in earnest after Xi Jinping became Communist Party chief in 2012.

The past year has been particularly intense for lawyers and activists, starting last July when 250 of them were detained by police. The four convicted between August 2nd and 5th were accused of being part of a foreign-backed, anti-party conspiracy and confessed their “crimes” in video footage.

Yet the crackdown on rights lawyers and political activists is not the whole story. It comes as incremental judicial reforms are taking place for less sensitive cases at a local level which mean that some citizens are making modest progress seeking redress through the courts. These two contradictory dynamics—old-style, top-down political pressure alongside some bottom-up legal empowerment—are part of the party’s carrot-and-stick approach to maintaining stability. While no one expects significant change at the top, the big question is how much impact the local level reforms can have.