Prominent Egyptian human rights lawyer Malek Adly, head of the legal unit for the Egyptian Center for Economic and Social Rights, has been held by Egyptian authorities in solitary confinement for 80 days. He is detained in a two by three square-meter cell and is not allowed recreation or exercise time. He is denied proper blood pressure medication, is not allowed to visit the prison mosque, and does not have access to a radio, newspaper, and books. His visits with family and counsel are monitored. But Adly’s case is not an aberration, but rather, the rule.

In the wake of an escalating crackdown on independent voices, Egypt has witnessed an upsurge in detentions, bringing the country’s prisons to 160 percent of capacity and lockups in police stations to 300 percent of capacity. Egyptian authorities have also been increasingly using pretrial detention as a punitive measure to silence activists, journalists, and peaceful political dissidents. The number of pretrial detainees in Egypt has exponentially increased under Al Sisi regime and the periods of pretrial detention have exceeded international legal standards and even domestic maximums. 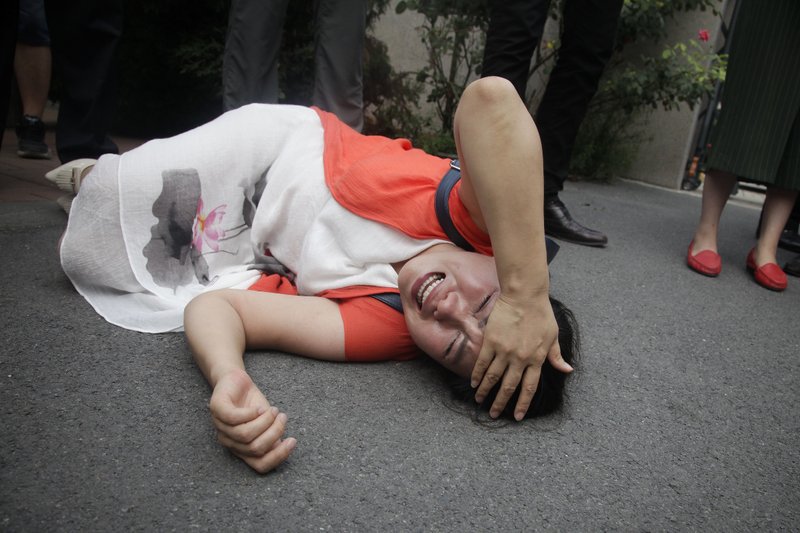 Around two dozen supporters of a prominent Chinese human rights lawyer and three activists charged with subversion protested outside a northern city court Monday amid widespread concerns that authorities were holding their trials in secret.

Flanked by Western diplomats, the supporters gathered outside the Tianjin No. 2 Intermediate People’s Court calling for information to be disclosed about the four, whose mid-July indictments were the latest move by authorities waging a massive crackdown on legal activism over the past year.

Supporters included the wife of Gou Hongguo, one of the activists who was indicted with subversion and thought to be standing trial Monday, together with Zhou Shifeng, the head of a law firm at the center of the crackdown.

Several hundred people nationwide have been questioned, with some of them detained and arrested, in the crackdown begun in July last year that has sent a chill through China’s legal system. Nearly two dozen of them remain in detention and face charges, the most serious of which includes subversion of state power — a charge that carries a maximum penalty of life imprisonment.

A prominent Chinese human rights lawyer detained over a year ago in a sweeping crackdown has been released on bail, Hong Kong media said Monday, as it showed her praising her jailers.

Wang Yu was among one of more than 200 lawyers and legal activists held last July in a swoop on those who had taken on civil rights cases considered sensitive by China’s ruling Communist Party, which tightly controls the court system.

She was bailed “in recent days,” Phoenix TV said. Such releases are rare in China, and usually signal a suspect will continue to be closely monitored but will not face trial.

“I experienced the legal civilisation of China and humane care,” Wang was shown saying on Phoenix, which has ties to China’s government.

The exact circumstances in which the interview took place on Sunday were not clear.

AFP was unable to contact Wang for comment, nor authorities in Tianjin, where she had been held.

Chinese state-run media often show televised “confessions” from suspects in detention or on bail, in what lawyers say violates their right to a fair trial.

(Beijing lawyer Wang Yu has been released from detention, but apparently has been forced to recant.  She has slammed “foreign groups” for instilling ideas of democracy and human rights in her colleagues. N.B. See “comments” section for details)

The lawyer “Hisham Saad El Dafrawy”‘s family who is detainee in Burj Al Arab prison has revealed that, he is exposed to the intransigence and medical negligence that threatens his life.

His family appealed to human rights organizations to intervene to save him after the deterioration of his feet and the prison administration ignored for treatment, and its intransigence by refusing to enter the necessary medications.

His family also confirmed that “Hisham” suffers from health problems in “the cartilage of back” prevent him from the movement, and difficulty walking and the movement alone, pointing out that medical sources called for a knee surgery.
His family also added that, he is at the age of 52 years and comes out on a chair in the visit for his inability to walk alone and his complaint and pain increase day after day, and the prison administration does not care about it. 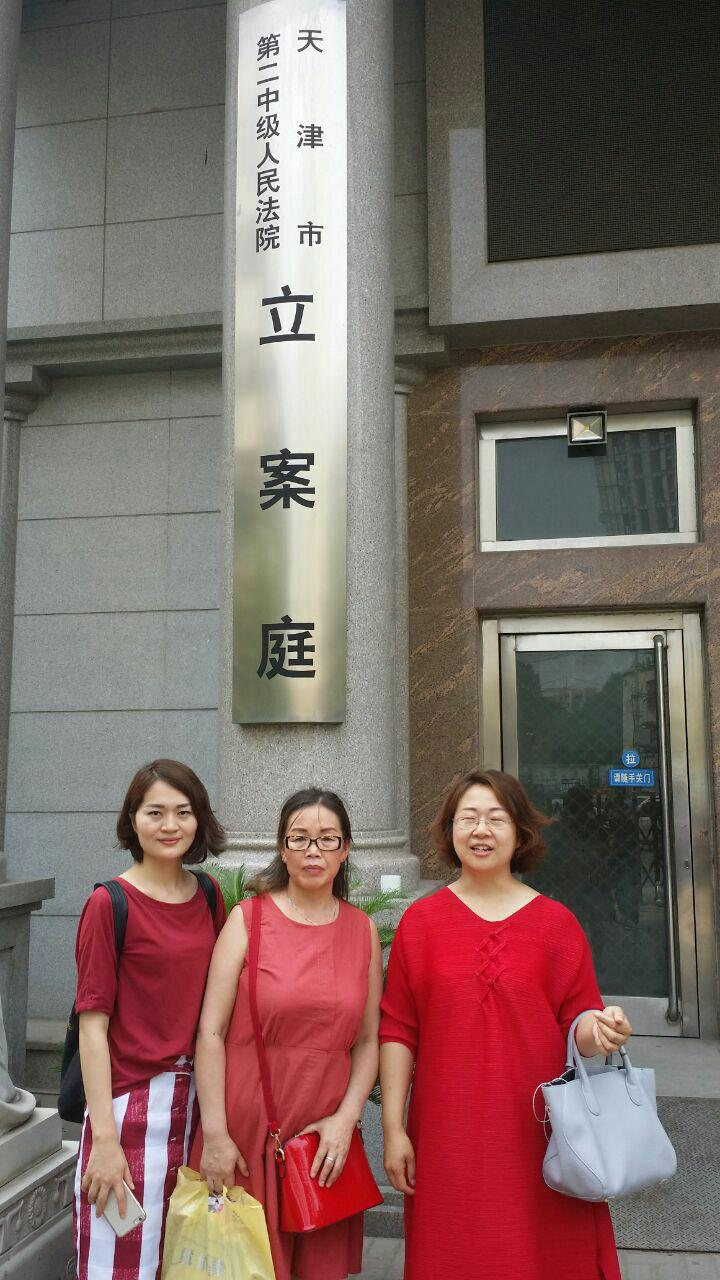 Four rights defenders held incommunicado for over one year may face imminent trial at the Tianjin No. 2 Intermediate People’s Court on charges of “subversion of state power.” The trials may begin as soon as Monday, August 1, according to unconfirmed information CHRD received. Chinese authorities have failed to notify the detainees’ families nor their own lawyers. Several family members were briefly detained by police on Friday and two people disappeared on Sunday night as they tried to confirm with the court where and when the trials would take place. The right to a public trial is a human right. Chinese law requires authorities to notify lawyers and families at least three days before a trial takes place.

The secrecy surrounding the “709” detentions over the past year – from the initially unknown locations of detention, to blocked visits by lawyers, lack of information for families, to what looks now like planned secrete or abruptly announced trials – undermines any pretense of “fair” trial for these detainees.

The four—Hu Shigen, Gou Hongguo, Zhai Yanmin, and Zhou Shifeng—are being held as a part of the “709 crackdown” on human rights lawyers that began in July 2015, and over 300 human rights lawyers and activists have been interrogated and intimidated or blocked from traveling abroad, while at least 20 remain in detention. The four men, who face a maximum sentence of life in prison if convicted of the “subversion” charges, are the only detainees known to have been indicted.

CHRD condemns the escalating persecution of human rights defenders under the pretext that they constitute a so-called “threat” to “national security.” We urge the Chinese government to immediately and unconditionally release all 20 individuals still held one year after the crackdown began.