Chinese prosecutors on Friday said they had formally charged a prominent human rights lawyer and three activists with “subverting state power” a year after detaining them in a sweeping crackdown.

Attorney Zhou Shifeng and activists Hu Shigen, Gou Hongguo and Zhai Yanmin will almost certainly face trial, following the announcement by prosecutors in the northern city of Tianjin on their verified microblog.

The men have been held since last July when more than 200 lawyers and activists were detained in a swoop on those who had taken on civil rights cases considered sensitive by China’s tightly controlled courts.

Around a dozen are still being held without access to independent lawyers or family members, accused by police of subverting state power.

The crackdown has sparked international condemnation, with the United Nation’s human rights commissioner as well as the European Union, United States and human rights groups calling for the lawyers to be freed. 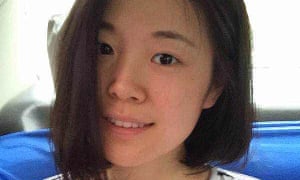 The mystery surrounding the fate of a young Chinese activist entangled in a major human rights crackdown has grown after her husband was unable to locate her despite police claims she had been freed from detention.

Zhao Wei, a 24-year-old legal assistant, was taken into secret detention in July 2015 at the start of a government offensive against human rights lawyers.

On 7 July this year police said Zhao, an employee of the prominent human rights lawyer Li Heping, who was also detained last year but remains in custody, had been released on bail as a result of her “confession” to unnamed offences.

Speaking to Hong Kong’s South China Morning Post this week from an unknown location Zhao claimed she had returned to her family home in Henan province and “was staying with her parents”.

However, when Zhao’s husband visited that home in the city of Jiyuan this week he found the two-storey building deserted.

Robert F. Kennedy Human Rights has submitted an urgent action and petition to the United Nations Working Group on Arbitrary Detention and an urgent action to the United Nations Special Rapporteur on Torture on behalf of prominent Egyptian human rights lawyer Malek Mostafa Adly Elgendy who has been severely mistreated and held in prolonged solitary confinement for 69 days, placing his life at imminent risk.

“Malek has dedicated his life and worked tirelessly to defend the dignity and rights of all Egyptians, and now the government has placed his life in serious danger,” said Kerry Kennedy, President of Robert F. Kennedy Human Rights. “The brutal torture and prolonged solitary confinement of a prominent human rights defender like Mr. Adly demonstrates the lengths to which the Egyptian authorities are willing to go to silence all forms of peaceful dissent.”

Mr. Adly is a member of the Front for the Defense of Egyptian Protesters (FDEP)and head of the legal unit for the Egyptian Center for Economic and Social Rights (ECESR). As a prominent human rights lawyer, he has represented countless peaceful protesters and civil society organizations, and litigated a number of critical rights cases in Egypt. Mr. Adly was arrested on May 5, 2016 on the pretense that his activism on the Tiran and Sanafir island transfer deal represented an existential threat to the Egyptian state. He was beaten by authorities, and ever since, has been held in prolonged solitary confinement, denied proper medical treatment, and prevented from fully challenging his detention before an impartial court of law, all resulting in a severe deterioration in his physical and mental health.

The whereabouts of Chinese legal aide Zhao Wei following her reported release from detention last week remained unclear on Thursday as her husband traveled to Zhao’s parents’ home in central China and found it empty.

Zhao’s lawyer, Ren Quanniu, meanwhile, remained under interrogation and was denied access to his attorneys, his lawyers said.

Zhao, 24, was working as an assistant to a top Beijing rights lawyer when she was swept up in a crackdown on hundreds of human rights lawyers and defenders that began on July 9, 2015.

She was held for nearly a year in the police-run Tianjin No. 1 Detention Center on suspicion of “incitement to subvert state power” and released on bail last week, according to a July 7 posting on the social media account of police in the northern city of Tianjin.

Zhao, however, remains unaccounted for, and a Hong Kong newspaper report that quoted her as saying she was resting with her parents in Henan province turned out to be incorrect.