We, the undersigned, unequivocally condemn the efforts of the Ministry of Home Affairs to persecute the Lawyers Collective (LC), Indira Jaising and Anand Grover in order to obstruct the legal and human rights work being carried out by them.

We condemn the suspension of the FCRA registration of LC, as well as the mala fide and motivated manner in which the Ministry of Home Affairs, in a blatant violation of law, leaked the suspension notice to the press even before providing LC with a copy of the same.

There has been a systematic campaign and abuse of the legal process by the Central Government to malign Indira Jaising and Anand Grover as well as LC over the past six months. The suspension of LC’s FCRA registration is nothing but an escalation of the Government’s campaign to crush dissent and criminalise any person or organisation that questions or opposes the violation of fundamental rights and human rights by the State and its agencies.

The motivated campaign and actions against LC fit neatly into the present Government’s concerted campaign against marginalised and oppressed sections of society and any person, whether students, activists, academics or individuals who question the policies, actions and the abuse of power by the government.

Senior Advocates Indira Jaising and Anand Grover have an exceptional profile of public service, probity and personal and professional integrity as lawyers and as human rights activists. Their work has received global recognition. 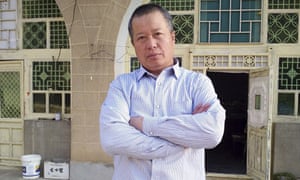 One of the most outspoken dissidents still living in mainland China has vowed to expose “the truth and crimes” of his country’s Communist rulers after publishing a chilling account of years of torture and persecution he claims to have suffered.

Gao Zhisheng – a 52-year-old human rights lawyer who activists say has endured years of horrific abuse at the hands of authorities – has been under virtual house arrest since his release from prison in 2014.

Despite living under almost constant surveillance Gao was able to pen a detailed memoir of his alleged treatment and to have it smuggled out of the country. The book, entitled Stand Up China 2017 – China’s Hope: What I Learned During Five Years as a Political Prisoner, was published this week in Taiwan.

“This book is my way of posing resistance,” Gao told the Associated Press in an interview conducted over a messaging app to avoid surveillance. “I wrote it secretly because I had to hide from the minders who watch me around the clock.”

The action came following the detention for 15 days of two lawyers pending investigations over charges of unlicensed protest, stirring riots, and disrupting public clerks from executing their jobs, according to state-run newspaper Akhabr Al Youm.

The strike took place following a crisis that erupted when lawyers from Abu Kabir in Sharqeya Governorate gathered last Thursday inside the Abu Kabir court to express anger over the mistreatment of a prosecutor after he refused to settle an argument that erupted between one of the lawyers and a clerk inside the court.

The prosecutor, besides his aforementioned refusal, expelled the lawyer. This action stirred outrage among lawyers, leading them to strike, according to the lawyers’ narrative published on the Sharqeya Lawyers Syndicate Facebook page on Monday.

In a letter of 9 June 2016, L4L calls upon the Egyptian authorities to immediately end criminal investigations and drop all charges against lawyer Negad El-Borai. L4L has reason to believe that the charges relate to his legitimate work as a human rights lawyer, especially his important contribution to the anti-torture legislation in Egypt. Recently there has been a major crackdown in Egypt directed at voices of dissent, including NGOs, human rights activists, journalists and lawyers.

This all began when in April 2015 United Group sent a letter to President Al Sisi with attached a complete draft bill on the prevention of torture and ill-treatment. This draft anti-torture bill includes provisions criminalising and penalising acts of torture and illegal imprisonment, investigative regulations, rights of the victims (including a minimum amount of compensation), superior criminal responsibility for the heads of police stations or detentions centres, and the creation of a permanent anti-torture board. Recently Negad El-Borai has also submitted the draft bill to the Court of Cassation and the Parliament, again calling for its promulgation.