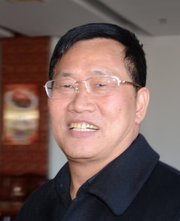 The Chinese police have recommended prosecution on a charge of subversion for Zhou Shifeng, a prominent lawyer whose arrest last year formed the focus of a campaign to discredit and dissolve networks of rights-focused defense lawyers who challenged the government, one of his former colleagues said on Monday.

Nearly a year has passed since Mr. Zhou and other lawyers, legal associates and rights advocates were rounded up by the authorities, who accused them of abusing court proceedings and stirring up protests in a bid to win personal fame and discredit the Communist Party. About 25 remain in detention or missing, presumed detained, and their families and supporters have adamantly rejected the allegations, although they have had no access to the detainees.

Over the weekend, the police told Mr. Zhou’s family that they had recommended indictment on suspicion of “subverting state power,” said Liu Xiaoyuan, a former colleague of Mr. Zhou’s, citing word from Mr. Zhou’s family. Mr. Liu said the subversion charge was particularly serious and, if successfully prosecuted, could lead to a prison term of at least a decade.

On 11 June 2016, the Chief Justice of Somaliland issued a decree annulling the previous ministerial decision that revoked Guleid Ahmed Jama’s license to practice law. The ruling of the Chief Justice stated that the minister had no power to terminate the license. He also ruled that being a member of a human rights organization is not incompatible with legal practice. Guleid Ahmed Jama thanked L4L for our support.

Rights lawyer Malek Adly is suffering illegal conditions in prison and the arbitrary punishment against him continues. He is not allowed out of his cell and his health is deteriorating rapidly, according to his wife Asmaa Aly.

Adly has been kept in solitary confinement for more than a month. Aly said that her husband is not allowed out of his cell, not even for exercise. His joints have started to stiffen and he is incapable of moving his legs properly due to the lack of movement.

She added that he suffers from severe back pain as he is not allowed a bed and has to sleep on the floor. “I just want the prison’s regulations chart to be applied to him; I don’t want him to leave prison sick,” Aly concluded.

Lawyer Tarek Al-Awady wonders: “where is the entertainment in the arbitrary punishments against Adly?” What is happening is a violation of the law and an attempt to oppress and humiliate Adly, he added.