Four years after it renounced violence, the Basque terrorist group breathes its last without dissolving, while many hope a change in government in Madrid will finally turn the page on decades of conflict.

Police pressure on Eta has not let up however — in January the authorities arrested five lawyers who were among the top defenders of the 427 jailed members of the group.

The operation hurt Eta’s efforts to “coordinate and maintain discipline” since the lawyers would pass on messages between group members, according to Spain’s chief prosecutor for terrorism cases, Javier Zaragoza. 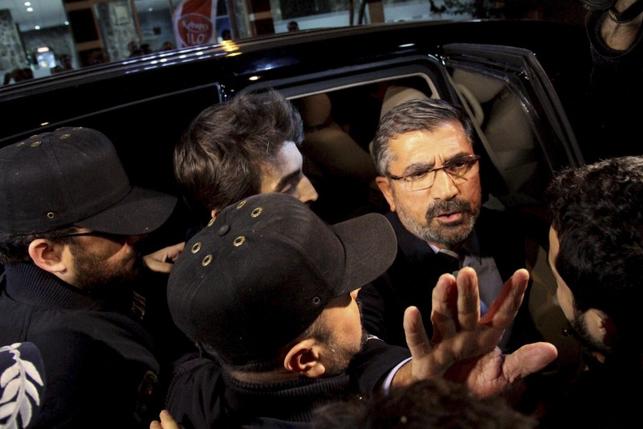 (Tahir Elci, the head of Diyarbakir Bar Association, (2nd R) is escorted by plainclothes police officers as he leaves from his office in Diyarbakir, Turkey, early October 20, 2015. REUTERS/SERTAC KAYAR)

A top Kurdish lawyer in conflict-riven southeast Turkey faces trial after saying the Kurdistan Workers Party (PKK), whose guerrillas are battling Turkish security forces, is not a terrorist group.

Police detained Tahir Elci, who heads the bar association of Diyarbakir province in southeast Turkey, during a pre-dawn raid on Tuesday on his office. An Istanbul court later ordered his release pending the trial, on condition that he not leave the country and that he report regularly to the authorities, his lawyer Mehmet Emin Aktar said.

China: David Cameron should speak out on China human rights in both public and private

An open letter from NGOs to the Prime Minister

President Xi Jinping has committed his administration to comprehensively promoting the “rule of law”, which is even one part of his signature governance platform known as the “Four Comprehensives”. However, to name just one example, his administration has launched an unprecedented attack on the legal profession that is not in any way compatible with the spirit of promoting the “rule of law”.

Thank you to the 29,000 of you who took action to demand the release of more than 230 lawyers and activists have been targeted and branded as a ‘criminal gang’ by the Chinese authorities in a widespread crackdown since July 2015.

On Friday 16 October we handed your signatures in to the Chinese Ambassador in London and also called on the UK government to raise the case of these lawyers and activists during President Xi’s visit to the UK.

The UK must stop turning a blind eye to the plight of lawyers, campaigners and journalists that have been locked up simply because they have channeled the Chinese authorities.